Recording a day in the life of an artist doesn’t sound like a particularly challenging assignment for a professional film crew. Unless that artist is Andrew Bone.

Born in Zimbabwe, Bone is known all over the world for his staggeringly detailed paintings of African wildlife. He captures those details the only way he knows how—by getting up close and personal with his wild subjects.

In this exclusive Park West video, you can see what happens when a film crew follows around an artist like Andrew Bone during his normal routine. 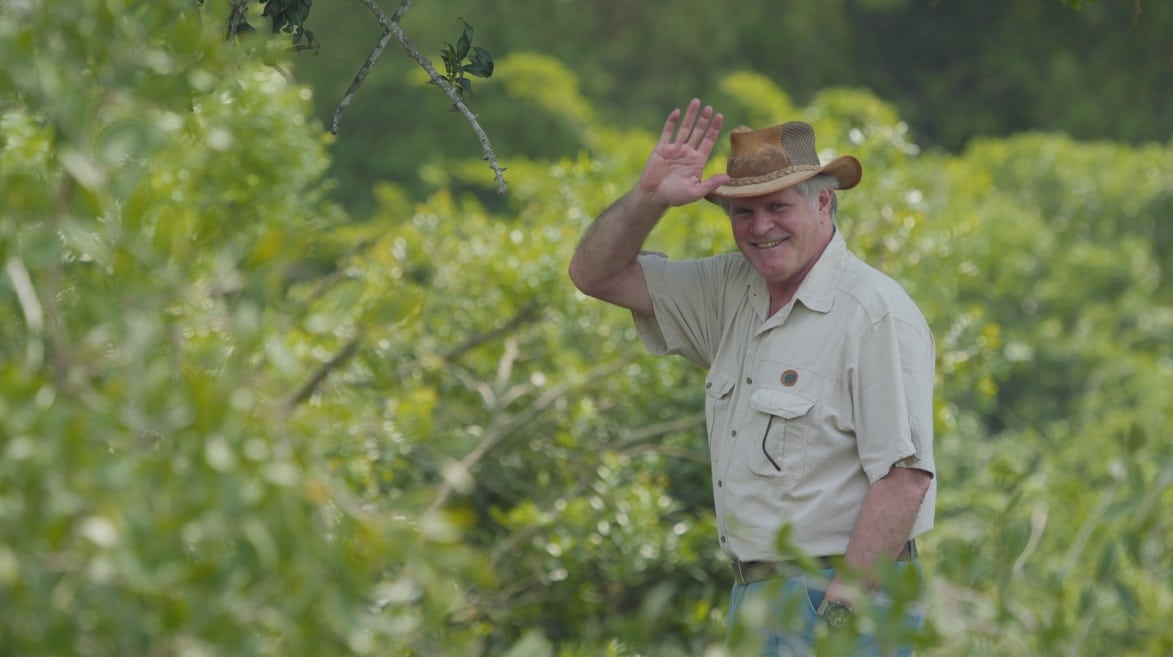 That routine involved heading into Hluhluwe-Imfolozi National Park, one of the oldest parks in South Africa, to encounter rhinos, elephants, zebras, giraffes, lions, and a whole lot more.

The crew came back with some amazing stories.

Did they find themselves sitting on top of a Land Rover, looking out for predators, while Bone helped the cameraman film a dung beetle? Yes. Did a lion unexpectedly wander into their camp one night? YES. 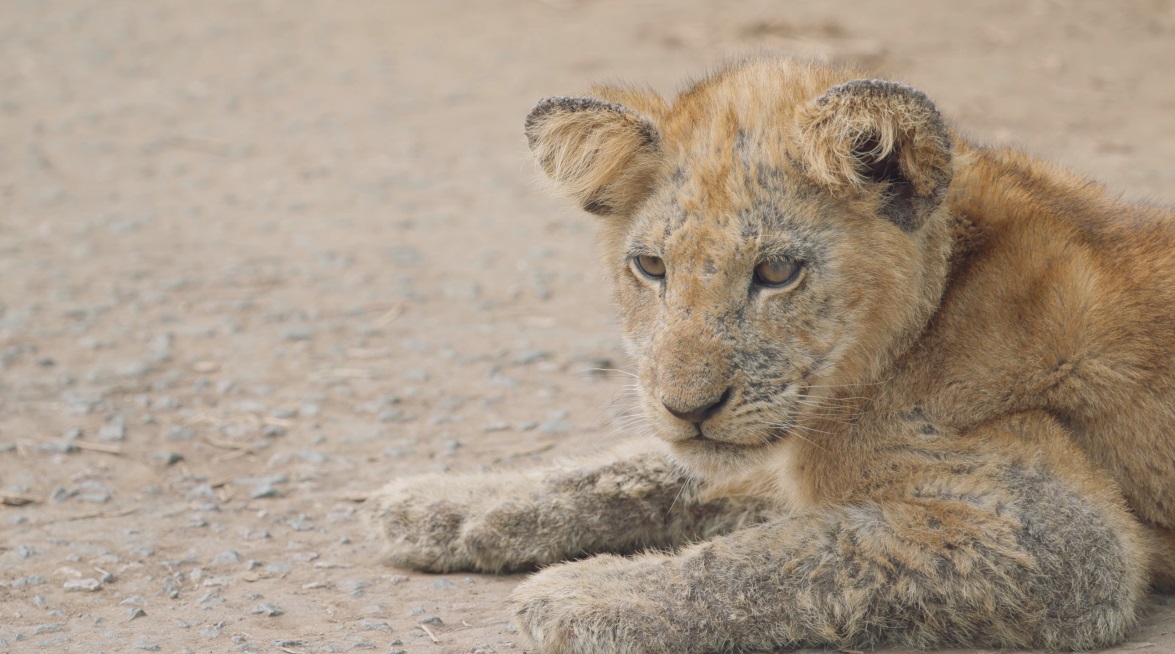 One of the lions the film crew encountered during their travels with Andrew Bone.

However, more than anything else, the Park West crew came back with a profound respect for Bone’s integrity as an artist and his steadfast devotion to promoting conservation efforts across the African continent.

“My art is twofold,” Bone says. “It’s a vehicle to achieve my aims in conservation but also, sitting behind the easel, my passion comes out in trying to be absolutely true to wildlife.” 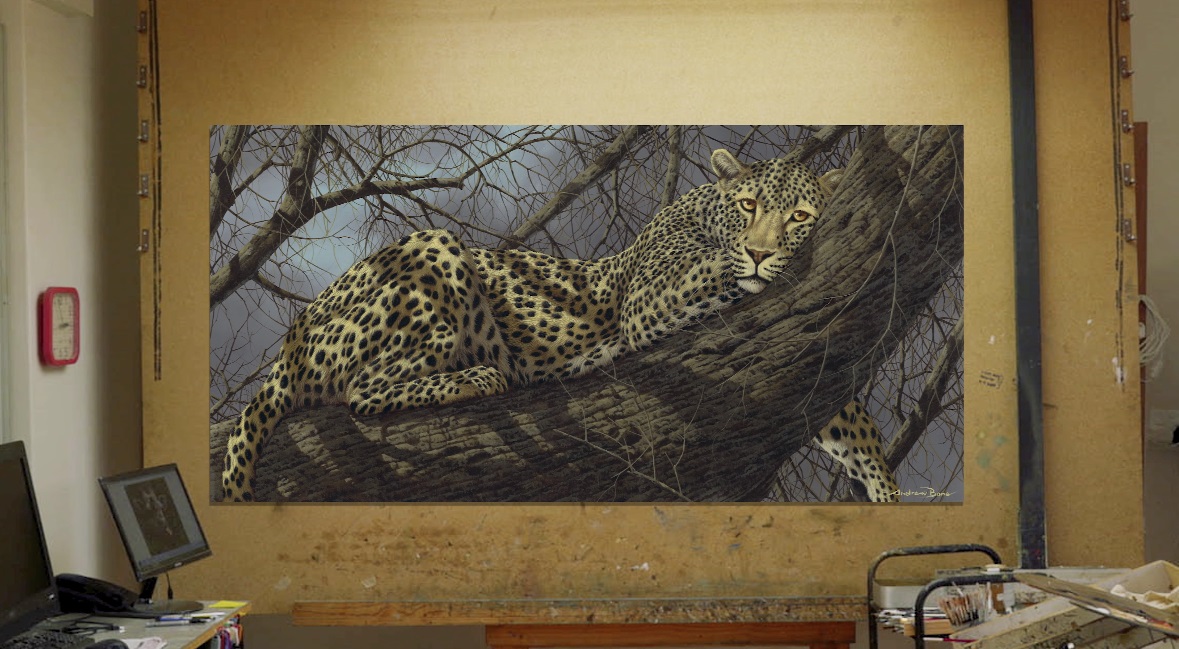 You can see that commitment to being “true” in every painting Bone creates. He begins his artistic process by going out into the wilderness with his camera and seeking out authentic experiences with Africa’s animal life.

He captures real, fleeting moments with his camera—an elephant charge, a lioness at rest, a curious leopard—and returns to his studio with new inspiration for his artwork. 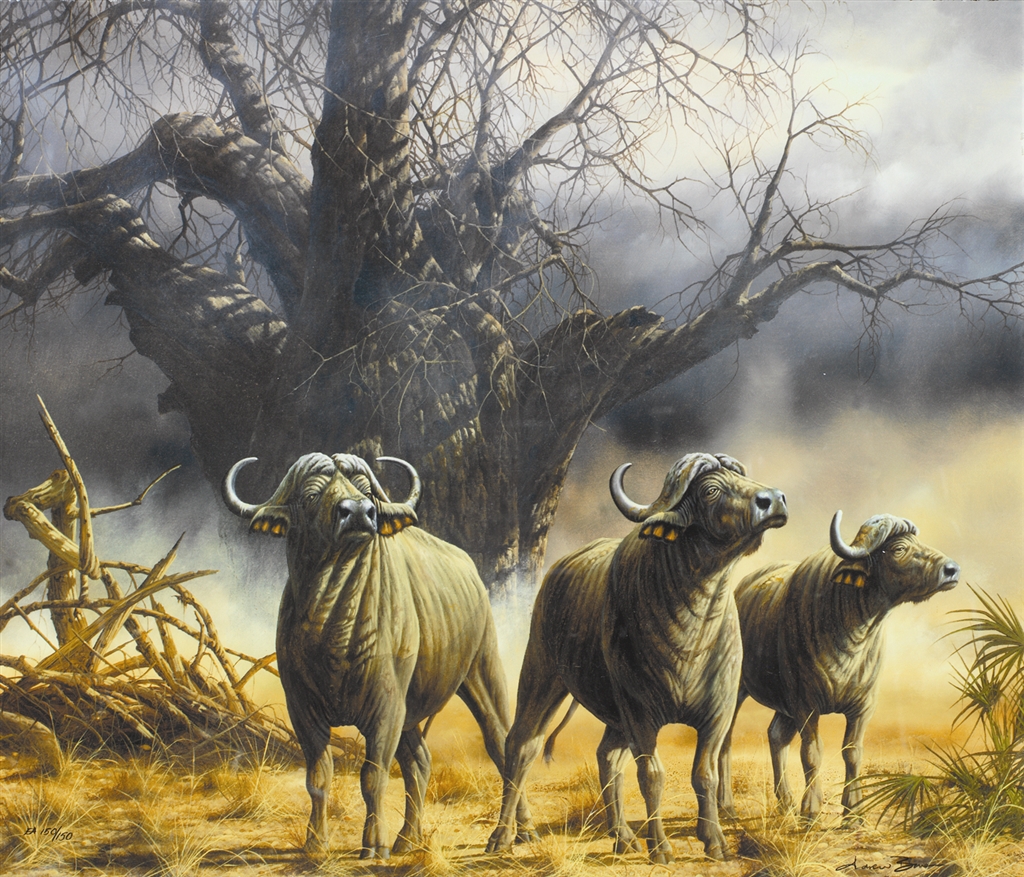 Bone’s intimate, first-hand knowledge allows him to paint his beloved animals with a level of subtlety and accuracy that few artists can match.

His passion for wildlife is also evident through his work with The Forever Wild Foundation, a nonprofit founded by Bone, which uses in-kind resources to support African conservation efforts. 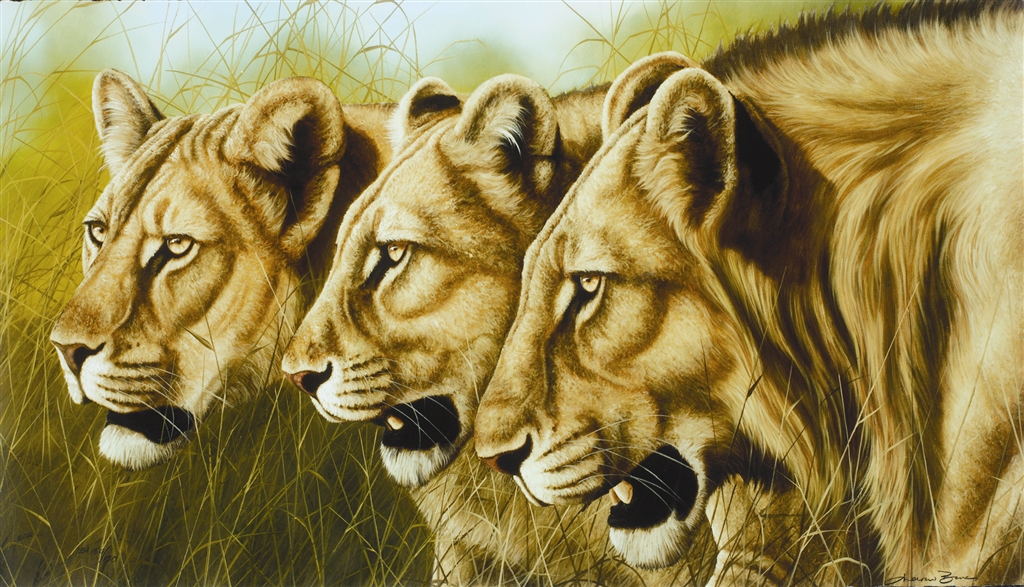 So, yes, an ordinary day for Andrew Bone is probably an extraordinary day for anyone else. Fortunately, we can always get a glimpse into his “normal” routine through his masterful, memorable art.

If you’re interested in collecting the art of Andrew Bone, contact our gallery consultants at (800) 521-9654 ext. 4 or at sales@parkwestgallery.com after hours. 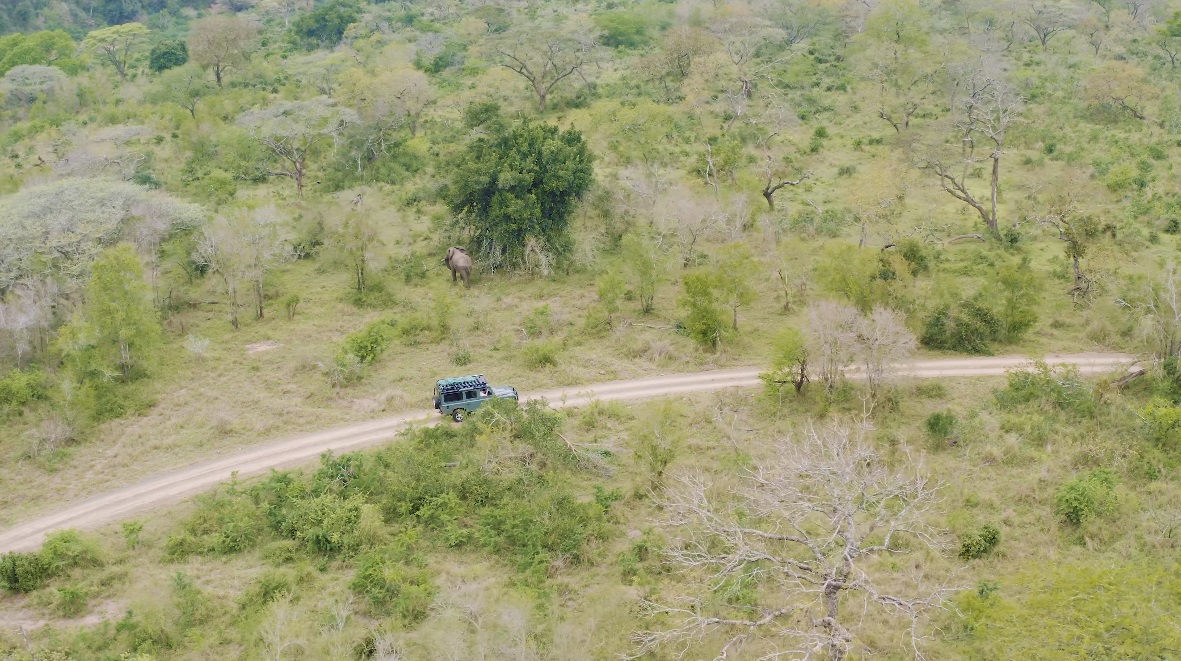 Bone’s Land Rover pushes forward, while a nearby elephant strolls away. 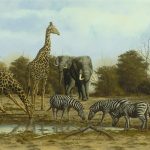