Meet David Gorman, the man who will help guide visitors of Park West Gallery into the world of fine art.

Gorman, a native of Monrovia, California, was recently brought on as Park West’s gallery director for its Southfield location, a position that will combine his passion for the arts and experience with art auctions.

Park West brought Gorman on as director a month ago to raise the exposure of the Southfield location through artist exhibitions and gallery events. Gorman said the position is a perfect fit for him and is excited for this next chapter in his career.

“Probably about three or four years into working with Park West on cruise ships I realized that I will retire with this business,” he said. “Not the art business specifically, but with Park West – I’m here for longevity.”

His initial connection with Park West began in 2007 when a friend’s mother purchased a Peter Max piece aboard a cruise ship and told him about it. As an art student, he saw Park West as an opportunity to work for a gallery and applied.

He came to Michigan for training and became an auctioneer on cruise ships for Park West Gallery, attending the Missouri Auction School to better himself. He served as an auctioneer from 2007 to June 2014.

“I took the job seriously, so I wanted to perfect my craft,” he said.

This betterment paid off, as he became a regional sales trainer in 2010, giving him the opportunity to learn management not only with his own team, but for multiple cruise ships.

As gallery director, Gorman anticipates new openings and artist events every six weeks in the coming year to expose people to one of the largest art collections in the country.

“There is going to be new art up all the time,” he said.

He said he considers Park West Gallery to be on the front line of the art world, so the great thing about his position is interacting with people and getting them interested in the fine arts.

“Maybe they’ve never collected art before, and maybe I’m their first experience that brings them into a more enriched life,” he said. “It’s up to us as art dealers and educators to really show the importance of fine art and involving yourself in the fine arts.”

In that vein, he finds one of the most rewarding aspects of working at Park West is hearing from people who he assisted with starting or growing an art collection.

Gorman’s respect and admiration of the art world stems from his own passion as a collector and painter. He said he was formally trained in oil painting, but took on acrylics when he was on cruise ships. 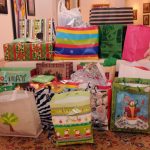