Seen above are donated gifts provided to youths by the Park West Foundation.

More than 200 youths received a Merry Christmas thanks to the efforts of the Park West Foundation’s (PWF) holiday donation drive.

PWF, formed in 2006, focuses on the plight of children that become wards of the state, especially those that are “aged out” from the state’s care when they are 18 to 21 years old. The foundation does so by utilizing partners and mentors to provide a support system for these children, including educational and health care resources.

In this case, it was providing happy holidays to around 200 youths. The donation drive began in October and ended around Christmas Day. Saba Gebrai, PWF program director, said the drive benefited both older youths who would be spending the holidays alone as well as youths that are still in the foster care system.

“The biggest thing is during the holidays because of the absence of family, and we also have university students who are home who are without family support,” she said. “For some people, the gifts that we gave were the only things they had for the holidays. It meant a lot to them that we reached out.”

Gebrai said the youth selected for the donation drive were those PWF has previously worked with. She said by having these prior relationships, the foundation knew which ones may not have a support system during the holidays.

“It’s really fun to be able to support about 200 youths,” she said. “There are some youth that are 20 or 21 and older that have children, so we were able to do something for their children.”

PWF asked the youths for their holiday wish lists. The requests included gift cards, toys and art supplies, but Gebrai said many of the requests were practical, asking for boots, winter coats, bedding and hygienic items. Gebrai said it made the donation drive all the more meaningful to be able to supply them with these items.

“Some people really focused on what they needed versus what they wanted,” she said. “There were quite a few parents of young people who just wanted the kids to have a good Christmas, and that is all they wanted; it’s what made them happy.”

Gebrai said youth volunteering with PWF were an integral part of the drive because they not only wrapped the gifts, but organized and delivered them as well.

“The youth themselves help us help each other,” she said. “That is one way we were able to connect with some of the youth that we targeted for this.” One set of donations stood out in Gebrai’s mind. A home had submitted a list earlier in the year, but the aged-out youth had to share the unfortunate news with her kids that they had to save their money to keep a roof over their heads instead of buying Christmas gifts. They were surprised not only by PWF’s delivery of gifts to their home on Christmas Eve, but also by a round of caroling from the volunteers.

“They were in shock, they were in tears, and the caroling at the house was extra meaningful,” Gebrai said.

In addition, four youths were sponsored on Christmas Day by Cheryl and Urs Pfister, who hosted a Christmas dinner and gift-giving at their home in Milford.

Among the sponsors for the donation drive were the PWF, Park West Gallery, the Michigan Youth Opportunity Initiative, the Church of the Holy Spirit, Bethany Lutheran Church and employees from Detroit Re-entry Center. 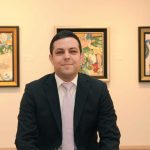 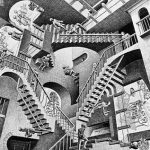