What started as a project for charity quickly became one of Craig Tracy’s favorite and most challenging creations.

The South China Tiger Foundation approached Tracy with creating a work of art to help raise awareness and funds for their organization. Tracy says tigers have been his favorite animal since he was a child, so he was immediately interested.

“It was the first time I ever created a piece that was specifically created for a charity,” he says. “I had no idea what I was going to do when I said yes to the project.”

The body painter found inspiration from American photographer Thomas Mangelsen, specifically from his photo, “Tiger Eyes.” From there, Tracy had to determine how he wanted to incorporate the human body into the image. He recalled using a woman’s torso as the centerpiece in a previous work of art, so he wanted to try a similar approach. 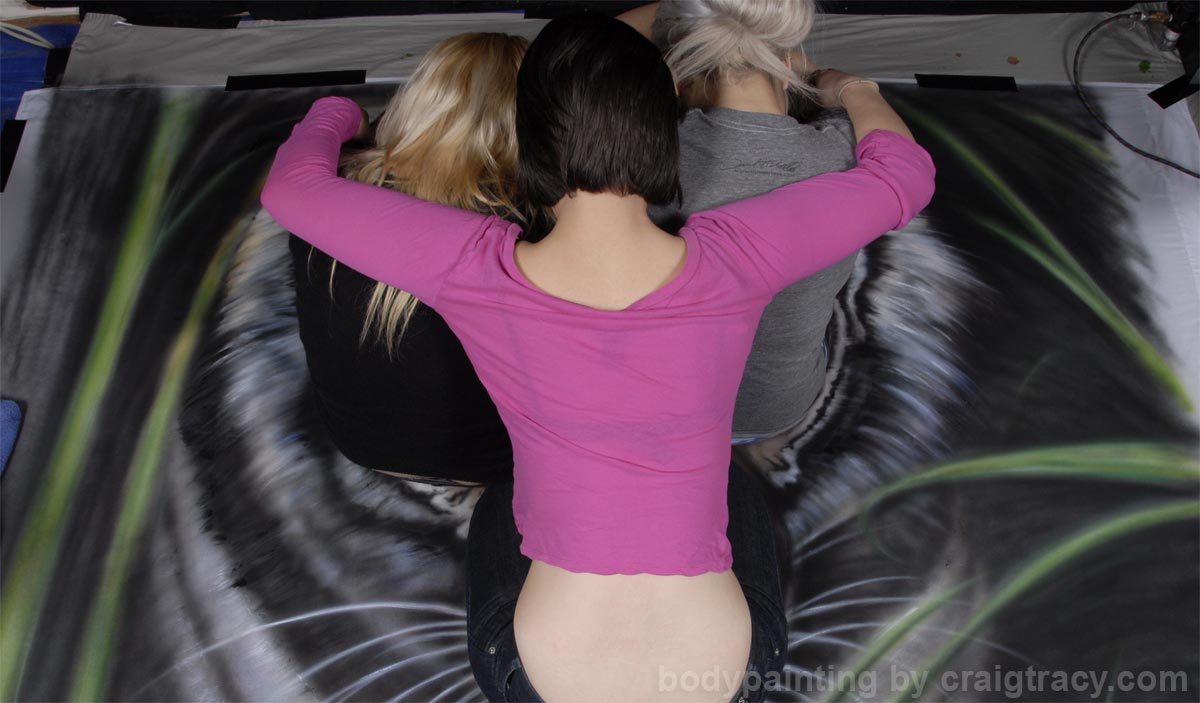 Tracy demonstrates the used of models in his artwork. (Photo courtesy of Craig Tracy)

Instead of one model, Tracy integrated three models into the artwork as a way of bringing the tiger’s face into the foreground. One model is positioned in the middle as the tiger’s nose while the other two are on either side of her. They were placed perfectly onto a backdrop Tracy meticulously measured and painted.

“When I created the piece, everything came together,” he says. “It was super hard to do, but once I did it and people understood how it was created, it went incredibly viral.”

Tracy doesn’t use post-production manipulation in his art, so he had to create a way of physically adding depth to the photo. The blades of grass in front of the tiger in the image are actually pieces of ribbon strategically placed in front of the camera.

“It’s the only time I ever used that sort of technique,” he says. “I’m an expert at looking at this sort of work, and if I looked at this piece I would be convinced there was Photoshop in this work, and I’m so happy that it isn’t, that it’s actually, physically real.”

Today, the image is available from Park West Gallery as a digital multiple on metal. These limited editions not only bring out the vibrancy of Tracy’s work, but are tested to last for 120 years before showing signs of fading.

“I love what metal offers the viewer of the work,” he says. “I love color, and so this process allows that color to be vivid, bold and pure.”

Contact our gallery consultants to learn more about collecting the art of Craig Tracy. 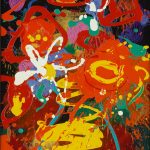 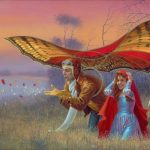