Artist Chris DeRubeis keeps most of his techniques for creating his unique metal art to himself, but he recently opened up to Park West Gallery about how he developed his trademark “Abstract Sensualism®” and his own personal style.

There are many “-isms” in art, whether it’s Cubism, Impressionism or Surrealism. DeRubeis’ art comes close to Abstract Expressionism, but the term didn’t quite capture what DeRubeis wanted to convey. Instead of giving up, he invented his own “-ism.”

He calls his artistic style Abstract Sensualism®, which is characterized by the way his art reflects and moves in the light and its sleek, sexy curves and imagery. 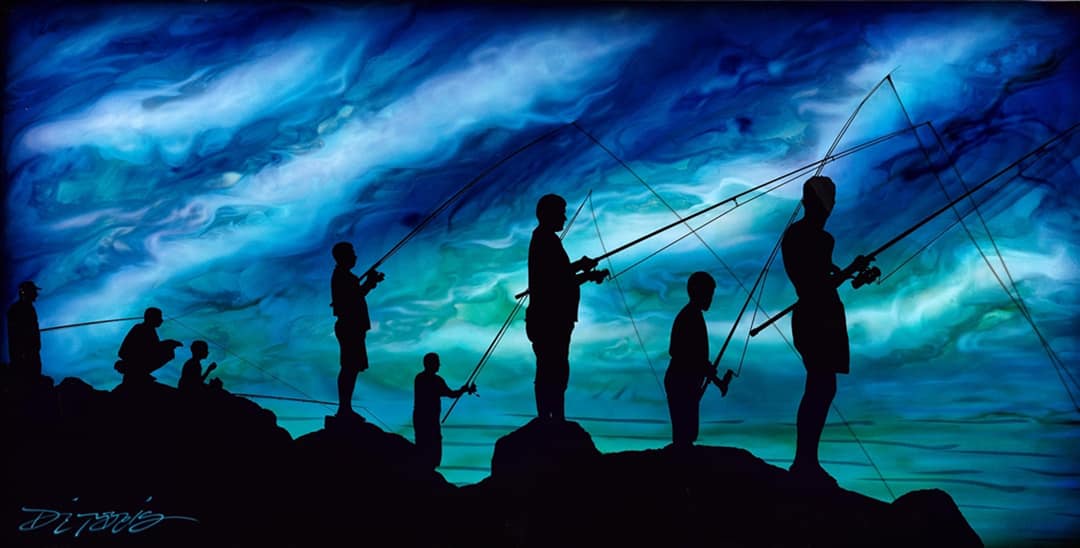 “I like the movements that the grinds on the metal have with all the sweeps and curves, and all the soft, sensual movement lines,” he says.

When he was young, DeRubeis’ parents quickly learned their child had a penchant for art. His grandfather – an artist turned businessman – gave DeRubeis his first airbrush at age 13 to encourage him. The airbrush became DeRubeis’ favorite tool.

“He got me the brush and gave me a certificate for lessons,” DeRubeis says. “I got to learn how to use the brush and equipment, learned some tricks, and I just went home and practiced with it.”

At age 16, DeRubeis turned this passion into a job airbrushing shirts at Six Flags Theme Park in Los Angeles, where he learned to paint quickly and efficiently. He continued on this path by enrolling in art school, where DeRubeis earned his keep by creating customized Harley-Davidson gas tanks. 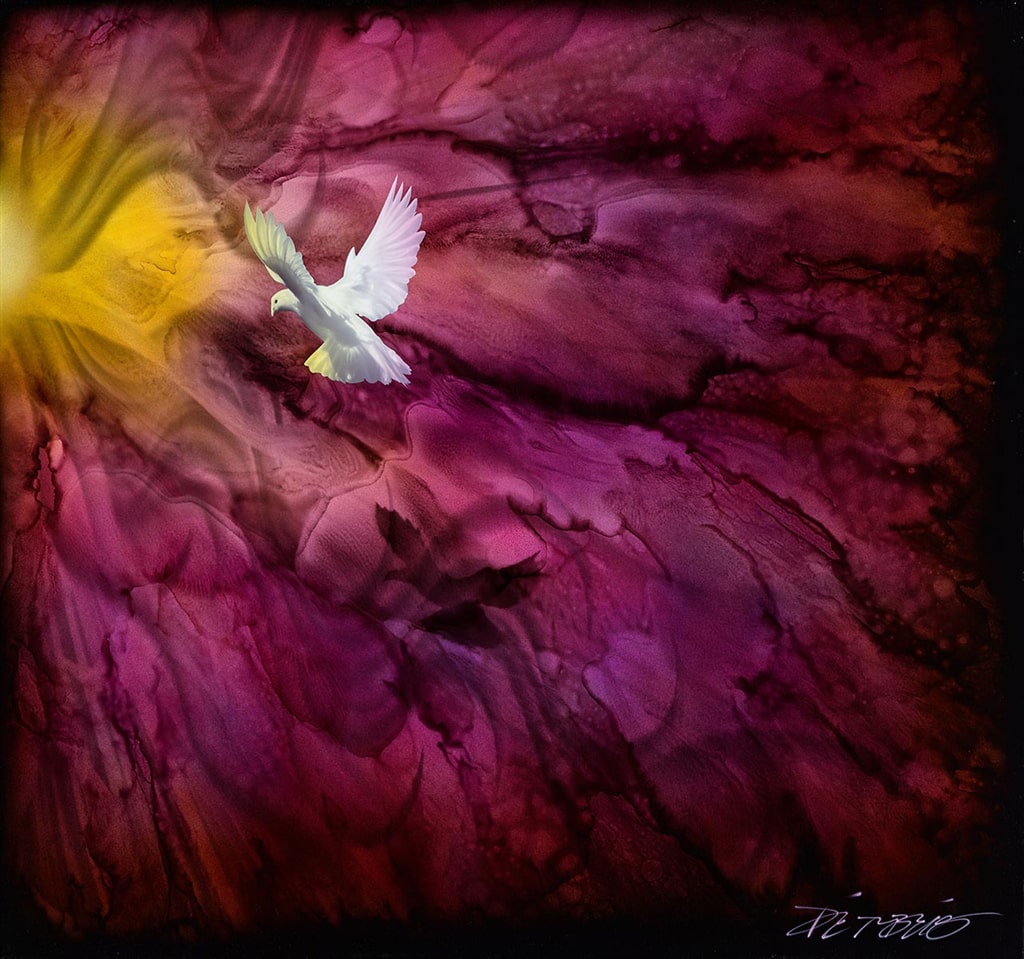 One day in his workshop, a 20-year-old DeRubeis took a grinder to a tank to remove the paint and was struck by what he saw. The newly-exposed metal patterns bounced and reflected light, and his mind raced with possibilities. Soon he was experimenting with chemicals, power tools, and heat to see what other reactions he could achieve.

This all culminated with the creation of Abstract Sensualism®, an art form that combines sculpture and painting that was nearly two decades in the making.

As alluring as his style sounds, practicing it isn’t for the faint of heart. DeRubeis seals himself in a chamber, using paint and a unique mixture of chemicals known only to him on large sheets of metal. If you watched him creating one of his works, you might witness scorching fires, freezing temperatures, chemical reactions, and sparks flying from grinding metal. On average, the process takes about three weeks per artwork. 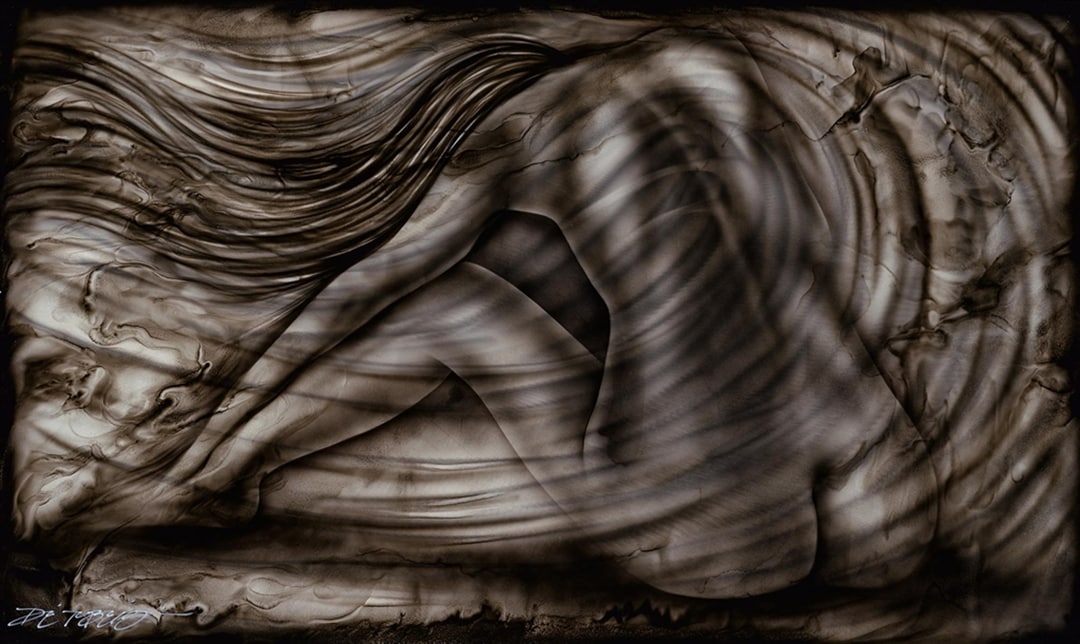 DeRubeis equips himself with goggles, coveralls, gloves, and a breathing mask while in his studio. He says these precautions are necessary, as some of the chemicals are quite potent.

“It’s dangerous stuff,” he says of his process.

DeRubeis considers his process a “controlled chaos” that has its own beauty and abstraction. “I have control over it, but not total control,” he says.

Chris DeRubeis On His Personal Style Much like his artwork, DeRubeis prefers an edgy style. Perhaps the most striking aspect is his distinct hair, which includes a striped mohawk and leopard spots. Like Abstract Sensualism®, it all started with an experiment.

DeRubeis said one day, while talking with his hairdresser, she mentioned how DeRubeis didn’t have a typical 9-to-5 job and perhaps his appearance should reflect that freedom. The artist thought it over and let the hairdresser work her magic. Since then, DeRubeis’ look, much like his Abstract Sensualism®, has become a signature of the artist.

“She was being an artist herself, I just had her use my head as a canvas,” he says with a chuckle.

If you’re interested in collecting the works of Chris DeRubeis, attend one of our exciting online auctions or contact our gallery consultants at (800) 521-9654 ext. 4 or sales@parkwestgallery.com. 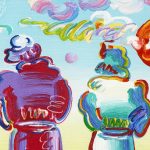 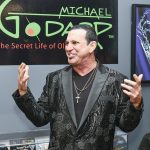