Imagine the thrill of your first cruise, of exploring the ship and visiting new destinations. As cruise lines expand into China, many more vacationers will experience that thrill for themselves.

With cruise lines experiencing a double-digit annual increase of Asian passengers, the industry is sending its biggest and newest ships to define itself in this massive new Asian market.

A study from the Cruise Lines International Association (CLIA) examined the cruise industry in Asia. The study revealed that 52 cruise ships will operate in Asia this year, a compound growth of 10 percent since 2013. Additionally, the number of days cruise ships operate has increased from 4,307 in 2013 to 5,824 in 2015.

With this expansion, cruise lines will be able to meet the growing number of Asian travelers. From 2012 to 2014, the number of Chinese passengers grew 79 percent each year. In 2014 alone, 697,000 passengers hailed from China.

“Asia is a prime example of the cruise industry’s growth opportunity,” said Cindy D’Aoust, CLIA acting CEO. “The cruise industry is bringing more cruise visits to Asia and the volume of cruise travelers sourced from Asia for cruise tourism worldwide nearly doubled since 2012.”

Not only is the market expanding, it is also attracting younger cruisers. Four out of 10 cruisers were under 40 years old. These cruisers make up the majority of the country’s outbound travelers, a trend echoed throughout the cruise industry’s other major markets. According to Forbes, the Chinese cruise market will be the second largest by 2017.

Carnival Corporation predicts that Asian passengers will make up one out of every five cruisers by the end of 2020, which is double the 2013 figures. The cruise line announced that it will add two ships to its China fleet in 2016 and will begin cruise operations in China starting in spring 2017. The company will operate four brands in China, including Carnival Cruise Line, AIDA Cruises, Costa Cruises and Princess Cruises.

The newest ship under construction for its Princess line will be based in China year-round when released in the summer of 2017. Carnival Chief Operations Officer Alan Buckelew says Princess cruises in Asia and other expansions into the market will help meet the cruising demands of China’s growing middle class.

“Our Costa and Princess brands are performing extremely well in China, and these new ship deployments will strengthen our growth position and enable us to carry nearly one million passengers in 2016, as we continue executing our plan to meet surging consumer demand for cruising in China,” said Buckelew.

Meanwhile, Royal Caribbean International, in its recognition of Asia’s importance to the industry, promoted Dr. Zinan Liu, formerly the vice president of regional Asia operations, to the role of president for the China and North Asia Pacific region. Royal Caribbean is expected to have five ships in China by 2016.

“The addition of Quantum of the Seas has increased our brand’s capacity to the highest ever in the region,” said Michael Bayley, president and CEO of Royal Caribbean International. “There is incredible potential in the Chinese market, and bringing our newest and most technologically advanced ship to China will cement our leadership position in the area.”

Norwegian Cruise Lines is entering the Asian market as well. USA Today reports that the cruise line is offering sailings in the region starting in October 2016, with the Norwegian Star operating out of Hong Kong. The plans also include Singapore cruises starting in December 2017.

Cruise lines are also eyeing the nearby Japanese market. In 2014, Carnival announced that Princess Cruises would bring a second ship to the market and feature sailings from three Japanese homeports. It became the first international cruise line to offer a full season of cruises to passengers from Japan.

Not only will these expansions have a direct impact on economic growth in Asian countries, but has the potential of influencing the global art market. Park West Gallery, known for its fine art auctions aboard cruise ships, is currently on six luxury cruise ships traveling throughout Asia, and plans to increase that number by 2016.

Park West’s presence on more cruise ships in an expanding market is bound to influence art on a global scale.

“The Asian art market is one of the fastest-growing markets in the world over the past decade, even when other markets were struggling,” said Park West Gallery Founder and CEO Albert Scaglione. “There is a growing demand for high-quality art, and the Chinese market is showing signs of long-term growth, so I imagine this will continue into the future.”

In five years, the gallery has seen a 114 percent increase in the number of clients who live in Asia, and today it delivers almost triple the amount of artwork to Asian clients compared to 2010’s numbers.

“In the short time we’ve been conducting auctions in the Asian market, we’ve seen an extremely favorable response,” said Scaglione. “We’re providing access to fresh, vibrant, engaging artwork from world-class artists who have never been made available in Asia. That’s exciting for a lot of people. We’re finding that both new and seasoned collectors, particularly in China and Japan, are rapidly developing a thirst for smart, contemporary art. 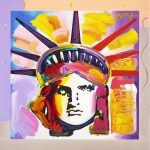 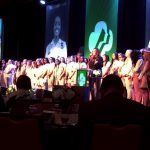