Behind the Artist: Bernard Louedin

To some, imagination starts and stops with childhood. To Bernard Louedin—French painter, sculptor, and illustrator—imagination isn’t something that simply expires over time; it informs it.

Poetic, absorbing, and a touch peculiar, Louedin’s artwork explores the notions of ruin, time, machinery, and the mechanics of memory. 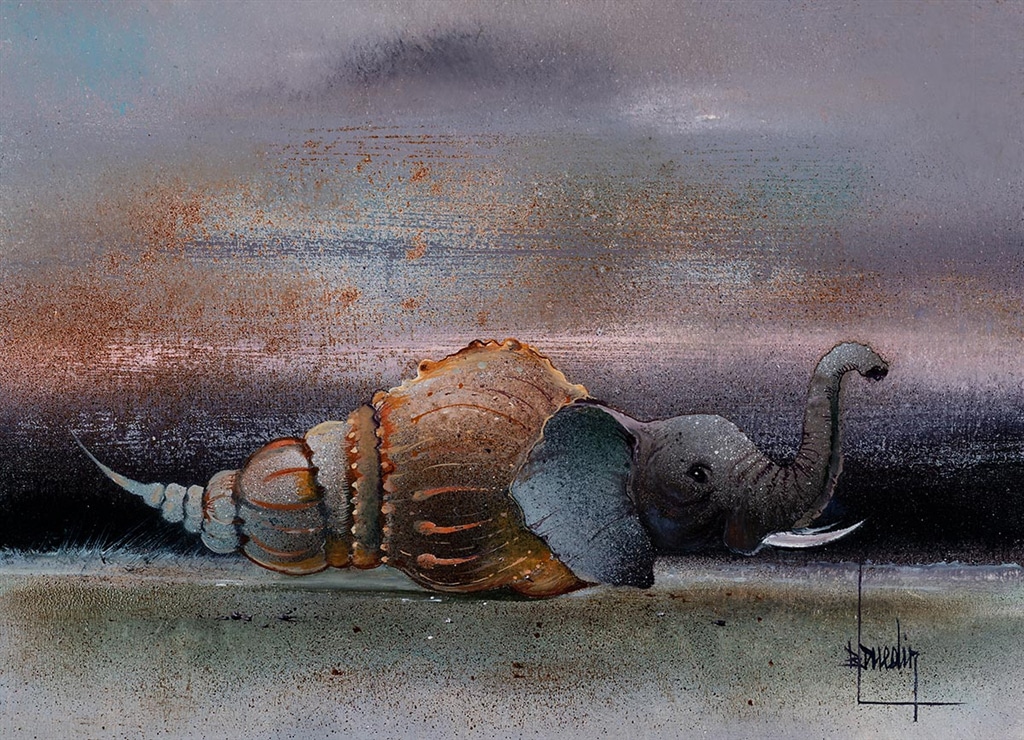 Louedin is inspired by the Surrealist ambiguity of Yves Tanguy, Joseph Cornell, Max Ernst, and Giorgio Morandi. Unlike his avant-garde predecessors, however, Louedin doesn’t attempt to discover the direct origin of our psyche. In Louedin’s primordial artistic landscape, the origins of memory and imagination are less straightforward, and therein lies their intrigue and authority.

“I work by analogy, associating images or shapes, looking for combinations that match and connect together, giving preference to bizarre universes where logic loses its landmarks,” says Louedin. 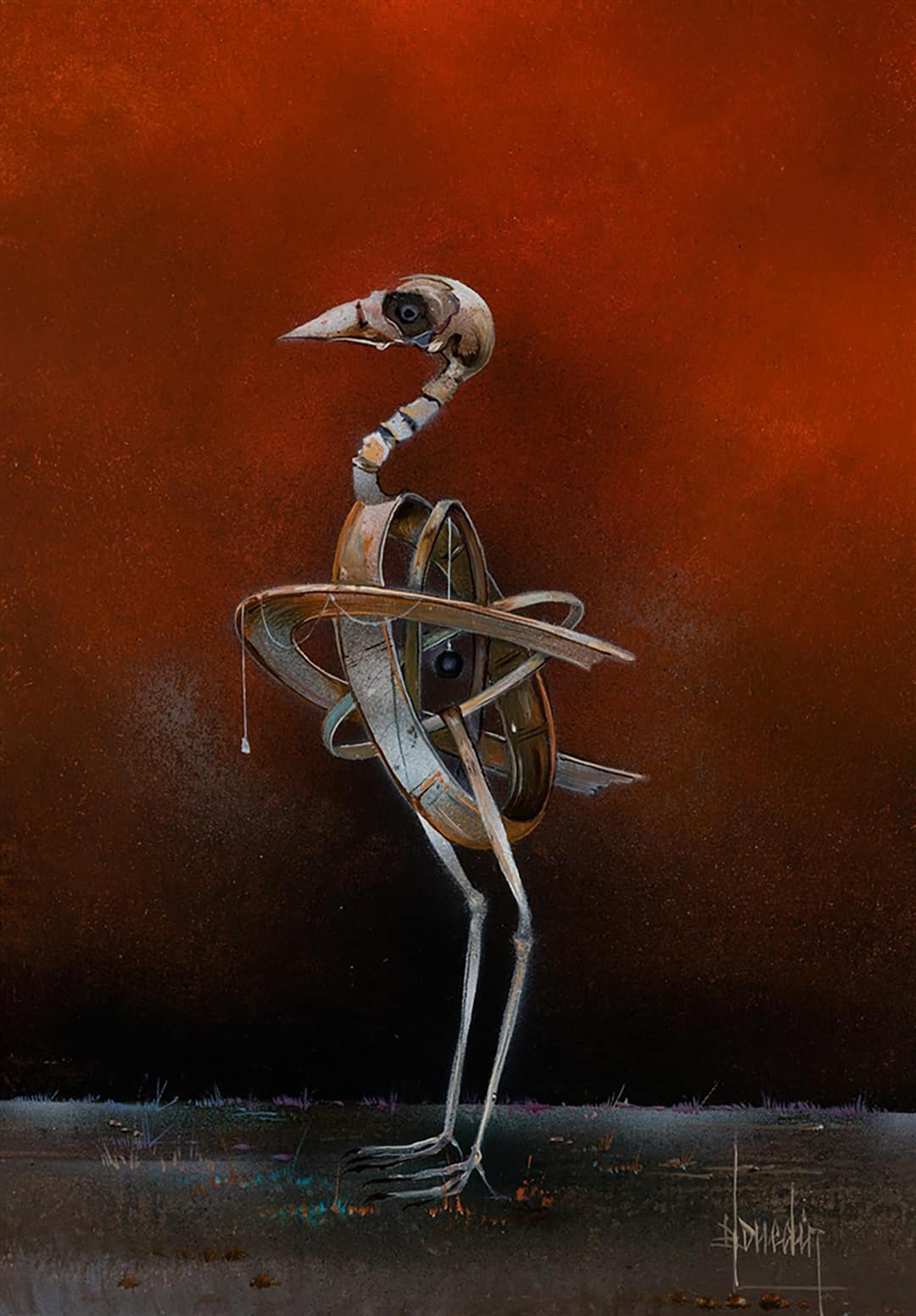 Delicately composed, thoroughly detailed, and architecturally directed, Louedin’s artwork also draws from the formalism of Greco-Roman art, the spatial traditions of the Northern Renaissance, and the realism of Andrew Wyeth. 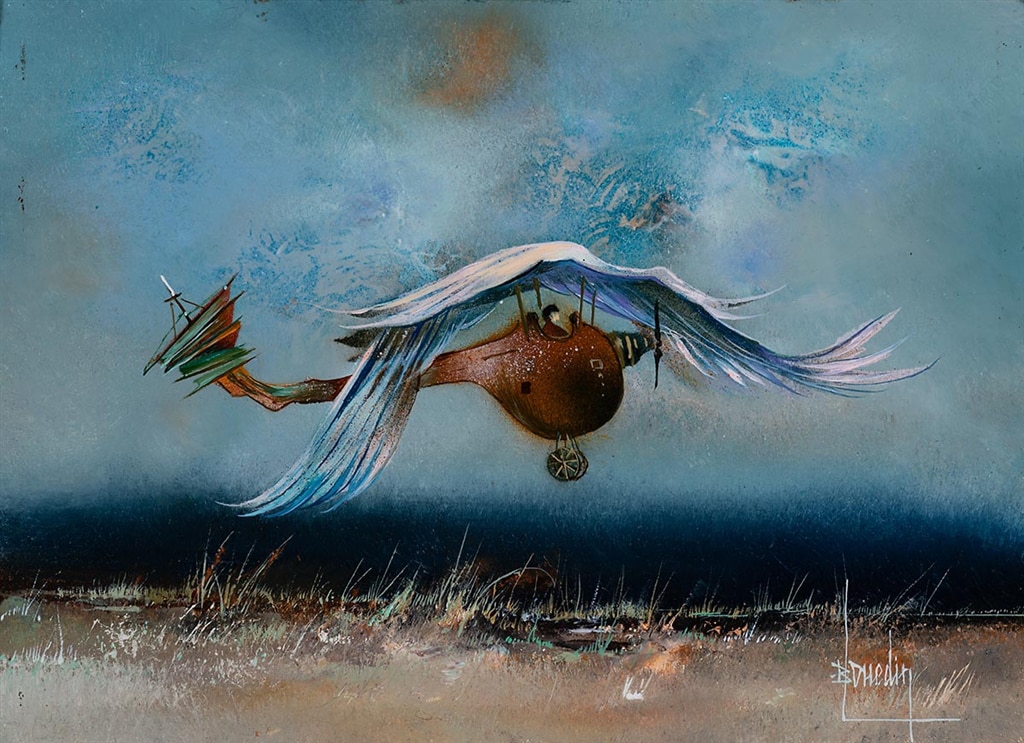 Louedin was initially recognized for his painterly skill in 1963 when he began to exhibit extensively throughout France, Belgium, and Germany.  As his experience and confidence grew as an artist, Louedin began to professionally explore drawing, sculpture, and most of all, printmaking. Considered to be a master engraver, Louedin has created more than 300 remarkable intaglio editions since 1972. 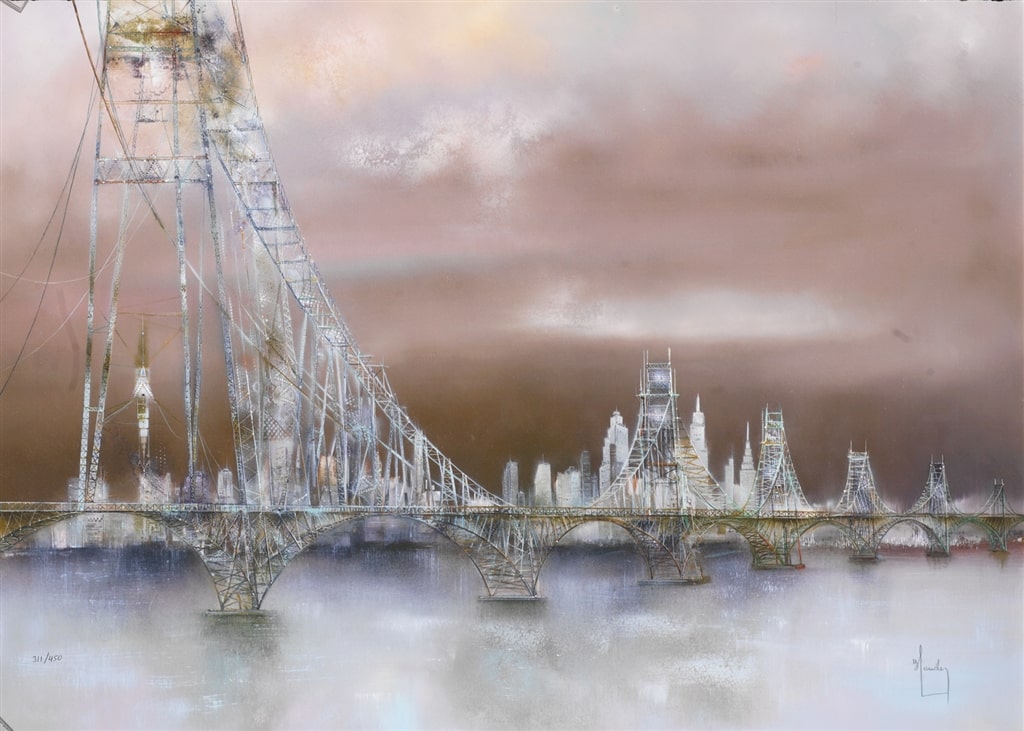 Louedin’s artwork is featured in public and private collections around the world, most notably: the Nantes Museum, the Hermitage Foundation, and the Chateau de Vascoeuil.

For more information about the artist or to add a Bernard Louedin to your collection, register for our exciting live online auctions or contact our gallery consultants at (800) 521-9654 ext. 4 or sales@parkwestgallery.com. 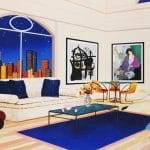 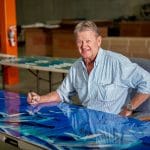