UNITED KINGDOM / July 9, 2009 — BBC1 is to launch a new peaktime arts documentary series looking at the impact of four major artists on the world.

Modern Masters, which will feature Picasso, Dali, Matisse and Warhol, was confirmed by BBC1 controller Jay Hunt at the unveiling of the channel’s autumn season launch today, although it is not due to air until next year.

The four-part series, for which a presenter has yet to be named, will look in depth at each artist and “explore why these modern masters deserve their fame and how their legacy continues to pervade our culture and everyday lives.”

The first episode will profile Pablo Picasso, from his early career in Spain and Paris and his first figurative works through to the birth of cubism and his influence on architecture and fashion. Episode two will feature Salvador Dali and the birth of surrealism, while Henri Matisse will appear in the third. The final film looks at Andy Warhol, moving through his most memorable images and looking at their current appeal and impact on the world of advertising and media.

“This bold new series looks at how the work of four iconic artists has influenced our lives,” said Hunt, who commissioned the show. “It tackles why modern art matters and I am thrilled to have such an ambitious piece on BBC1.”

Read the Full Article at The Guardian >

Which other influential artists deserve to be profiled on the Modern Masters program? Share your thoughts here! 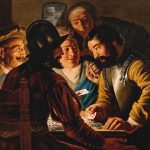 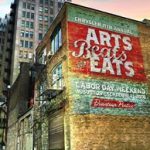