5 Reasons to Come to Detroit for Art They call Detroit “The Paris of the Midwest” – a moniker not as well known as its others, but there’s a reason for the title. There is a budding Detroit art scene taking root in the city.

The beautiful, late 19th-century European architecture of the city – which is worth checking out in itself – laid the groundwork for today’s art movement in Detroit. Let’s take a look at some of the best reasons to come to Detroit for art.

The Detroit Institute of Arts, better known as the DIA, is located in the heart of Detroit’s new, young Midtown neighborhood. The French Beaux-Arts style building, constructed in 1927, displays the influence of French architecture in Detroit. Inside, the main lobby is covered with a mural painted by iconic Mexican artist Diego Rivera (and his wife Frida Kahlo) displaying the perils of the industrial culture of the city. It’s an iconic part of Detroit, and any local will tell you how breathtaking it is to see in person. 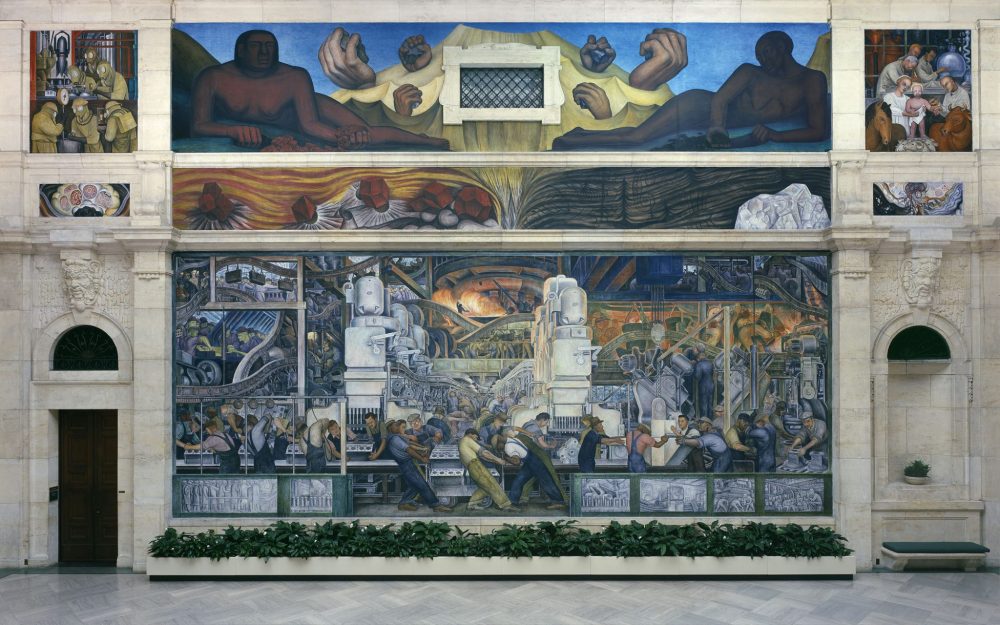 The north wall of the Diego Rivera courtyard at the Detroit Institute of Arts (Photo courtesy of DIA.org)

As far as the actual museum, the DIA has more than 100 galleries and houses over 65,000 works of art. Some notable names that have works in the museum are Andy Warhol, Vincent van Gogh, Edgar Degas and Pablo Picasso. The DIA recorded over 630,000 visitors in 2014, making it one of the most visited art museums in the world. According to its website, the museum’s collection is one of the top six in the United States. 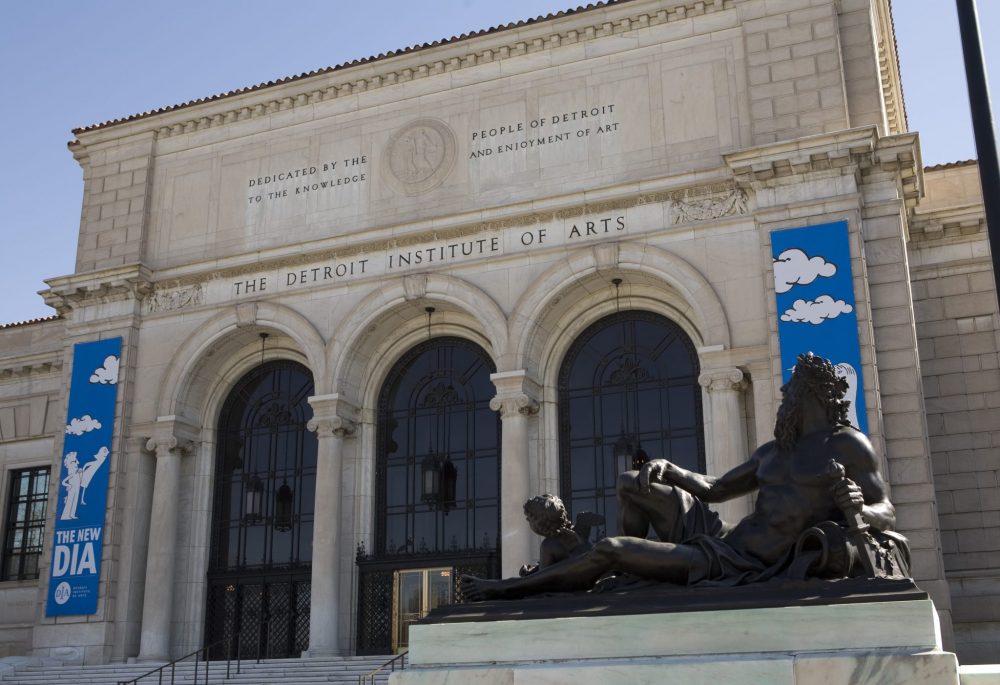 The Detroit Institute of Arts (Photo courtesy of DIA.org)

The second most popular, but perhaps the most unique, museum in Detroit is the Museum of Contemporary Art (MOCAD). Opened in 2006, the museum is housed in a colorful building that was once an auto shop in the Midtown neighborhood; the museum’s exterior still shows a resemblance to the auto shop, “to maintain its historic character,” according to the MOCAD website.

The 22,000-square-foot building is a non-collecting institution, which means they simply exhibit modern works that reflect the times and the idea the museum is trying to display; in other words, they don’t keep a permanent collection. The goal of the museum is to help “adventurous minds” in a way that “contextualizes, interprets, educates and expands culture, pushing us to the edges of contemporary experience.” This mission manifests itself in their effort to try to make the museum as accessible as possible – they suggest a $5 donation for admission, but they work on a sliding scale, which allows visitors to “pay what they can” for admission. Children under 12 are free.

One of the many great events that took place at the MOCAD is the Taubman Institute’s Evening of Arts + Science. On April 21, the MOCAD hosted the event, which is a unique gala and auction that displays artwork based on the Taubman Institute’s medical research. It’s a beautiful cross of art and science, and captures the importance of the art movement in the Detroit area. Another aspect of the city’s booming art scene is the birth of urban art. Tyree Guyton, a native of Detroit, was an auto worker in the 1980s when he decided to channel his love of street art into an exhibition of salvaged goods turned artworks on houses and buildings near the city’s east side, specifically Heidelberg Street in the old Black Bottom neighborhood.  It’s an initiative to help better a community that was deteriorating and is a glaring bright spot in a relatively bleak neighborhood. It’s had its fair share of struggles – the city demolished multiple structures on the street and it has been a target of multiple arsonists – but has stayed strong and true to its goal ever since its inception in 1986. Located on the Detroit Riverfront on Jefferson Ave in the heart of downtown, Hart Plaza is a beautiful place to relax and enjoy many works of modern art.

Arguably the two most recognizable structures in Hart Plaza are the Dodge Fountain and ”Transcending.” The former is a circular, stainless steel fountain illuminated by 300 lights while the latter is a grandiose arch-like structure created in 2003 and made of steel. There are several other great art attractions in Hart Plaza, but one of the most breathtaking works is a mural by Park West artist Lebo, which depicts a musician in his classic post modern cartoon expressionism style. Despite being from Miami, Lebo captured the essence of Detroit by keeping an “industrial feeling” with the mural.

One of Metro Detroit’s hidden gems is Park West Gallery. Opened in 1969, the gallery provides art lovers and collectors alike the opportunity to view and collect works of art in addition to their art auctions on cruise ships. The brick-and-mortar Greco-Roman gallery, located in the Metro Detroit suburb of Southfield, is 63,000-square-feet and houses 23 galleries, including works from Picasso, Rembrandt, Autumn de Forest, Romero Britto, Peter Max and other popular artists. Detroit is a great environment for people and families from all walks of life to come enjoy art. 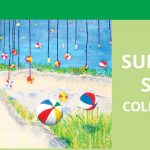 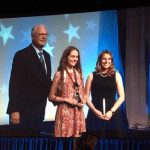