Muhammad Ali (1942-2016) was one of the greatest sports figures in history, not only for his amazing skills in the ring, but for much of what he did outside of it.

Park West Gallery is proud to have had the opportunity to work with Ali and get to know the man behind the championship belts. We honor his legacy by remembering some of the interesting and amazing facts surrounding The Greatest.

The Beatles and Ali photo shoot was last minute The photos of Ali (still known then as Cassius Clay) with the Beatles have become iconic, but the meeting between these two world-famous forces was actually a hastily-arranged meeting.

In February of 1964, the Beatles were wrapping up their first visit to the U.S., which included a stop in Miami Beach, Florida. Beatlemania was only just starting in America, and they were taking some time off vacationing in Miami. The Beatles reportedly wanted to meet with Sonny Liston, but were turned down. Instead, last-minute arrangements were made to meet with Ali at the Fifth Street Gym, where the music group and boxer took a number of slapstick photos.

He changed his name in 1964 to Muhammad Ali Following his upset over Liston, Cassius Clay’s membership in the Nation of Islam was publicized. Elijah Muhammad, the leader of the Nation of Islam from 1934 to 1975, recorded a statement that Clay would be renamed to Muhammad Ali. However, Ali would continue to be referred to as Cassius Clay in the media for years after, with only a few journalists initially using his new name.

In 2004, Park West Gallery and Muhammad Ali began working together to create a collection of hand-signed sports memorabilia and photos. As part of the partnership, Park West selected pop artist Peter Max and artist Simon Bull to create mixed-media artwork based on Ali’s legendary career.

What resulted is a collection of colorful portraits that not only depict famous moments in Ali’s career, but also portraits that capture the spirit of Ali. A number of these works were exhibited at the Muhammad Ali Center in Louisville, Kentucky.

In a tribute to the late boxer, Bull wrote that Ali was an artist as well, using it as therapy for his Parkinson’s syndrome:

“We sat together sketching once when I was at his home in Scottsdale, Arizona. He with his markers and me with my pencil, working on his portrait, it was an intimate moment, the world’s greatest sporting figure sitting quietly in his favorite chair while I carefully observed and sketched.”

Special placement for his Walk of Fame star In honor of his contributions to the entertainment industry, Ali was honored with a star on the Hollywood Walk of Fame in 2002. However, when walking down Hollywood Boulevard, you have to look up from the sidewalk to find his star.

Ali’s star breaks tradition by being mounted vertically on the Kodak Theater in lieu of being embedded in the sidewalk. This was done out of respect for his request that his name not be stepped upon by others.

Ali helped save a life Muhammad Ali (seen at right) helps talk a man down from a ledge. (Photo courtesy of slate.com)

Ali demonstrated many times that he was no ordinary champion, such as his work in the civil rights movement, but on Jan. 19, 1981, he acted more like a superhero than a heavyweight champion.

On that day, a man in Los Angeles threatened to commit suicide by jumping from the ninth floor of a building on Wilshire Blvd. News reports say he shouted he was “no good” and “I’m going to jump.”

Ali was nearby, and was told by his public relations manager of the suicidal man. Ali volunteered to speak with the man, hoping to succeed where the police, a psychologist and others had failed. Ali began speaking with him, telling him they were brothers and that he wanted him to come meet some of his friends. The Associated Press reports the man recognized him and replied, “It’s really you!”

After a tense half hour, Ali put his arm over the man’s shoulders and led him off the ledge. The man was escorted to a psychiatric ward of a veteran’s hospital. 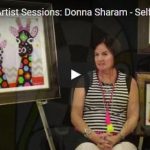 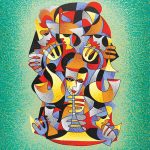