Since 2012, the MI Great Artist competition has highlighted some of the best visual artists in southeastern Michigan.

The competition not only provides more than $16,000 in cash and prizes to the winners, it also gives five area artists the chance to have their art hang in Southfield’s newly-renovated Park West Museum, the world headquarters of Park West Gallery, one of the largest art dealers in the world.

If that all sounds a bit intimidating, the 2017 winner has a word of advice for any hopeful artists thinking of entering the contest: “Don’t hold back.”

“You never know what could happen,” says Thomas Tunney of Commerce Township. “Whether you win, make it to the top five, make the top 30, or just into the competition, your work will be seen by the public. That’s always good.”

“You never know what could happen,” says Thomas Tunney of Commerce Township. “Whether you win, make it to the top five, make the top 30, or just into the competition, your work will be seen by the public and that’s always good.”

Tunney knows what he is talking about—the 2017 MI Great Artist competition was the first time he ever showed his artwork in public. Nearly a year later, he says new opportunities and venues are opening up to him thanks to the exposure and prizes he received from the competition. 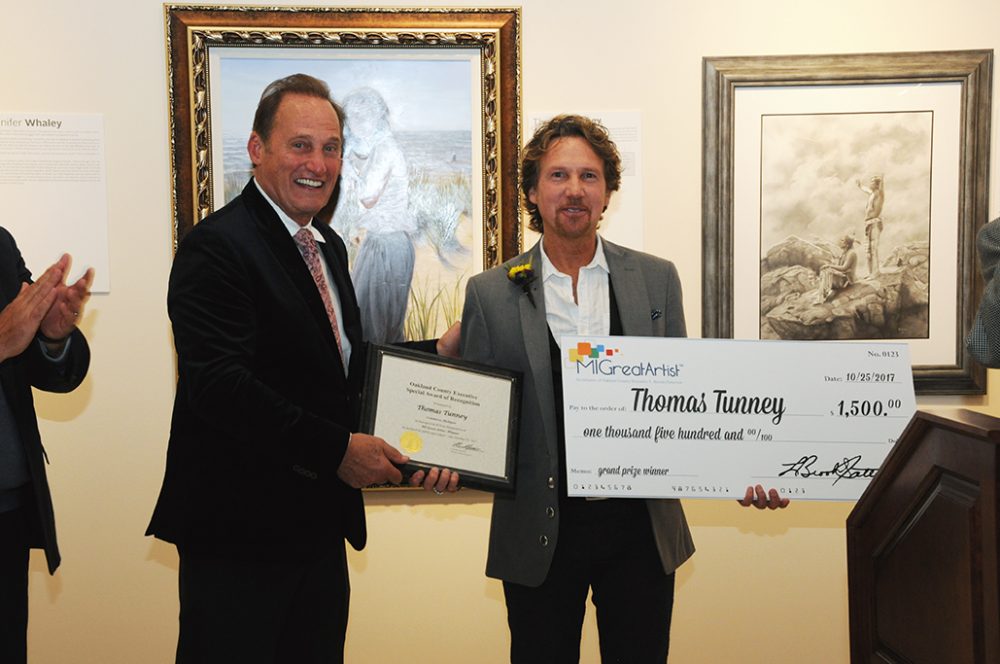 The 2018 MI Great Artist competition is open to artists 18 years and older living, working, or attending school in Genesee, Lapeer, Livingston, Macomb, Oakland, Shiwassee, St. Clair, and Wayne counties. Artists can submit three to five recent works of art to the MI Great Artist website for the chance to win $16,000 in prizes. Entries will be accepted from August 1 to August 17.

From its inception, the contest has been sponsored by a partnership between Park West Gallery and Michigan’s Oakland County.

“Park West Gallery is once again proud to co-sponsor the MI Great Artist competition,” Park West Founder and CEO Albert Scaglione said. “Our gallery has a long history of exposing people to art, not just by international artists, but those in the local area. We are pleased to continue this tradition and look forward to supporting and shining a spotlight on some of Michigan’s most talented artists.”

New to this year’s competition is a “People’s Choice” award, where the artist who receives the most online votes during public voting will win $750 along with other prizes.

“We have a wealth of superbly talented artists who enter the competition each year,” Oakland County Executive L. Brooks Patterson said. “We’ve added a ‘People’s Choice’ award this year to reward the artist who makes the biggest impact on the public. I encourage those talented individuals to join us as we begin the search for the next MI Great Artist winner.” 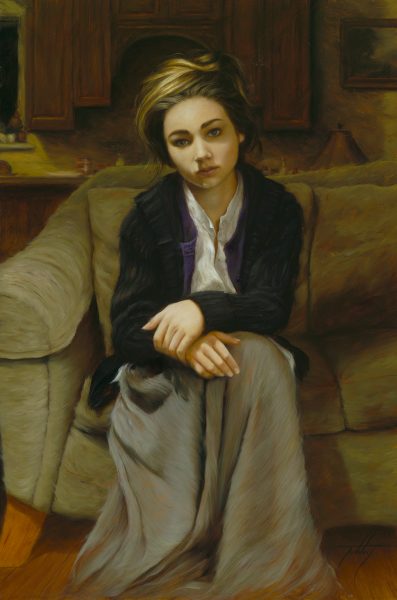 Artists can submit up to five works of art, which will be displayed on the MI Great Artist website. The public can vote for their favorite artists once a day from August 23 to September 5. The top 30 artists with the most votes will be announced on September 7.

A five-member panel of judges will narrow down the field to four finalists, with the People’s Choice winner automatically entered as the fifth finalist. The panel will ultimately decide the winner among the finalists, who will be announced at an award reception held at Park West Gallery in Southfield on October 23.

“The Park West Gallery is one of the most beautiful galleries/museums in the world and to have your art on display there is an incredible and humbling experience in itself,” says Tunney. 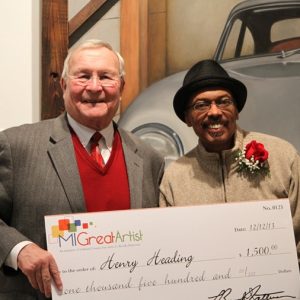 Oakland County Executive L. Brook Patterson presents 2014 MI Great Artist winner Henry Heading with a check. Contest winners and runners up have the opportunity for a multitude of prizes including expert framing, exhibitions of their artwork and small business classes.

The winner will receive a $1,500 cash prize, solo exhibitions at Park West Gallery and the Oakland County Galleria, and complimentary framing of their submitted artwork courtesy of Park West, among other prizes. The remaining finalists will also receive cash prizes and framing services. Visit oakgov.com for a full list of prizes.

Click here for a step-by-step guide on how to enter. For a list of rules and more details about the contest, visit MIGreatArtist.com. 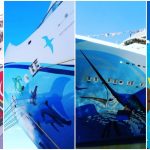 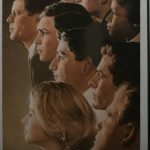