Cruise guests with Royal Caribbean International witnessed a spectacular event when the cruise line’s Oasis-class ships all sailed together for the first and possibly only time.

The Size that Counts

Harmony of the Seas is the youngest of the three Oasis-class ships, and is also the largest cruise ship in the world. The ship carries 5,497 guests at double occupancy, weighs 226,963 gross tons and is 1,188 feet long.

Two more unnamed Oasis-class ships are in the works. The fourth ship will enter service in 2018, while the fifth will set sail in 2021.

Park West Gallery is proud to be aboard these megaships to introduce guests to the world of fine art. Learn more about cruising with Park West here. 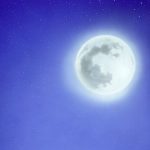 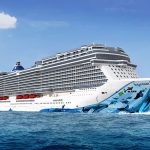