Turner and the Masters at Tate Britain

Since 1969, Park West Gallery has been a reliable resource for the artwork of Old and Modern Masters, including Rembrandt van Rijn. To learn more about Rembrandt and his artwork, visit rembrandt.parkwestgallery.com >

LONDON — On view at the Tate Britain, Turner and the Masters places beautiful masterpieces by Canaletto, Rubens, Rembrandt and Titian next to some of JMW Turner’s most dramatic paintings. It shines light on a lesser-known side of the British Romantic painter: his obsession to prove he was just as good, if not better, than the old masters who he so admired.

Turner was born into a working-class family and relentlessly pursued his ambition to be a great artist, once proclaiming, ‘I am the great lion of the day.’ He entered into direct competition with artists – past and present – who he considered as worthy rivals to his own fame. In a final act of self-promotion, he asked in his bequest that two of his paintings hang in the National Gallery alongside the work of Claude Lorrain – and you can see these stunning paintings in this exhibition.

Turner also had a great rivalry with John Constable. At the Royal Academy exhibition in 1832, Turner upstaged Constable by adding a dash of red to his own painting at the last minute – and Constable was none too pleased.

This is the first exhibition ever to explore the full range of Turner’s challenges to the past, and his fierce rivalry with his contemporaries. Many works are reunited here for the first time in hundreds of years and others have never been seen together before in this light.

Turner and the Masters is currently on view through January 31, 2010. 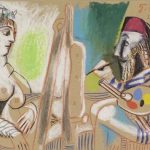 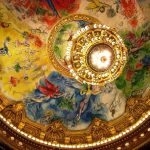