At left and center is the Round Door Rolls-Royce. On the right is Scott Jacobs’ rendering of the rare car for the La Jolla Concours d’Elegance. Photo courtesy of LaJollaLight.com.

Park West Gallery artist Scott Jacobs is known for his photo-realistic paintings, and has loaned this talent to help out two California non-profits.

As the official artist for La Jolla Concours d’Elegance, held April 10-12 in San Diego, California, Jacobs rendered a painting of a rare Rolls-Royce that was auctioned off for the La Jolla Historical Society and Monarch School.

The La Jolla Concours d’Elegance, now in its 11th year, annually holds a soiree and exhibits of more than 300-plus automobiles along the coast of the Pacific Ocean. This year’s show featured coach-built classic cars of the 1930s and ‘40s.

The highlight of the event was a rare 1924 Rolls-Royce Phantom I Aerodynamic Coupe. It is known for its circular doors, giving it the moniker “Round Door Rolls-Royce.” It was on loan for the show from the Petersen Automotive Museum in Los Angeles.

“This is the baddest-looking Rolls you’ll ever see — the Batmobile of Rolls-Royces — but it’s a piece of art,” event chair Michael Dorvillier said. “You can’t put a price on this car. … This is the crown jewel of their museum and they’re sending it to us with another car and two (vintage) motorcycles.” Read More…

Jacobs, who resides in San Diego, created one of his photo-realistic paintings for the event, portraying the rare Rolls-Royce shining brightly. The painting was auctioned off during the April 11 VIP reception in Scripps Park. Signed posters from Jacobs were also made available to attendees to raise additional funds.

All proceeds from La Jolla Concours d’Elegance benefit two non-profits: the La Jolla Historical Society and the Monarch School in San Diego. La Jolla Historical Society collects, discovers and preserves the community’s documentation, artifacts, sites and structures. Monarch School’s mission is to provide education to homeless and at-risk children while caring for their basic needs, such as healthcare, food and clothing.

The Rolls-Royce painting is not available through Park West Gallery, but we do offer plenty of car-inspired artwork by Jacobs to collect, including “Neon Classic,” “Eeny-Mean-y,” “Reno Nights” and “Splitting Image.” This isn’t the first time Jacobs has provided for others. In 2012, he and his daughter, Alexa, starred in the season premiere of ABC’s “Secret Millionaire,” where they gave donations of their own money to deserving people in impoverished communities. 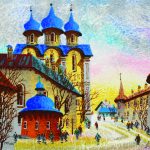 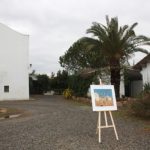