‘Rembrandt in America’ at the North Carolina Museum of Art

On loan from Park West Gallery, Rembrandt’s “Millennium” etching, “Self Portrait Drawing at a Window,” is now on view at the “Rembrandt in America” exhibition at the North Carolina Museum of Art

In June of 2009, Park West Gallery and the family of its founder and CEO, Albert Scaglione, placed on loan eight original Rembrandt copper plates along with a set of the etchings printed from them (known as the “Millennium” editions), to the North Carolina Museum of Art in Raleigh. NCMA was chosen for this loan as these eight copper plates and 70 other surviving Rembrandt copper plates had been deposited on loan there years ago after they were purchased by Dr. Robert Lee Humber in 1938.

The “Self Portrait Drawing at a Window” etching from the Park West loan is now on display and featured in the current exhibition, “Rembrandt in America” which runs until January 22, 2012 in the East Building Meymandi Exhibition Gallery. The eight original copper plates have been installed since 2009 in the Circle of Rembrandt Gallery in the West Building and are regularly there on display. NCMA and its fellow organizers, the Cleveland Museum of Art and the Minneapolis Institute of Arts, according to its exhibition announcement, “Have assembled a diverse yet representative group of pictures highlighting issues associated with the collecting and connoisseurship… of Rembrandt paintings in America.”

“Park West was delighted to bring the ‘Millennium’ copper plates back to Raleigh and the museum was delighted to receive the loan,” said Morris Shapiro, Park West Gallery Director and the individual who hand-carried the plates from the printer’s studio in New York to the museum in 2009. “It was one of the highlights of my career to bring these historical treasures from the hands of the master printer who had printed the ‘Millennium’ edition, and place them back into the hands of the museum from where they had rested for so many decades. It’s wonderful that so many people have had the opportunity to view the original copper plates and now to see this important etching in this exhibition.”

For more on the “Rembrandt in America” exhibition, visit http://ncartmuseum.org/exhibitions/rembrandt or download the exhibition gallery guide (pdf)

For more on the “Millennium Edition” etchings and the Park West Gallery Rembrandt Collection, visit http://rembrandt.parkwestgallery.com 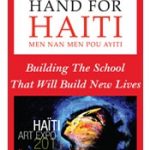 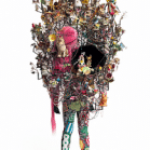