“Victor Spahn loves movement and action, which allows him to depict his contemporaries’ sportive activities with graphic momentum where inspiration is unavoidable. Beyond a doubt, the way he treats varied subjects, adapting himself to them through means of tried and tested techniqes, makes Victor Spahn a dynamic specialist in situational painting. What interests him is the ability to seize an ephemeral moment, a vision surreptitiously glimpsed that he would have perceived with all the delectation of an imagery huntsman.”

Victor Spahn has participated in many exhibitions, including the Salon of Independent Artists, France, in 1970. He designed the set for the play Rembrandt of Glass for television and created a poster for the world championship of handball in 1988. Spahn has enjoyed the publication of a hardcover book on his work, and his serigraph Autumn Polo was acquired by Jacques Chirac, former President of France.

Spahn explained, “I try through my works to transmit to the public a certain concept of sportive life, favoring movement and precise motion in a determined context. If you believe the art lovers who come to my exhibitions, and in seeing their positive reactions, I think I achieve this transcription based on that encouragement.”

Read the biography of  Victor Spahn 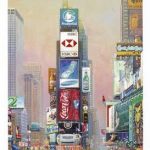 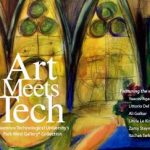