Covenant House of Michigan was the sixth nonprofit organization to receive a generous donation of summer clothing items from Park West Gallery’s philanthropic initiative, Park West CARES. Approximately 300 articles were given to CHM on August 27, 2010 at Park West Gallery in Southfield.

Launched in July, Park West CARES has already donated items to five other local organizations, including Grace Centers of Hope, Capuchin Soup Kitchen, Detroit Rescue Mission, HAVEN of Oakland County and Vista Maria.  All are slated to receive subsequent donations, as are new organizations in both the Detroit and Miami, Florida metro areas.

Due to its success, Park West Gallery will be extending Park West CARES through December. “Park West CARES has received such an overwhelmingly positive response that we decided to continue the donations through the remainder of the year,” said Albert Scaglione, CEO of Park West Gallery. “All of the organizations chosen to receive these items provide such a valuable service, and we are honored to be able to help them and our community in this way.”

About Covenant House Michigan
Covenant House Michigan is a faith-based nonprofit organization that provides hope to homeless, runaway and at-risk youth ages 13-22. They provide shelter, educational and vocational programs, as well as other support services, to help overcome hurdles such as homelessness, unemployment, inadequate education, violence, drugs and gangs. Their goal is to redirect them onto a path toward meaningful and successful adulthood.

CHM has come to be known by Detroit area young people as a place they can go to build a better future and be treated with respect and unconditional love. Over 35,069 youth have been served by CHM since its inception in September 1997.

Do you know of a local charity or nonprofit in need of summer clothing items? Park West CARES will be continuing its donation efforts through December, so please leave a comment with your suggestions! 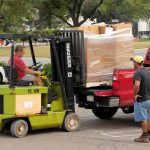 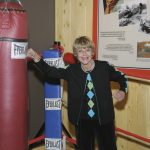