Park West Art Collectors Collaborate with DAI to Present “Dali and Disney: The Art and Animation of Destino”

Park West Gallery VIP customers, Lawrence and Holly Thompson are sharing some surreal artwork with the Dayton Art Institute. The Destino artwork collection – the result of a unique collaboration between Salvador Dali and Walt Disney – is available at Park West Gallery.

DAYTON, OHIO  — It is time for a 90th anniversary and the Dayton Art Institute has reason to celebrate. Two new shows will arrive in October, one of them featuring work by surrealist Salvador Dali in collaboration with Walt Disney.

“Dali and Disney: The Art and Animation of Destino” is on loan from Springboro couple, Dr. Lawrence and Holley Thompson. Their unique collection traces its history back to 1946, when the popular studio hired the famous artist to work on an upcoming feature film.

During an eight-month period, Dali produced the paintings, pen-and-ink drawings and storyboards for the short animation piece that was slated to be incorporated into a feature film. But due to financial reasons, the project was axed. Years later, in 1999, Disney’s nephew, Roy, resurrected Destino from the Disney vaults and completed the film in 2003.

The DAI will show both prints of Dali’s art and the animated short in its free exhibit.

Did you know? Park West Gallery recently launched a website dedicated exclusively to artist Salvador Dali! Visit dali.parkwestgallery.com — and be sure to leave a comment below with your feedback! 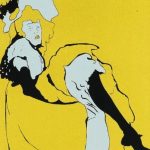