An engraving from German artist Albrecht Durer was donated to the Staatsgalerie Stuttgart art museum in Stuttgart, Germany after being rediscovered since it disappeared over 70 years ago.

The engraving, “Mary Crowned by an Angel,” was created in 1520. As of the 1940s, the work resided at Staatsgalerie. After World War II ended, however, it had vanished.

While looking through bric-a-brac stalls – small sales of fine household items similar to yard sales – in Sarrebourg, France, a retired archaeologist noticed the engraving. After purchasing the engraving for only several euros, he saw the Staatsgalerie stamp on the back and decided to return the art to the museum.

According to Annette Frankenberger, an expert at the Staatsgalerie, sometime between its disappearance and recovery date, the work belonged to a deputy mayor in Sarrebourg.

Due to its surprisingly good condition, Frankenberger said that it most likely was wrapped in paper for a majority of the time it was missing. Where the work of art resided during the time of its disappearance remains unanswered.

If you’re preparing to rush to the museum to see the engraving, however, you may be disappointed. The museum has not decided how they are going to present the work.

“We have to find the right setting to present it in,” said Frankenberger. The Durer work returning to the art world comes on the heels of two big recoveries. In July, “La Musicienne” by Tamara de Lempicka and “Adolescence” by Salvador Dali were returned to a museum in the Netherlands after vanishing for over six years.

Durer, born in 1471 in Germany, was a draftsman, painter and writer best known for his exquisite, intricate woodcuts, engravings, and etchings, but also created a number of oil paintings, watercolors and sketches during his lifetime.

While you may not be able to see the artwork at the Staatsgalerie yet, you can always contact our gallery consultants at 800-521-9654 ext. 4 or sales@parkwestgallery.com to learn more Park West Gallery’s Durer collection. 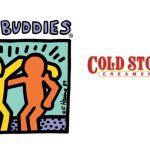 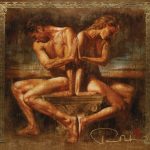