The Louvre and Louvre Pyramid (Photo courtesy of Pixabay)

The public can once again admire masterpieces such as the “Mona Lisa” with the reopening of the Louvre in Paris after flooding forced the museum to close.

Louvre officials reopened the museum on Wednesday, June 8, after an emergency closure last week. The rising of the River Seine that runs next to the building threatened to damage the museum’s collection, forcing officials to move 35,000 works from storage areas and lower floors to the upper levels. Visitors to the Louvre’s website were warned of an “exceptional closure” so it could “ensure the protection of the works located in flood zones.”

Leonardo da Vinci’s “Mona Lisa” was not among the art that had to be relocated, as it already resides on the upper floor of the museum.

The Connexion reports that the Louvre’s Islamic arts department will remain closed so the exhibition can be properly reinstalled. Louvre officials say no water damage has occurred to the building or any of the artworks.

Water wasn’t the only element the Louvre dealt with recently. On June 6, while the museum was still closed, a fire blazed near the building. Thankfully, the fire was contained outside of the museum, and no injuries were reported. Regardless, the blaze was large enough to create a plume of black smoke that could be seen a fair distance away from the museum.

The Musée d’Orsay, one of the largest art museums in Europe, reopened on Wednesday as well after assessing damages to its underground levels. The museum is located on the left bank of the Seine.

According to the Associated Press, France’s Cabinet declared a “natural disaster” in 782 towns and villages that were heavily affected by the flooding. This official declaration enables residents and businesses to gain financial assistance more quickly.

The Seine’s levels rose to their highest points on June 4, but remained more than 10 feet (3 meters) above normal levels. Sadly, flooding across Europe has claimed the lives of at least 19 people. The flooding has been reported to be the worst Paris has seen since 1982. 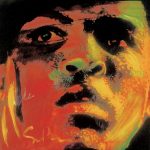 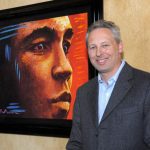