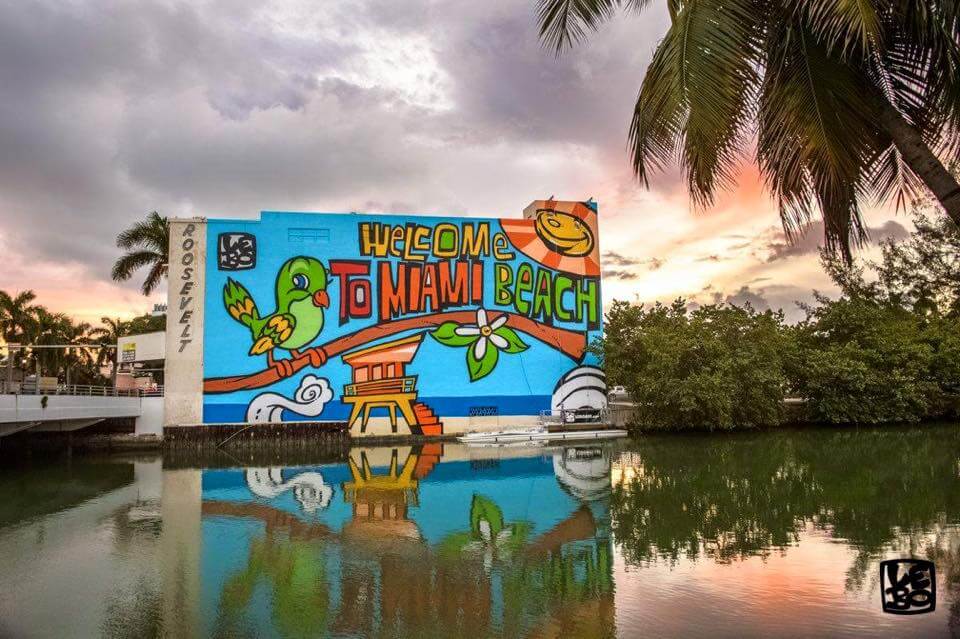 Visitors to Miami Beach will receive a warm and bright welcome thanks to a new mural by David “Lebo” Le Batard.

The “Welcome to Miami Beach” mural was completed in early October 2016, the result of months of hard work and planning.

“I had to go before City Council and present my design to them, and it was a nice, democratic process,” Lebo says.

The brightly-colored mural depicts one of Miami Beach’s iconic Art Deco lifeguard towers, a monk parakeet and a jasmine flower. Of course, the scene wouldn’t be complete without a bright sun and a beach serving as the background.

The mural may not resemble the typical style seen in Lebo’s Postmodern Cartoon Expressionism art, but he says he purposefully designed the mural with a pop art feel. He did so to accomplish his goal of creating a “modern-day postcard” people could share.

“I wanted to do something that harkened back to the day of the vintage postcard,” Lebo says. “I wanted to give something that gave the feel that, from a photographic standpoint, people could take their picture with and send it via social media, similar to how postcards were sent.” 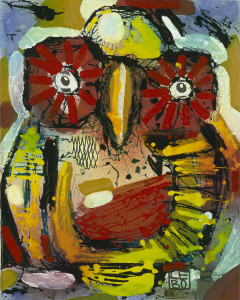 Lebo’s mural is the largest approved for the Miami Beach district, measuring in at 50 feet high and 120 feet long. The artwork takes up the wall of the abandoned Roosevelt Theater, which sits on the Biscayne Channel.

“It’s over water, so there were a lot of logistical and physical challenges,” he says. “You had to climb down a sea wall, get on a paddle board, paddle to the wall, put on your safety gear and connect to the building.”

By welcoming visitors, locals, art lovers and others from around the world to Miami Beach, Lebo hopes the mural can serve as a landmark for the area.

“You look at Las Vegas and other iconic cities where there is something you can take a picture in front of that says that you’re there, and Miami doesn’t have that,” he says.

Lebo’s ascension in the art world is thanks in part to his mural art. By creating murals around Miami early in his career, he gained recognition and exposed more people to his artwork. His murals are found all over, such as the American Airlines Arena in Miami, Calle Ocho, Hart Plaza in Detroit and Hotel de Artes in San Francisco. 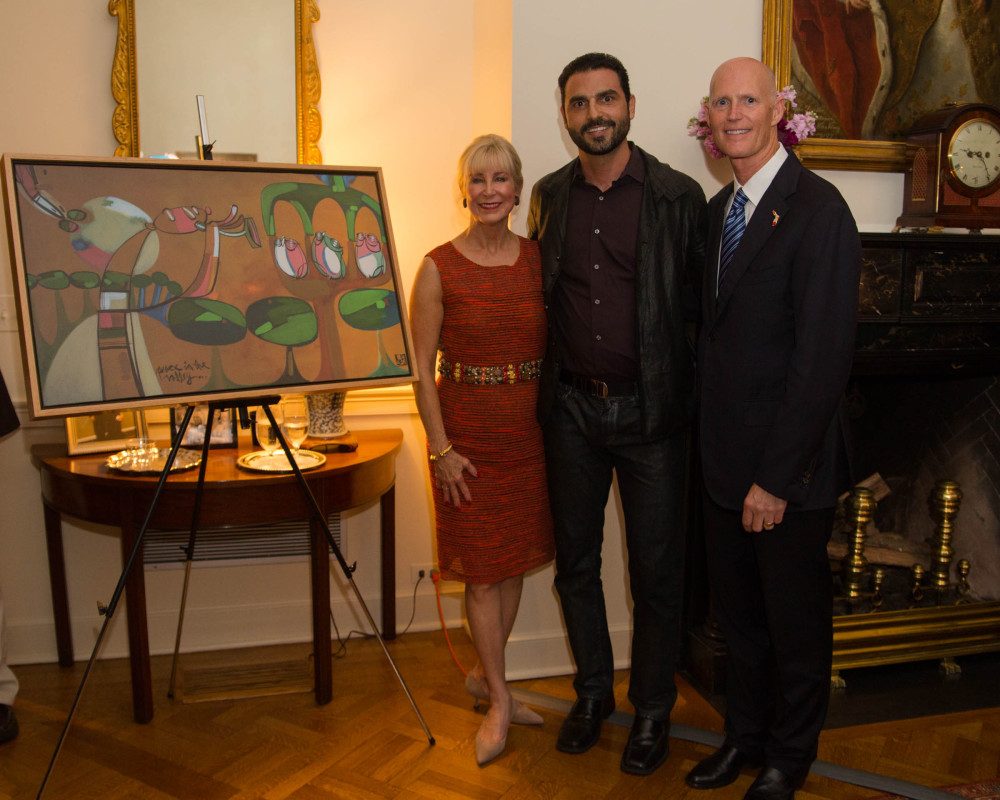 Born in New York but raised in south Florida, Lebo says he is happy to represent the city where he grew up and currently resides.

“I think my evolution as an artist and human being and Miami’s evolution of a city for the last span of 35 years has been pretty congruous,” he says. “I feel a real connection to the city that is indescribable.”

Alongside his latest mural, Lebo proudly represents Miami with his hull artwork found on Norwegian Cruise Line’s ship, the Getaway. For more Lebo art, be sure to check out Park West Gallery’s online Lebo collection. 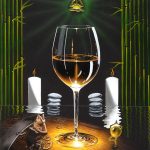 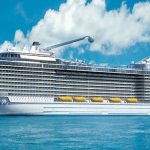