Terri McConnal of Novi, speaks during KidSpeak 2015. She is a student at Oakman Community College and mother of a 1-year-old. Photo courtesy of Saba Gebrai.

Around 12 children in Macomb, Oakland and Wayne counties enter the foster care system every day. It’s a powerful statistic, but even more powerful is to hear about the system from some of those very kids.

Teenagers with the Blue Babies of Park West Foundation and Michigan Youth Opportunities Initiative – Oakland County Chapter spoke to a panel of state and county officials about their experiences in the foster care system during the annual KidSpeak program on January 26, held at the Oakland County Commissioners’ Auditorium in Pontiac, Michigan.

Saba Gebrai, Park West Foundation program director, said the aim of the conference is to provide policymakers testimony from youth who have interacted with Michigan’s foster care system. The goal is to improve public policies by providing stories of first-hand experience.

Since forming in 2006, Park West Foundation has worked to find innovative and creative solutions for youth that age out of foster care in Michigan.

“In order to support, care, protect and prepare children and youth in child welfare, all stakeholders have to increase youth voice and meaningful participation in the policies that affect them, to ensure lasting and sustainable solutions,” Gebrai said.

About 18 youth stepped up to speak during the program, and with each youth that spoke, the policymakers not only learned about the challenges that foster care life creates, but suggestions to improve it.

The young men and women asked for more stability in their homes, schools and agency staffing; better resources to follow them into adulthood; more consistency for opportunities to be involved in life planning; and help in tearing down the barriers they face when trying to stay in touch with siblings. Above, Dain Whitlock of Pontiac, Michigan speaks to policymakers during KidSpeak 2015. He was adopted by a good family and eventually met his biological family. Photo courtesy of Saba Gebrai.

Gebrai is optimistic that the testimonies had an impact, saying that state lawmakers are making direct references to what the youth said when talking about legislation.

“There is already an interest in being able to address the issues that came up,” she said.

The challenges youth face by not having a permanent home or parents set them up for a tough time. For instance, a quarter of foster care youth do not graduate from high school or earn a GED on time. Pregnancy is also an issue, as 71 percent of females become pregnant at least once before the age of 21 compared to 34 percent in the general population.

“As a foster parent, I have seen what these kids go through and I am honored to help give them an opportunity to share their experiences,” said Runestad, R-White Lake Township. “The best way to improve the foster care system is to hear from the people who know it the best – the kids who spent years moving through it.” 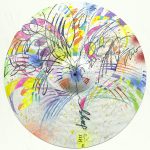 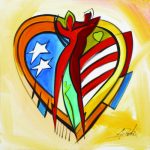