Park West Gallery is excited to offer for sale an impressive collection of 19th Century Japanese Woodcut prints created by more than 25 different talented woodblock artists. Following, we present a few collection highlights along with a bit of art history behind the prints.

The majority of prints in the Park West Gallery Japanese Woodcut Collection were created during Edo period Japan (1615-1868). Known familiarly as ukiyo-e, or “pictures of the floating world,” these images traditionally portray “worldly pleasures and earthly delights,” a type of escape that dealt with the frustrating ancient divisions of class between Japanese nobles and warriors.

Historically, many in the warrior class had been able to accumulate vast sums of money, often much more than many of the nobles. But due to strict class definitions, this didn’t matter and they were seen as second tier. Thus, ukiyo-e, the “floating world,” was born as a place controlled by and patron to the warrior class (and those interested), an area where they could revel in their “earthly delights.” Common forms of entertainment were elaborate tea houses, the company of courtesans and geishas, and Kabuki Theater.

While many ukiyo-e show everything from geisha and landscapes to tea houses, the most famous prints depict scenes from the Kabuki Theater. The theater acted out stories deeply engrained in Japanese history, tales that were fantastic and supernatural, mythological or the aggrandized lives of historical figures. Each story was easily recognized by their audience and the Kabuki actors went to extreme lengths to convey the most dramatic, exaggerated expressions and poses that they could. 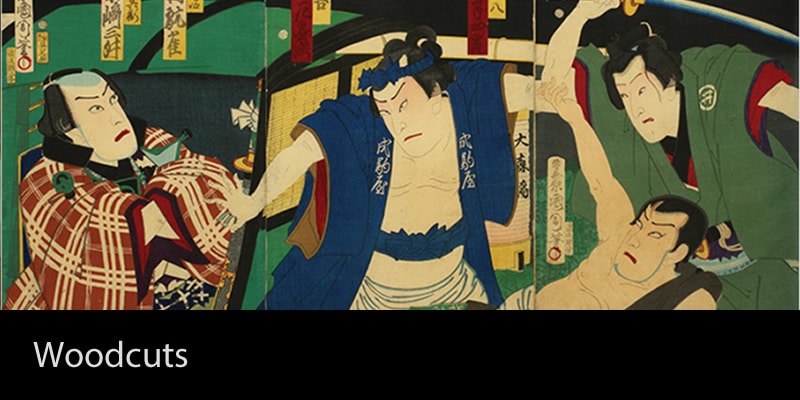 At the height of this drama, the actor would freeze, holding this powerful facade. Each actor had his own signature trait, such as how long he would hold his pose, the comedic way his hair was worn, his family crest or the colors in his costume. Woodblock prints of this period usually depicted specific actors, recognizable by these features.

Likewise, in Kabuki prints, not only were the actors easily recognized, but so too were stories they acted out. Artists would take the most dramatic pose from an actor’s repertoire and freeze it on a woodblock forever, making sure to include telling marks of who the character was. Having the character hold something symbolic or depicting them in the midst of their most notorious moment were common ways in which the artist clued the audience in to what was happening.

Finally, when Japan opened up their trade routes to Europe in 1868, renowned artists like Toulouse-Lautrec, Degas, Whistler, and Van Gogh became known collectors of these prints, often bringing aspects of the woodblock style into their own artwork. From the use of sharp perspective, line and color, to the study of the middle class’s entertainment, without ukiyo-e, Impressionist art would have become something else entirely. 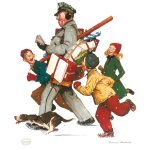 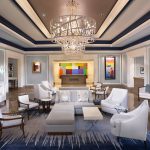