Historic Erte Exhibition at the Hermitage The State Hermitage in St. Petersburg, Russia is remembering Erté with the first-ever solo exhibition held in the artist’s home country.

Held June 21 to Sept. 19, “Erté: An Art Deco Genius,” was organized by the Hermitage in conjunction with galleries in London and New York. The exhibition is a homecoming for the artist’s work, as he was born as Romain Tirtoff in 1892 in St. Petersburg.

Erté is one of the most successful artists of the 20th century, and is credited as a “genius of Art Deco” through his contributions to fashion, graphic arts, jewelry, cinema, set design, sculpture and other fields. This is the first exhibition devoted to the artist in Russia and features 136 works, including watercolors, gouaches (a painting technique using gum-based watercolors), pen-and-ink drawings and sculptures.

Park West Gallery is proud to offer collectors works by Erté, one of the most influential artists of our time. Among Park West’s collection are limited-edition works of his famous “Numbers” and “Alphabet” series, which is represented at the Hermitage Museum exhibition. He left Russia in 1912 to move to Paris, where he worked as a fashion designer for Paul Poiret, an influential couturier in Parisian fashion. Around this time, Erté adopted his pseudonym, a nickname based on the French pronunciation of his initials (RT). Following this, Erté contributed to a number of magazines, including “Vogue,” “Cosmopolitan,” “Ladies’ Home Journal,” “Harper’s Bazaar” and “The Sketch.”

Erté was known for his innovative fashion designs: He created the asymmetrical neckline, implemented designs that would later be known as “unisex” and pioneering the use of fabrics previously exclusive to female attire in men’s clothing.

Erté’s art melded multiple styles and ideas, including Cubism, Constructivism, Art Nouveau and even modern geometrical designs. From the 1960s to his passing in 1990, Erté’s art was exhibited around the world.

Collectors are encouraged to view the Park West Gallery Erté art collection. Contact our gallery consultants at 800-521-9654 ext. 4 or sales@parkwestgallery.com for more information. 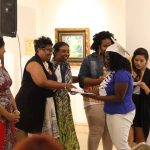 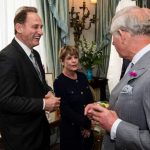