In late August 2008 a Harley Davidson dealer from San Diego, California was participating in the 105th Harley-Davidson anniversary in Milwaukee and sold the Scott Jacobs painting “As American As…” to actor Robert Patrick (Col. Tom Ryan of The Unit). Jacobs wasn’t able to attend the event in Milwaukee but when he heard about his latest sale, he decided it was one that required a little special attention.

Since actor Robert Patrick heads up the Special Forces unit on CBS’s The Unit, Jacobs (Harley-Davidson’s first officially licensed artist) planned a covert mission to surprise the actor with the special delivery.

Two weeks before Patrick’s 50th birthday (November 5) – and coincidentally, a couple of days before Jacobs’ 50th – Jacobs and the Harley-Davidson dealer drove to the Santa Clarita, California studio where The Unit is filmed to deliver the framed original. After watching the filming of an episode, Scott Jacobs explained that his father is a fan of The Unit so Patrick (Col. Tom Ryan) called Jacobs’ father in character and also signed a script and hat for him.

About the Artist
Scott Jacobs’ early artwork included pen and ink drawings for his high school newspaper. At nineteen, Jacobs bought a failing art gallery with money he earned from odd jobs. Two years later, at the age of twenty-one, Jacobs opened Reflections on Canvas Gallery in Westfield, New Jersey. At the urging of a friend, Scott merged his love of motorcycles with his artistic talent. Jacobs became the first officially licensed Harley-Davidson artist and continues to paint images that continue to amaze motorcycle enthusiasts world-wide. 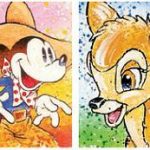 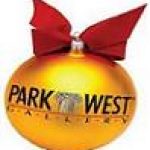