Giants of the Sea: How Modern Cruise Ships Size Up to the Titanic

Left: The RMS Titanic. Right: Harmony of the Seas.

When the world isn’t in the grips of a pandemic, Park West Gallery provides artwork from some of the giants of the art world, and does so on some of the largest cruise ships sailing the seas.

Perhaps the most famous ship known for its size is the Titanic. The massive passenger liner measured in at 882 feet and 9 inches long, weighed 46,328 gross tons and had a 2,453-passenger capacity, making it the largest ship afloat at the time it set sail in 1912.

Nowadays, cruise ships have outright surpassed the Titanic and feature some of the most innovative attractions and amenities found at sea. The largest ships for each cruise line include: Harmony of the Seas leaving the STX shipyard in St. Nazaire, France for her first sea trial. (Photo courtesy of RoyalCaribbeanPressCenter.com)

This behemoth currently claims the title of largest ship ever constructed and in service, with a gross tonnage of 226,963 and measuring 1,188 feet in length. The Oasis-class ship boasts a number of amenities, including the Bionic Bar with its robot bartenders, the Ultimate Abyss slide that starts 150 feet above sea level, a Central Park outdoor area and even the first at-sea production of “Grease.” Its sister ships, the Allure of the Seas and Oasis of the Seas, are second and third for the largest cruise ships in service. Not only does this ship claim the title of the largest Norwegian Cruise Line ship at 164,600 gross tons, its massive hull features the artwork of artist and scientist Guy Harvey. Thrilling waterparks that have some of the fastest waterslides at sea, the first-ever craft beer hall at sea (District Brew House), Broadway hits like “After Midnight” and more await cruisers aboard this gigantic vessel. Guests can even chill out with the line’s first “snow room” or at the restaurant-lined boardwalk.

The Royal Princess offers a modern, classy and fun time for its passengers, and serves as the flagship of the Princess Cruise’s fleet. The Royal Princess, which weighs 141,000 gross tons, features the SeaWalk glass walkway for amazing views; Princess Live!, the first TV studio at sea; and the Movies Under the Stars poolside venue. There are even youth and teen centers to provide fun for all members of the family. True to its name, the Royal Princess has the honor of having the Duchess of Cambridge as its godmother. Carnival’s massive ship, launched in May 2016, is the first in the line’s Vista-class of ships. Among the amenities to explore on the 133,500-gross-ton are the first-ever North American floating brewery, the RedFrog Pub; an IMAX theater, the first ever located aboard a cruise ship; and the ship’s signature SkyRide experience, an aerial ride invented by the creator of rollerblades where guests pedal on recumbent-like cycles at speeds up to 25 MPH on an elevated 800-foot-long track. The Havana Cabanas and Havana suites give guests a taste of Cuba with outdoor patios and hammocks. While technically one of the oldest ships on this list (construction began in spring 2011), Celebrity Reflection is not lacking in size or sophistication as the fifth and largest Solstice-class ship at 125,366 gross tons. The Alcoves provide guests the chance to take a private retreat in cabana-style areas, while those seeking a culinary treat aside the 20 options in the Main Restaurant can check out the Lawn Club Grill for a taste of outdoor grilling while at sea. Celebrity Cruise favorites make a return as well, such as the Sky Observation Lounge and the Solarium. Although it is the smallest on this list, it still outclasses the Titanic in size, weighing almost double what the Titanic weighed (99,500 gross tons compared to 46,328 gross tons). The newest and largest ship in the Holland America Line’s fleet boasts designs based on the theme of “Architecture of Music.” Fans of music are sure to not only enjoy the amazing structural design, but also the ship’s Music Walk featuring three music venues. The ship also contains purpose-built staterooms for both individual and family travelers and Blend, a venue where guests create their own wine. 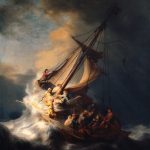 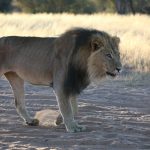