The Carnival Vista, Carnival’s newest cruise ship, set to debut in spring 2016. The latest cruise line reports indicate the industry will grow significantly within the next decade. Photo courtesy of carnival.com.

Do you enjoy cruising and Park West Gallery’s fine art auctions aboard ships? Then you’ll love the latest news that indicates the cruise industry is growing in the next seven years.

According to Cruise Industry News, the report gives future outlooks and supply-and-demand scenarios from 1987 to 2021-plus. This year’s report states Carnival is planning on growing its 10 million passengers to an estimated 13 million by 2022.

Meanwhile, Royal Caribbean is estimated to grow from more than 5 million passengers to at least 7 million. Celebrity Cruises is one of its brands.

Norwegian Cruise Line is expected to see the most significant percentage of growth between 2015 and 2022. The cruise line is anticipates increasing its capacity by 50 percent.

The report further indicates that the withdrawal of ships from the fleets will be insignificant, as the ships are older and smaller when compared to the new, larger ships being produced. Check out our post about cruise lines releasing new ships in 2015 and beyond.

In fact, Carnival Corp. recently announced that it plans on adding nine new ships starting in 2019. The company’s brands include Carnival, Holland America, Princess and P&O Australia, but it has not specified which of these cruise lines would receive the new ships or the size of the vessels. The announcement did indicate, however, that they would be based on “next-generation ship designs.”

“Our goal as a company is to exceed the expectations of every guest on every ship every day, and these new ships will further enable us to do just that,” said Arnold Donald, president and CEO of Carnival Corporation.

With the industry’s future looking bright, we hope to see you on a cruise in the near future at our onboard art galleries and art auctions! 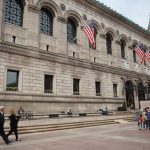 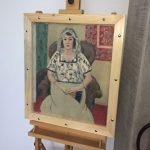