Nonprofit continues to offer a ‘hand up, not a handout’

C&G NEWS — At the dedication ceremony for his new home Aug. 20, Michael Munger was grinning ear to ear, hugging one person after another and basking in the glow of adoring supporters who had spent many hours this summer helping him overhaul a foreclosed house in the neighborhood east of John R and south of 12 Mile.

Now Munger, 48, single with no kids, will have a place to call his own, not far from where he grew up in the 12 Mile and Dequindre area.

“It’s been an incredible experience,” Munger told the crowd gathered on the side of his new home on the 2000 block of Osmun. “Everybody did an excellent job — the quality of work, the time that they spent, ya know, just away from their families and their friends and everything, just to help me achieve a dream.”

The project was done through Habitat for Humanity of Oakland County (HFHOC), the first of three such projects in Madison Heights this year. Including the Munger home, HFHOC has already built or rehabbed seven homes in Madison Heights since 2010. County-wide, the group has 10 builds or rehabs planned this year.

Local artist Tim Yanke, of Park West Gallery, presented one of his “Yanke Doodles,” the third he’s donated to a Habitat dedication. The painting of an American flag featured the words of the National Anthem, and a rainbow-hued border celebrating the diversity of the United States. There was also a tree planted in the backyard — a new touch for a Habitat dedication. Continue reading online → 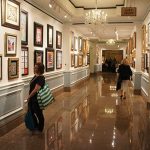 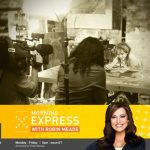