Celebrating Shadows, Even On Groundhog Day

And in case you haven’t heard, Punxsutawney Phil emerged at sunrise in Gobbler’s Knob, but unfortunately the little guy saw his shadow. That means we’re stuck with six more weeks of winter — can you hear all of us at Park West Gallery (in frigid Michigan) groaning?

Just when the Park West Gallery bloggers were about to curse shadows and wish them out of existence forever, we got to thinking about how shadows can be an essential part of bringing artwork to life, in creating depth and dimension. The artworks of Dutch master Rembrandt van Rijn, for example, are praised for the artist’s dramatic use of chiaroscuro (strong contrasts of light and shade).

Rembrandt was a master of manipulating light and shadow to capture the intricate details and nuances of his subjects. In Susan Stamberg’s recent NPR broadcast, the dramatic allure of Rembrandt’s 400-year-old sketches is discussed:

“I don’t know about you, but I walk right past sketches when I’m at a museum. I head for the color: the oils, the big things,” Stamberg says. “But in a large, dimly lit show at the Getty Museum in Los Angeles — the lights are down to preserve the 400-year-old works on display — it’s the sketches that are the main attraction. That’s because the sketches are by Rembrandt, or at least most of them are.”

“A sketch,” says curator Lee Hendrix, “is putting your thoughts on paper. It was an end in itself. For Rembrandt, drawing was a way to work through subjects. I mean, he was one of the greatest dramatic artists who ever worked,” Hendrix continues. “I think of Rembrandt as a kind of Shakespeare.”

So despite the bleak forecast, maybe there is a reason to celebrate shadows today… 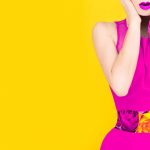 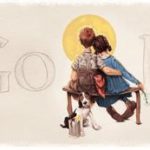