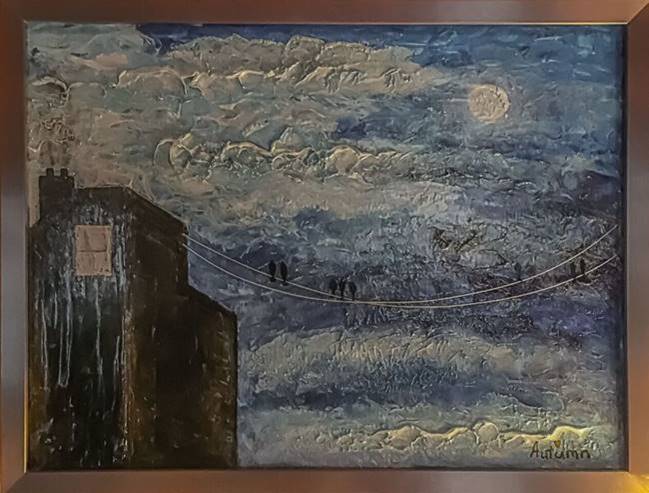 When artist Autumn de Forest learned that two of her collectors lost irreplaceable artwork in a robbery, she knew what she had to do.

While enjoying a cruise in 2014, Ralph Minnicozzi noticed his wife, Venita, admiring an artwork by Autumn. He realized he had found the perfect gift for his wife’s upcoming birthday and commissioned Autumn to paint “Midnight Moon,” a variant of her “Goodnight Moon” series, and gave it to Venita.

This past June, Minnicozzi was moving his possessions from New Hampshire to Arizona to join Venita in their new home. He stopped for the night at a hotel in Albuquerque, New Mexico. The next morning, Minnicozzi discovered that thieves had stolen his truck and the attached U-Haul trailer.

Deputies located Minnicozzi’s truck and trailer, but all of his belongings were missing. Above all his stolen possessions, what pained him the most was the loss of artwork he and his wife had collected, including works by Joan Miró, Alfred Gockel, and Autumn’s “Midnight Moon.”

“There’s nothing these guys are going to be able to do with it,” Minnicozzi told the Albuquerque Journal. “It’s stuff we had an emotional attachment to that you can’t replace.”

Autumn said she was heartbroken when she heard about the tragedy, and worked with Park West Gallery to reach out to the Minnicozzis and deliver a special message.

Autumn recreated “Midnight Moon” for the Minnicozzis. The couple expressed their heartfelt gratitude to the young artist for her act of kindness during such trying times.

“You are really a beautiful person to create this magnificent piece of art to replace our stolen treasured Autumn de Forest,” the couple said in a letter to Autumn. “You are an incredible talent, and your work continues to surprise and impress.” 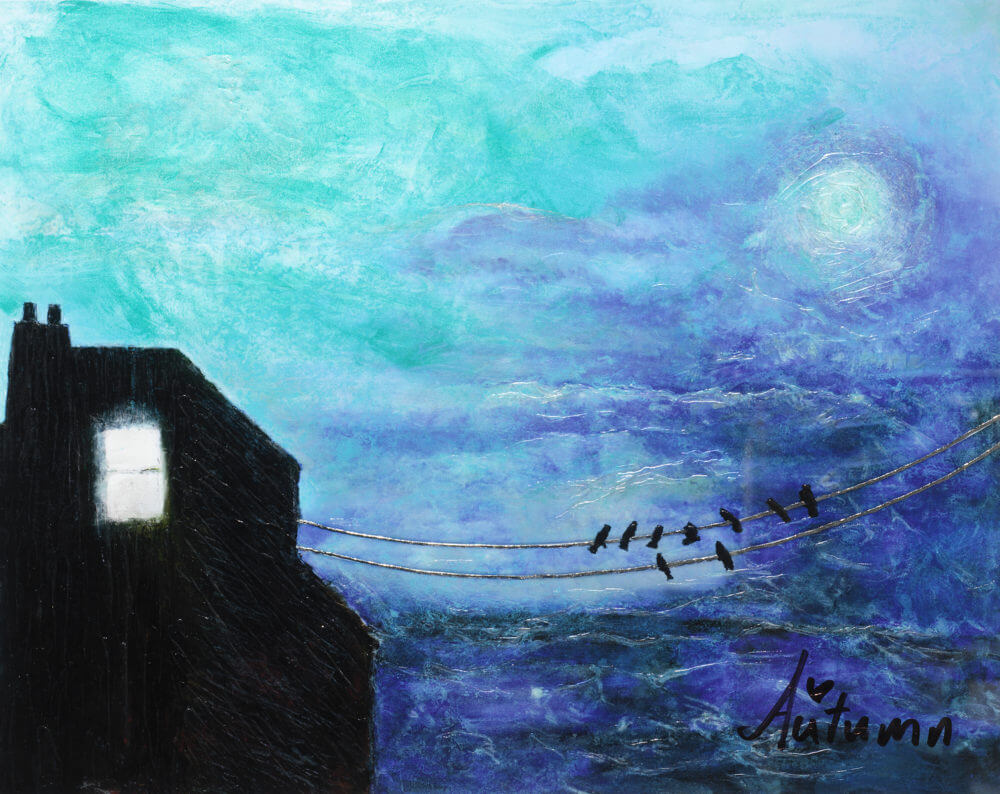 The “Midnight Moon” painting is inspired by the “Goodnight Moon” series Autumn began at the age of 8. In it, Autumn depicts an old house at night with one window illuminated. The light symbolizes a grandmother who passed away, and the birds sitting on wires represent the grandmother’s children and grandchildren who used to play at the house.

To take home your own work of art by Autumn de Forest, contact our gallery consultants during business hours at (800) 521-9654 ext. 4 or sales@parkwestgallery.com after hours. 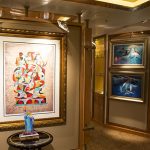 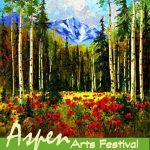