Birmingham artist Weatherly Stroh expressed her gratitude after learning she was named a great artist by friends, family and experts alike.

“I’m thrilled, it is such an honor,” she said. “This was a wonderful experience.”

Stroh was announced as the winner of the 2014 MI Great Artist online competition during a reception held Dec. 11 at Park West Gallery in Southfield.

Stroh is a graduate of the University of Colorado and worked as an elementary school teacher before turning to painting full time in 2010. Her representational style focuses on animals and landscapes. She is the great-grandniece of American impressionist painter Gari Melchers.

She was awarded a $1,500 cash prize and a solo exhibition at Park West Gallery. Her artwork will be used on the poster of a future Oakland County quality-of-life event, printed by Park West Gallery, and the gallery will provide custom framing services for five of Stroh’s works.

MI Great Artist began in 2012 with the collaborative efforts of Albert Scaglione, founder and CEO of Park West Gallery, and Oakland County Executive L. Brooks Patterson, with the goal of identifying up-and-coming artists.

Scaglione said the gallery is about encouraging and supporting artists, and thanked the finalists for their efforts in creating works that will be treasured for years to come.

“I don’t think there is a work of art in this room that will ever be thrown away,” he said. “I think for eons to come people will treasure them, and they’ll become very valuable and expensive because they survived – survival alone will be enough, but that won’t be the real reason. The real reason is their quality.”

A total of 92 artists entered the contest this year. The public selected 20 artists among them in mid-October, and the finalists were chosen by the judges. Entries for all five artists are on display at Park West Gallery until Jan. 4, 2015.

“I’m awed by the talent of these fine artists,” said Patterson. “The competition was very close but Weatherly had a slight edge over the other four finalists.”

“The works that were picked make a great show, and I’m just thrilled to be one of the five artists that was picked,” said Zdeb. Each finalist won $375 and custom framing for five works courtesy of Park West Gallery. All of the finalists will have a two-month solo exhibition at the Oakland County Galleria in Waterford, scholarships toward Oakland County’s One Stop Shop Business Center and consultation with an Oakland County business development representative. The contest is open to artists ages 18 years and older who live, work or attend school in the counties of Genesee, Lapeer, Livingston, Macomb, Oakland, Shiawassee and St. Clair. This year’s contest included three-dimensional art as well as two-dimensional artwork. 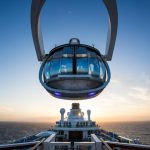 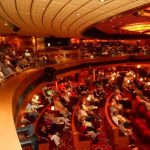