Art Is Nothing But the Dexterity Of An Illusion

Rembrandt van Rijn is considered by many to be the most innovative and influential etcher and engraver of all time. Rembrandt’s contributions to etching and engraving have inspired countless artists, including many of the most important masters of etching who followed him such as Goya, Whistler, Chagall and Picasso.

In many ways, Rembrandt’s etchings and engravings are his most important artistic contributions, even more so than his paintings. He revolutionized a medium that was in his day simply a copyist’s tool. Rembrandt painted portraits to sustain himself financially. He made etchings and engravings for his personal pleasure, to extend the potential of the medium, and to feed his desire for continual creativity. He carried with him a copper plate as most artists carry a sketchbook. Rembrandt created more than 300 etchings during his lifetime, many of which he labored over obsessively, often resulting in multiple states, or variations in the evolution of an image.

Scholars have divided Rembrandt’s etching and engraving output into different categories according to the subjects he chose. Each reveals a different facet of the personality of Rembrandt. His portraits reveal his desire to capture the psychological complexity of the sitter and his self-portraits express his general moods and changing personal circumstances over the years. His many religious works demonstrate a vast knowledge of both testaments, while his beggar and genre scenes are still being analyzed for their meaning and intent. As he was the great master of the Baroque Age, a time known for a dramatic use of light and shadow (chiaroscuro), his etchings often convey a powerful mood and a highly theatrical quality, one which has extended his influence to filmmakers and photographers even into the 20th Century.

More than 350 years later, Rembrandt’s etchings and engravings continue to astonish us with their virtuosity, insight and dramatic presence. 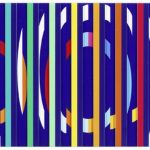 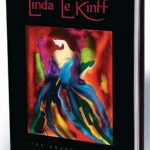