Wildlife artist and conservationist Andrew Bone loves to paint the big cats of Africa, but has just as passionately worked to conserve them.

Bone and his Forever Wild Foundation, with assistance from the Park West Foundation, contributed to the conservation of cheetahs in South Africa. The artist was happy to report that his efforts are already bearing fruit.

Earlier this month, Bone announced that the organization he is working with, Wildlife ACT, was able to capture a coalition of three cheetah brothers in the Pilansburg National Park and relocate them to the Hluluwe iMfolozi National Park in Natal. Not only will this bolster the cheetah population, but it will also save the coalition of cheetah from harm. According to Bone, the trio was being persecuted by lions in their former territory.

“It will be a great opportunity to give them a chance to be safe in their own territory,” Bone writes. These cheetahs will join the cheetah population in Hluluwe iMfolozi National Park. This population is among the most important, as it is considered the oldest and most stable since the 1970s. Despite being the oldest, little is known about it, which prompted the Wildlife ACT and Ezmvelo KZN Wildlife to form a research project in 2011.

The project involves a camera trap survey that will identify individual cheetahs, establish their home ranges and gather data on their demographics. For this to occur, ID kits and the collaring of the animals was required.

“We have absolutely no idea what the conditions are, where they are, what their reproduction is at the moment,” Bone said earlier in 2016.

Thanks to the support from Bone’s Forever Wild Foundation, the Wildlife ACT collared their first cheetah in May 2016. According to Wildlife ACT, the information gathered from the collar, including movement and habitat details, are crucial. Bone says he received an update that the GPS on the collared cheetah is working perfectly and allowing officials at Hluluwe iMfolozi National Park to monitor it 24 hours a day. The collaring of more cheetahs is scheduled for this year.

“The [Forever Wild] Foundation has committed itself to covering the additional costs of veterinary equipment and expertise for the project,” Bone writes. “It is rewarding to personally know and respect those other individuals involved in the project.”

The Forever Wild Foundation, conceived in 2014, uses donations to provide in-kind resources to causes that support the conservation of African wildlife. 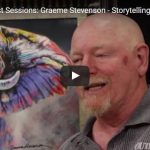 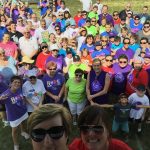