Park West Gallery loves art and travelling so we have compiled a list of our top ports to experience world-class art. Below are seven ports that are home to exceptional works of art—all within a 20-minute drive from the cruise terminal. 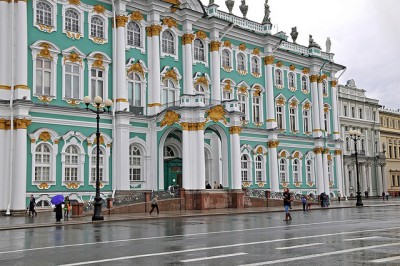 St. Petersburg is the second largest city in Russia and a popular stop on the Baltic cruises. Though the city was founded in 1703 and is relatively young, it is already known for its rich art scene.

The biggest art attraction is the prestigious State Hermitage Museum which is regularly ranked as one of the top 10 museums in the world. It has a collection of over 3 million works of art and world culture artifacts, including the largest collection of paintings in the world. If you want to study Russian art more in depth, venture over to The Russian Museum. The collection spans almost two and a half centuries featuring an outstanding representation of Russian figurative art. Looking for something a little more modern? On your way back to the ship, head over the Erata Museum and Galleries of Contemporary Art. It’s Russia’s largest private museum of contemporary art.

Barcelona has been home to many great artists over the years. They have visually left their mark on Barcelona and a few of the more prominent artists have even had museums built to commemorate their achievements.

The Picasso Museum’s emphasis is on his formative years as an artist in Barcelona. If you admire Picasso’s work, this a must-see stop that will further enrich your understanding of his later movements. In addition, the Picasso Museum is one out of the seven museums and institutions that own a complete set of the “347 Series.” Another artist that has his own museum in Barcelona is Joan Mirό. The Fundaciό Joan Mirό has over 14,000 works of art. Also, you can view Mirό sculptures at the Parc de Joan Mirό. Other museums that are worth a visit are the National Art Museum of Catalonia, well-known for its Romanesque and Gothic art collections, and the Museu Europeu d’art Modern, a smaller museum of contemporary works. 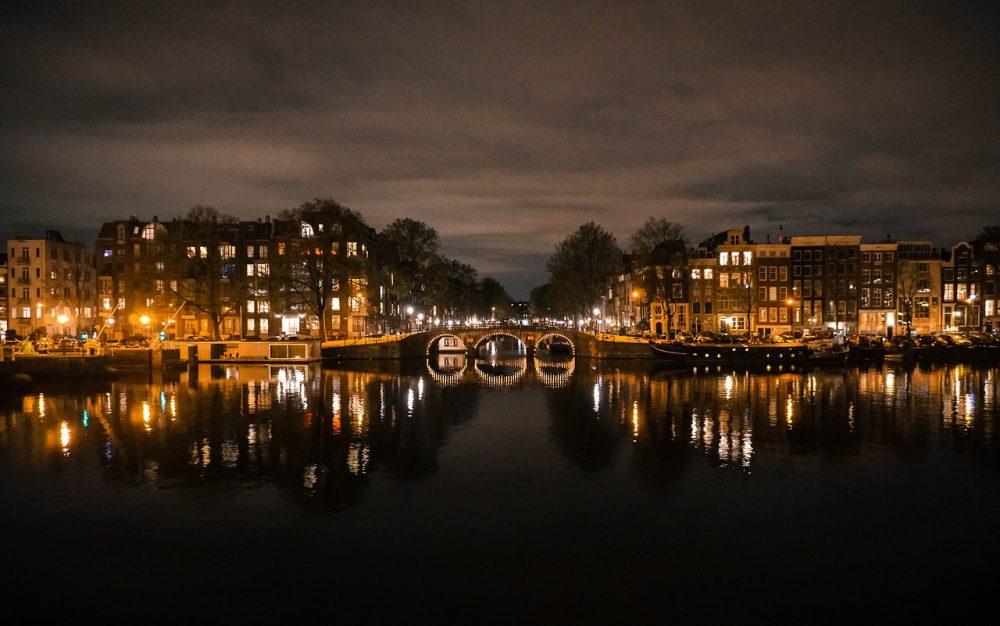 Amsterdam’s canals transport you to a bygone era so it is not surprising that the city contains a multitude of works by old masters.

The Rijksmuseum reopened the main building in 2013 after a massive renovation. Here, you can view artworks from Vermeer, Rembrandt, and Hals. If you would like to learn additional history about Dutch masters, you can visit the actual house Rembrandt resided in between 1639 and 1658. They even give demonstrations on etching. Moving forward in time to post-impressionism, the Van Gogh Museum displays some of his popular works including “The Bedroom, 1888” and “Sunflowers, 1889.” Also, in Museum Square is the Stedelijk Museum that exhibits modern and contemporary art. Lastly, if you miss the State Hermitage Museum in St. Petersburg, you have an opportunity to visit their branch in the Netherlands, Heritage Amsterdam. 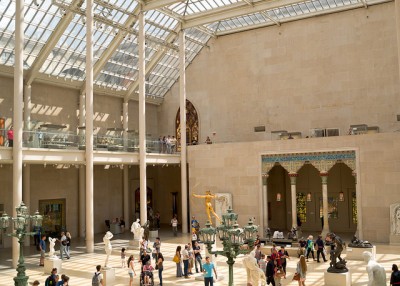 There are several possible cruise terminals when visiting New York City. However; if your ship is in the Manhattan Cruise terminal they city’s prestigious museums are a short cab, or subway, ride away. 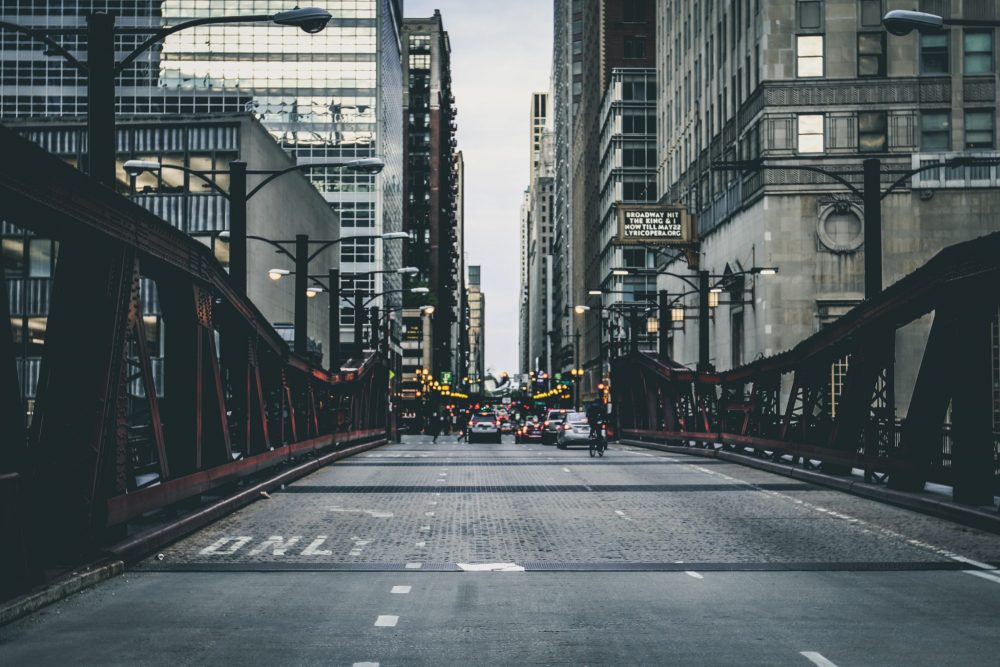 The Upper Eastside has several museums that are just blocks away from each other, earning the title Museum Mile. The Metropolitan Museum of Art, the largest art museum in North America, is located on the west side of 5th Avenue. It could take a whole day just to explore its maze of rooms. The east side of 5th Avenue is home to the Solomon R. Guggenheim Museum, focusing on international art from late 1800s to present day in a space designed by Frank Lloyd Wright; and the Neue Galerie, home to Gustav Klimt’s portrait of Adele Bloch-Bauer. Down the street, just outside of Museum Mile, is The Frick Collection which houses Henry Frick’s personal collection of old masters including Bellini, Goya, and Rembrandt. Beyond 5th Avenue, there is the cutting-edge Museum of Modern Art and the new Whitney Museum of American Art which is currently being relocated downtown and will reopen May 1. 2015.

Villefranche-sur-Mer is the port of entry for cruise ships; however, picturesque Nice is a short drive away. The light and scenery attracted many artists to this coastal town in the 20th Century.

Henri Matisse and Marc Chagall both resided in the area in their later years and each have a museum in their honor. The Musée Matisse original collection consisted of artwork that Matisse donated himself from his local studio-apartment. While Marc Chagall was still alive, he decided where to hang each work of his art in the Musée National Marc Chagall. In addition, the museum is known for the numerous works containing biblical images in its collection, including the Bible Series etchings. Visitors can view Matisse and Chagall’s artistic forefathers at the Fine Arts Museum, also known as Musée de Beaux-Arts, as well view the movements that the artists paved the way for at the Museum of Modern and Contemporary Art.

Sydney has two cruise terminals, both of which are conveniently located right downtown. When in port you will not only see famous landmarks like the Sydney Opera House, but you are minutes away from two exceptional, though contrasting, museums.

The Art Gallery of New South Wales is a much bigger institution than its name may convey. The large rooms in the classical building contain a vast collection of artworks spanning over centuries. Visitors especially enjoy the Aboriginal and Torres Strait Islander galleries. Right next to the Circular Quay dock is the Museum of Contemporary Art. This museum strives to have ground-breaking exhibits from international contemporary artists. As part of its permanent collection, the museum has numerous powerful Aboriginal artworks. Both museums can brag about their gorgeous views. The Art Gallery of New South Wales overlooks the Sydney Harbor and the Museum of Contemporary Art has the Sculpture Terrace on the top floor next to the dock. 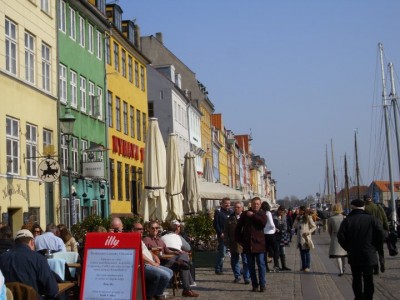 Copenhagen is a blend of new and old. It has a mixture of architecture from different periods since much was rebuilt in the 1700s after damage from the plague and several fires. Today, as a European financial center, the city attracts a diverse population.

The National Gallery is representative of its turbulent past with a collection that spans over 700 years. The original collection consisted of the collections acquired by the Danish monarch. Now, the collection has expanded to include avant-garde, contemporary works. In contrast, the Hirschsprung focuses on a much smaller time frame, the 19th Century to the early 20th Century, and the art is displayed in an intimate, home-like setting. Besides having museums that represent the visual past and present, The David Collection exhibits art that represents the varied cultural make-up of the city. This museum has three collections: European 18th century art, Danish early modern art, and Islamic art. The latter is actually its largest and most popular collection. 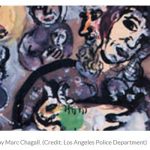 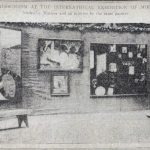