Nine paintings collectively valued at up to $24 million, including works from Marc Chagall and Diego Rivera, were recovered years after their disappearance.

The Columbus Dispatch reports that the FBI has recovered artwork from one of the biggest art heists in Los Angeles six years after its occurrence thanks to the successful execution of a sting operation.

Paul Espinoza, 45, was arrested after attempting to sell the art to undercover agents at a Los-Angeles hotel in October for $700,000. An overseas tip led investigators to Espinoza, who pled not-guilty to receiving stolen property. The tip told of someone in Europe who was soliciting buyers for the art.

According to the article, the paintings belonged to an elderly Los Angeles couple who have since passed away. They were home when the paintings were stolen from their residence in August 2008, but were bedridden and unaware of the burglary.

The Chagall painting seen above, “Les Paysans,” and Rivera’s “Mexican Peasant” were among those recovered:

The nine paintings collectively were appraised at $13.6 million to $24 million and rank as the most valuable art collection stolen in Los Angeles “in recent history,” comparable to the theft of a dozen Andy Warhol works from a private home in September 2009…Read more. 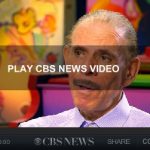