Rembrandt’s Biblical subjects comprise a substantial portion of his etching ouvre. They have traditionally been some of the most sought after by collectors and were innovative for their time because of the manner in which they reveal Christ’s interaction with the people of His time.

Presentation in the Temple

In the late 1620s, Rembrandt began to paint and etch his first self-portraits. Throughout his career he produced many subsequent self-portraits in both mediums. Scholars differ as to Rembrandt’s motivation for creating self-portraits. The earliest notion that he could not afford to pay for models has given way to the more cogent idea that in his pursuit of the “psychological portrait,” the desire to reveal the human and spiritual nature of the sitter, he used his own face to more deeply contemplate this revolutionary approach for the time.

Self Portrait in a Flat Cap and Embroidered Dress

The vast majority of the portraits Rembrandt etched were meant to be used by the sitter, many of which were friends and acquaintances of Rembrandt’s, as opposed to being sold to the general public. His earliest portraits are rather simple in terms of the techniques and designs used where as later portraits have more elaborate details and more complex compositions.

During Rembrandt’s lifetime prints of the Dutch landscape were extremely popular, and he too used the Dutch landscape as a subject. The inspiration for a large portion of his landscape etchings came from Amsterdam and the surrounding areas; however, Rembrandt is known for putting imaginary elements in the landscapes such as mountains and foreign buildings. While Rembrandt completed most of the landscape etchings indoors by using his drawings as a reference, the spontaneous lines in a few of the etchings indicate that he may have, on occasion, etched outdoors while at the actual location.

Landscape with a Cow Drinking

Rembrandt created several etchings that depict everyday scenes, also called genre scenes, and often used street characters such as rootless musicians, beggars and the homeless as his subjects. The compassion he used while portraying these individuals was not the norm at the time. Rembrandt’s series of male and female nudes fall under the category of genre as well. Contrary to the majority of his contemporaries who focused on the classical ideal of beauty, Rembrandt depicted his models realistically, revealing their bodies’ flaws.

Learn more about Rembrandt and the Art of Etching 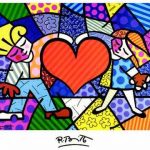 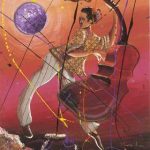