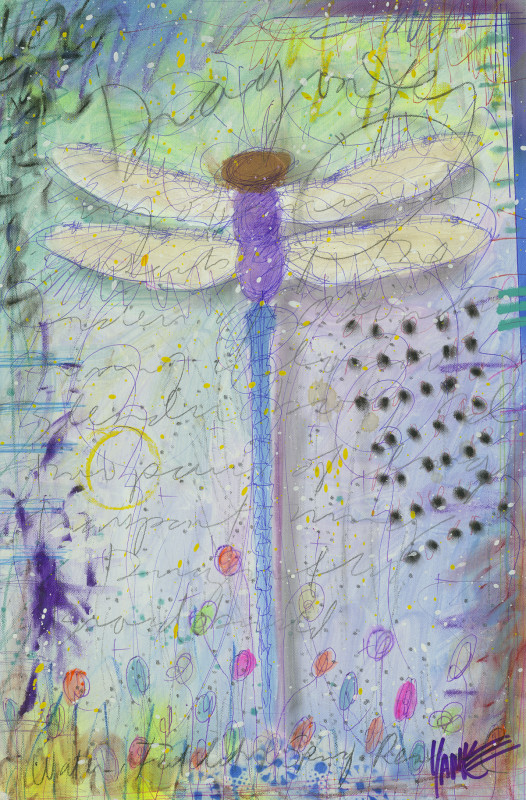 Park West Gallery will host the second in its “Detroit’s Finest” series from July 12-26 at its Southfield, Michigan location. Yanke will appear during a free opening reception on July 12 from 12 p.m. to 4 p.m.

“To go ahead and have a solo show like this eight miles from where I grew up, was born and where I spent my life, it all comes around, it seems like one complete circle,” he says.

Yanke was encouraged to pursue art while growing up in Detroit. He completed studies at the University of North Texas in 1986, and had his first exhibition at the age of 23. He worked as a graphic designer until 2007 when he decided to pursue art full-time, setting up a studio in Birmingham, Michigan.

“With clear influences of Klee, de Kooning, and Twombly, Tim Yanke has succeeded in creating uniquely identifiable abstract works that incorporate elements of Americana and Native American iconography,” says David Gorman, Park West Gallery Director. “With art history as a platform and a fearless approach to creating, Yanke manages to offer a new form of art that is simultaneously classic and innovative.”

Yanke uses his talents to give back to his community. For instance, Yanke has donated his “Yanke Doodle” artwork to over a dozen participants with Habitat for Humanity of Oakland County.

Yanke has the honor of being the official artist for the 2015 Amelia Island Jazz Festival in Florida. His largest work hangs in the luxurious Henry Autograph Collection hotel in Dearborn, Michigan.

Yanke’s exhibition is the second of three shows featuring Park West Detroit artists. His show was preceded by Marcus Glenn, and is followed by Dominic Pangborn.

Park West Gallery in Detroit connects artists to fine art aficionados via art auctions at sea by creating an entertaining, educational and welcoming environment that ignites a passion for the arts. 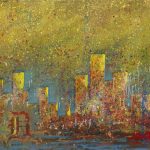