This is the first time Norwegian has asked a well-known artist to paint the hull artwork on one of its ships. Breakaway is scheduled for delivery in April 2013 and will home port year-round in Max’s hometown, New York City.

A wide variety of his works are available at Park West Gallery as well as through its popular art auctions on cruise ships, including those on the current Norwegian fleet.

“I am so excited to be painting the hull of Norwegian Breakaway for Norwegian Cruise Line,” said Peter Max. “I love painting large canvases. I’ve painted a plane and a stage for Woodstock, but never a ship. I love ships and have traveled on them many times in my life. To see my artwork floating on Norwegian Breakaway out at sea will be a dream come true.”

Currently under construction at Meyer Werft in Germany, Norwegian Breakaway will be 144,017 gross tons and have 4,000 passenger berths. The ship represents an opportunity for the Norwegian guest to “break away” from the routine of work, school, and daily stress, and find a true respite at sea.

More information on Norwegian Breakaway’s accommodations and itinerary can be found at www.ncl.com/breakaway. 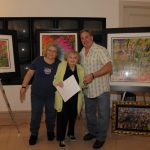 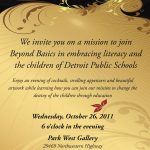