Among Park West Gallery’s vast collection of artwork from hundreds of classic and modern masters are centuries-old works: illuminated manuscripts.

Illuminated manuscripts are books with hand-decorated borders and illustrations, often adorned with gold leaf. These ancient manuscripts were typically used in church services as altar Bibles or to support the daily devotions of monks, nuns and laymen. Among the most well-known illuminated manuscripts is the Book of Kells, considered to be Ireland’s finest national treasure.

Each page is created by hand, including text, rubrics (text written in red for emphasis) and miniature drawings. Over the years, Park West Gallery has amassed a collection of illuminated manuscript pages and made them available to collectors.

Katherine Ellis, a gallery consultant with Park West, has a background in fine art and book making and proves to be an excellent resource in understanding illuminated manuscripts. She explains that the manuscripts are literal pieces of history that date back to the 13th century, and contain some of the best examples of portraiture from the Middle Ages.

“They’re so delicate – they’re made on vellum, and the paints are plant-based, so everything is something that, if not taken care of, can be destroyed easily,” Ellis says. “For them to last this long is amazing.”

The Making of Manuscripts Illuminated manuscript. “Miniature of St. Nicolas” (Second quarter of the 15th century). From a Book of Hours.

The illumination of these manuscripts comes from the process of gilding and painting each page. The most common materials used were gold leaf, silverpoint drawings and various plant-based paints.

“They would take years to do,” Ellis says. “It’s not something where people could go into a store and buy one. They would have to gather the materials, make the vellum, and then it was written and illustrated.”

At first, only clergy had access to illuminated manuscripts, but in the 13th century they became available to lay people. Combined with an increase in literacy, manuscripts grew in popularity, resulting in an increase of commissions placed by royalty and aristocrats in the 14th century.

“They were a sign of your status,” Ellis says. “You had to be able to afford all the materials.” Found in medieval churches, the Antiphoner was a volume of music used in daily services. It contained the musical portions of the Breviary (see below), and were often large since an entire choir had to use one copy of the book. Illuminated manuscript. Leaf from a Manuscript in Latin, from a Dominican Breviary-Antiphoner (c. 1325-1350)

The Breviary contains hymns, Psalms, anthems and other prayers for the Office (the official set of prayers for the hours of each day) to be used in church or in private. They were used by priests, monks and laymen.

The Book of Hours Illuminated manuscript. “The Crucifixion” (c. 1475). Leaf from a Book of Hours.

The most popular of the manuscripts was the Book of Hours. The book contained a standard set of prayers and psalms intended for personal devotional use at home as opposed to in church. The book evolved from monastic cycles of prayer that are divided into eight sections, or “hours.” The book gained widespread use in the 13th century. The Psalter is the earliest version of medieval manuscripts for private devotional use, appearing as early as the ninth century (thereby predating the Book of Hours). Contained in the book were Psalms and other texts to be recited as morning and evening prayers. Park West preserves pages from these manuscripts by mounting them in UV protected Plexiglas. To enhance appreciation of the entire page, illuminated manuscripts are framed so both the recto and verso (front and back) are visible. A full description is provided for each as well as historical information pertaining to the manuscript’s origin.

“With how we frame them, you can see both sides of the page, so you could rotate it if you wanted,” Ellis says. “They are sealed in the Plexi, and the corners are archival so it is held in place.”

Even so, they should be treated like other works of art. For instance, Ellis recommends not displaying manuscripts in direct sunlight or in rooms with a lot of moisture.

Those interested in collecting a piece of illuminated history can contact our gallery consultants at (800) 521-9654 ext. 4 or sales@parkwestgallery.com. 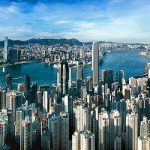 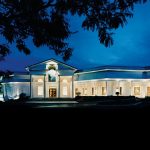