Hundreds of supporters called Olusola and the Park West Foundation the day the Free Press reported his struggle, and a fund has been set up to help offset his medical bills, which have surpassed $100,000.

His doctors have told him that his tumor is inoperable, and his one kidney that survived a shooting in his northwest Detroit neighborhood 23 years ago is too weak for chemotherapy.

He wants to seek alternative treatments, and his most immediate needs are for a $2,000 adjustable, long-term care bed that his insurance does not cover and a different wheelchair than the one he has been using. Olusola also worries about the educational future of his 11-year-old son, Andrew.

“There are thousands of testimonies out there from people like myself who have been here for five, 10 years, who have overcome this thing,” said Olusola, whom doctors have given six months to live. “There are alternatives.”

Donations to Wheel 2 S.U.R.V.I.V.E — whose acronym stands for Spiritual, Urban, Renewal Victories In View Everyday — should be sent, as a check or money order, to the Park West Foundation, 29469 Northwestern Highway, Southfield 48034.

For reservations to the 4 p.m. March 7 ceremony to honor Weusi Olusola, contact Michelle Birchard at 248-204-8414 or mbirchard@parkwestgallery.com.

Learn more about Pioneers for Peace 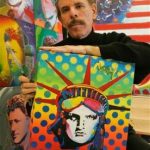 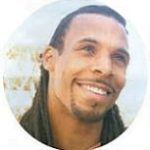