On the Rue de Petite Chatenay outside of Paris, on a very small street surrounded by a park, you will find the home and studio of artist Jean-Claude Picot (1933-) and his wife Christiana. We have always enjoyed our visits with the Picots because of their love of life and wonderful senses of humor. 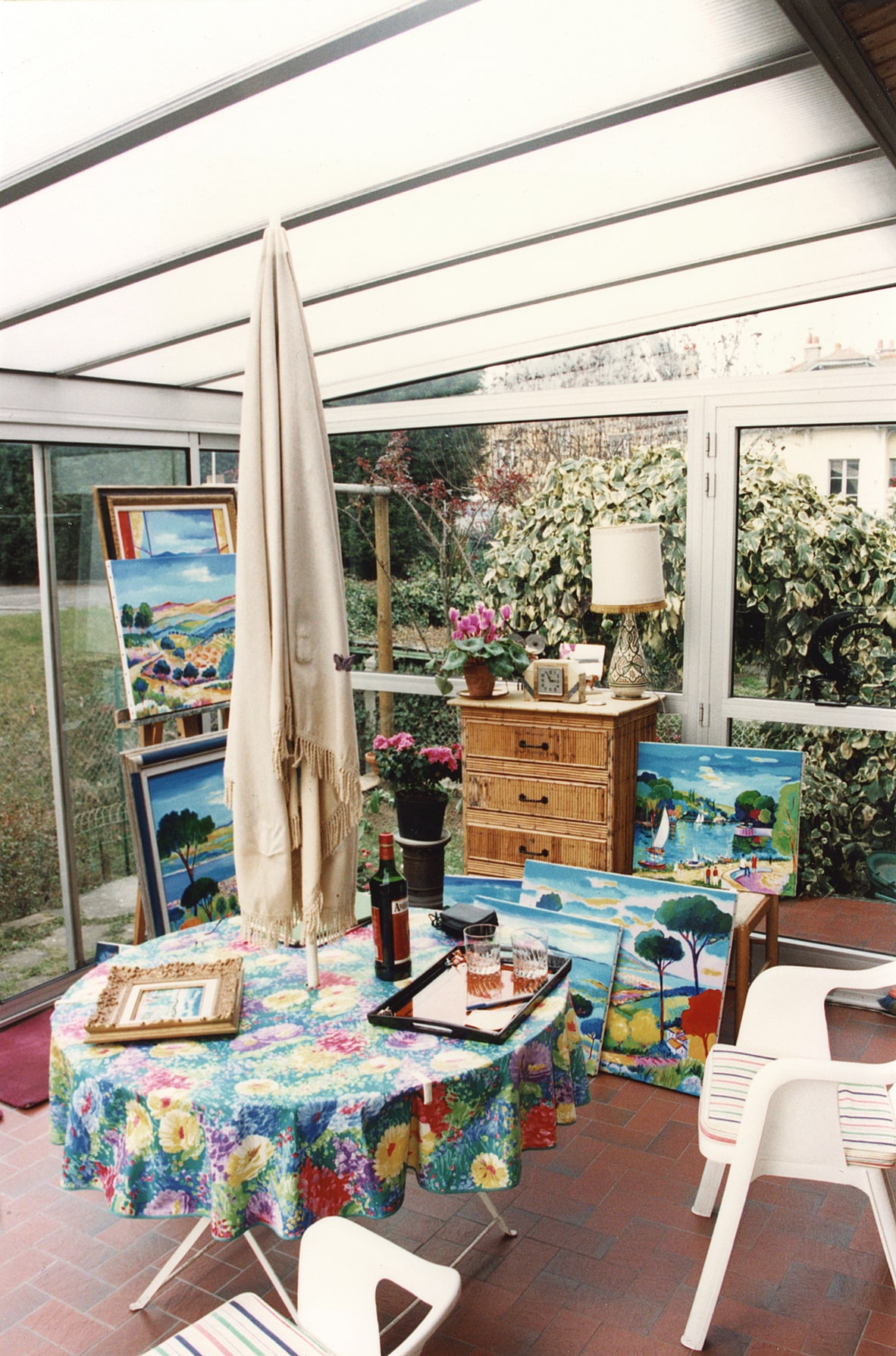 The artist’s studio (as you can see in the photograph) is filled with natural light, so, as Picot says, his “paintings can be one with nature.” Picot’s canvases have vibrancy and explosion of color. Many depict the couple’s favorite place — the South of France — where they have a vacation château. 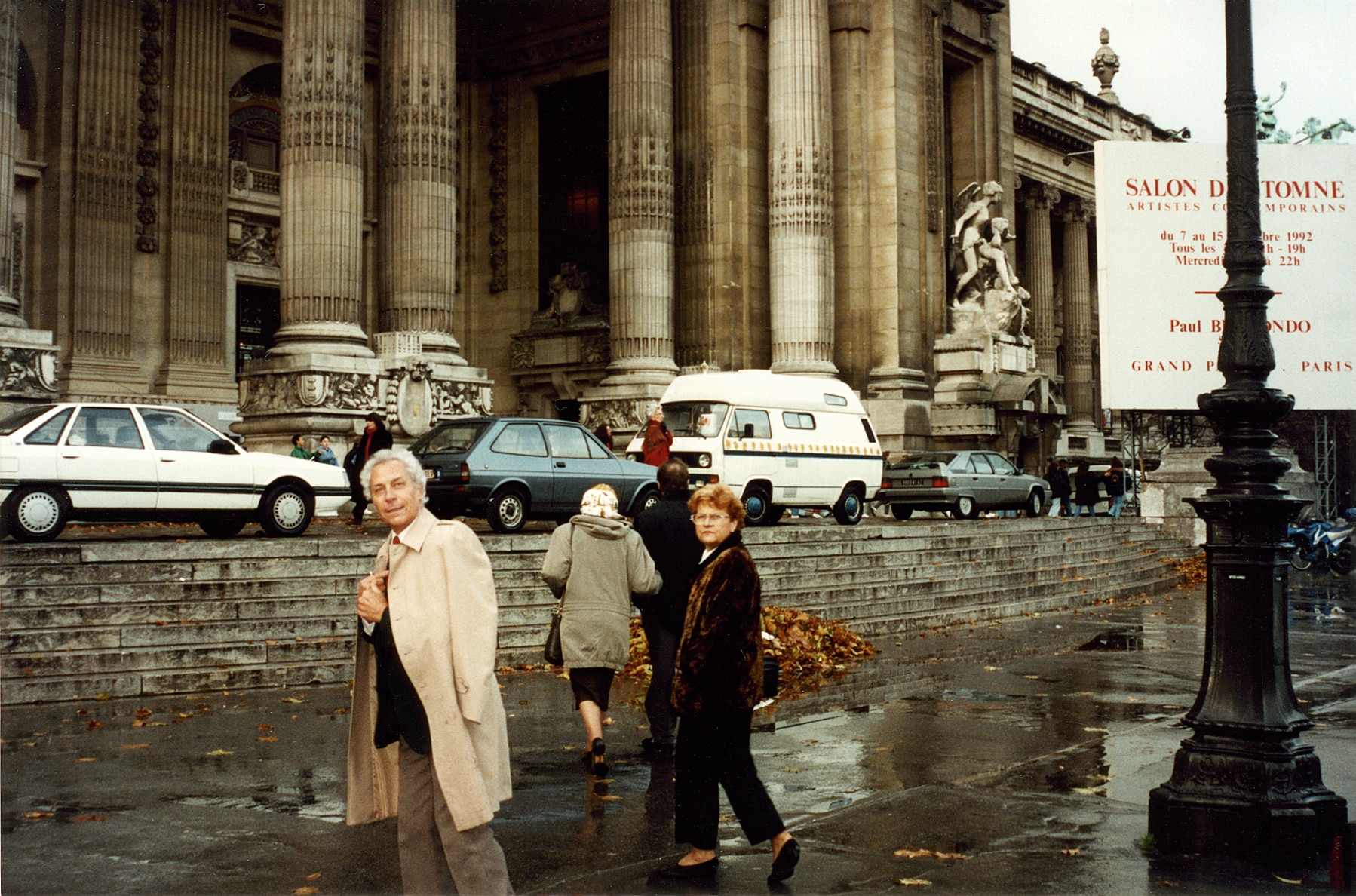 On one occasion, Albert and I were fortunate enough to attend the Salon d’Automne with the Picots in Paris. Selected artists had been asked to join the exhibition and it was interesting to tour with Picot and to hear his expert comments. Afterward, we continued on to lunch, where I captured this great photograph of Picot and Albert. 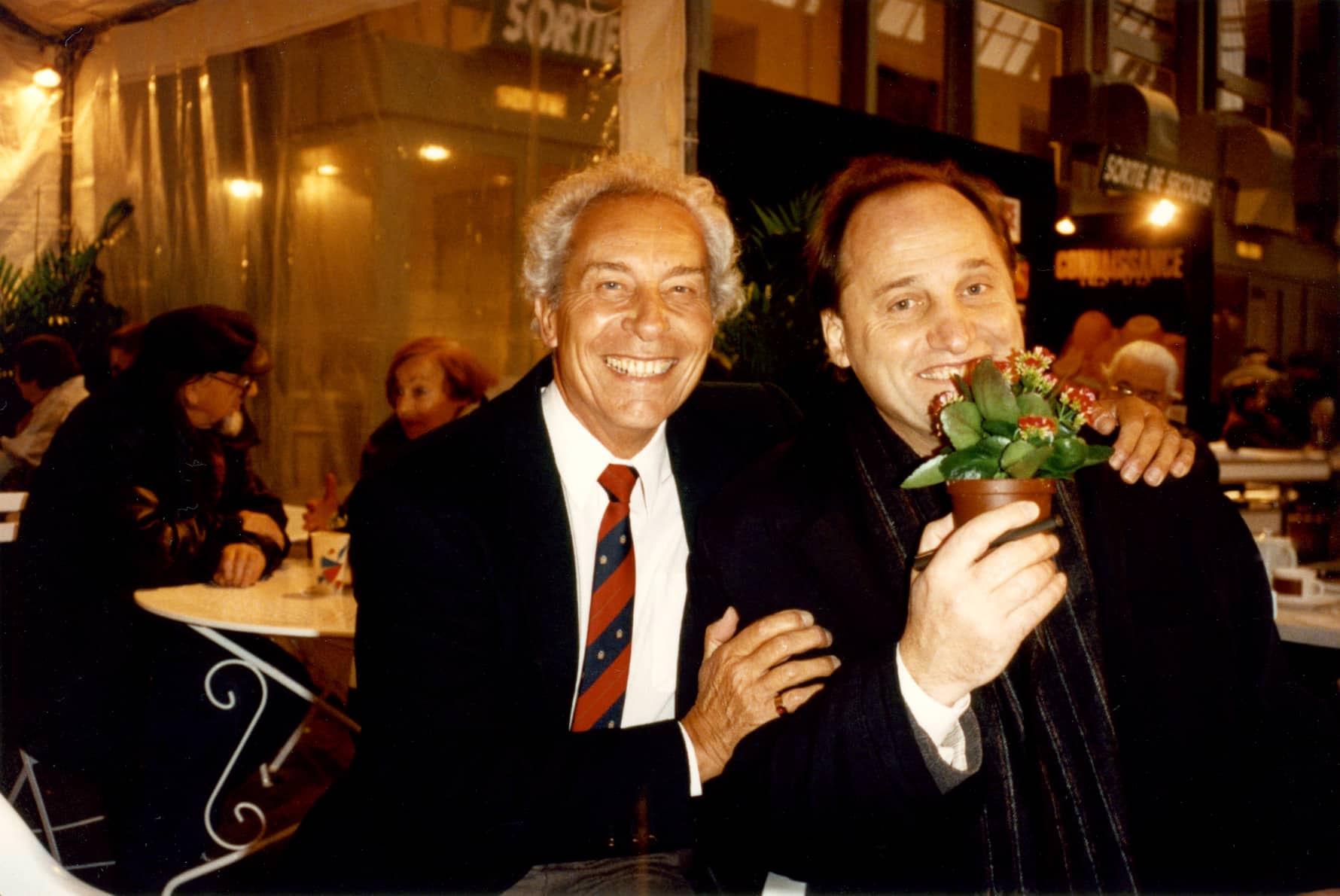 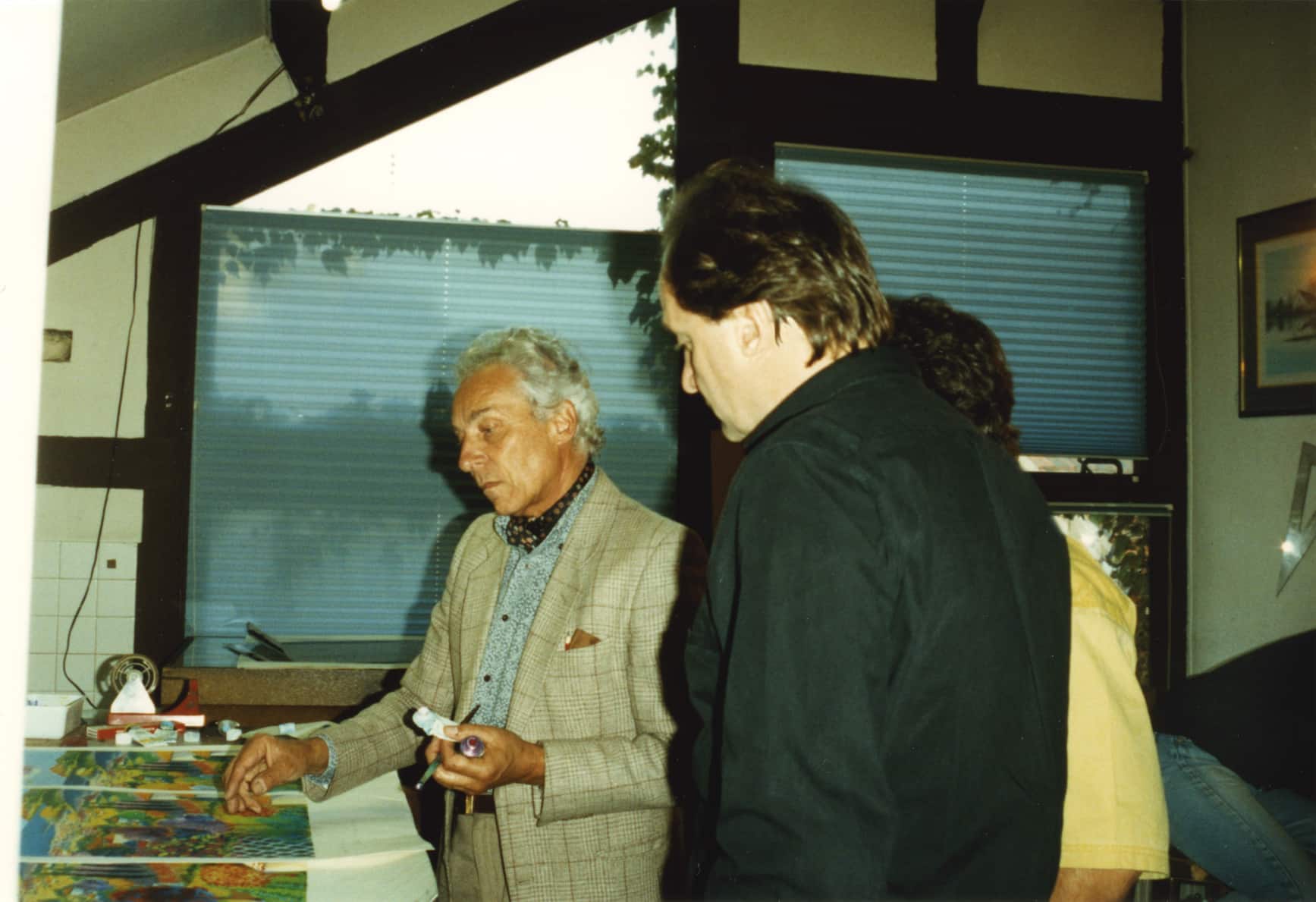 Picot reviewing his artwork at the printer’s studio in Paris. © Park West Gallery, 2010

Our next stop was the printers’ studio to review Picot’s new works, many of which were eventually shown at the Picot exhibition at Park West Gallery. Our clients were so happy to meet with the artist and have the artwork they collected personally dedicated to them. 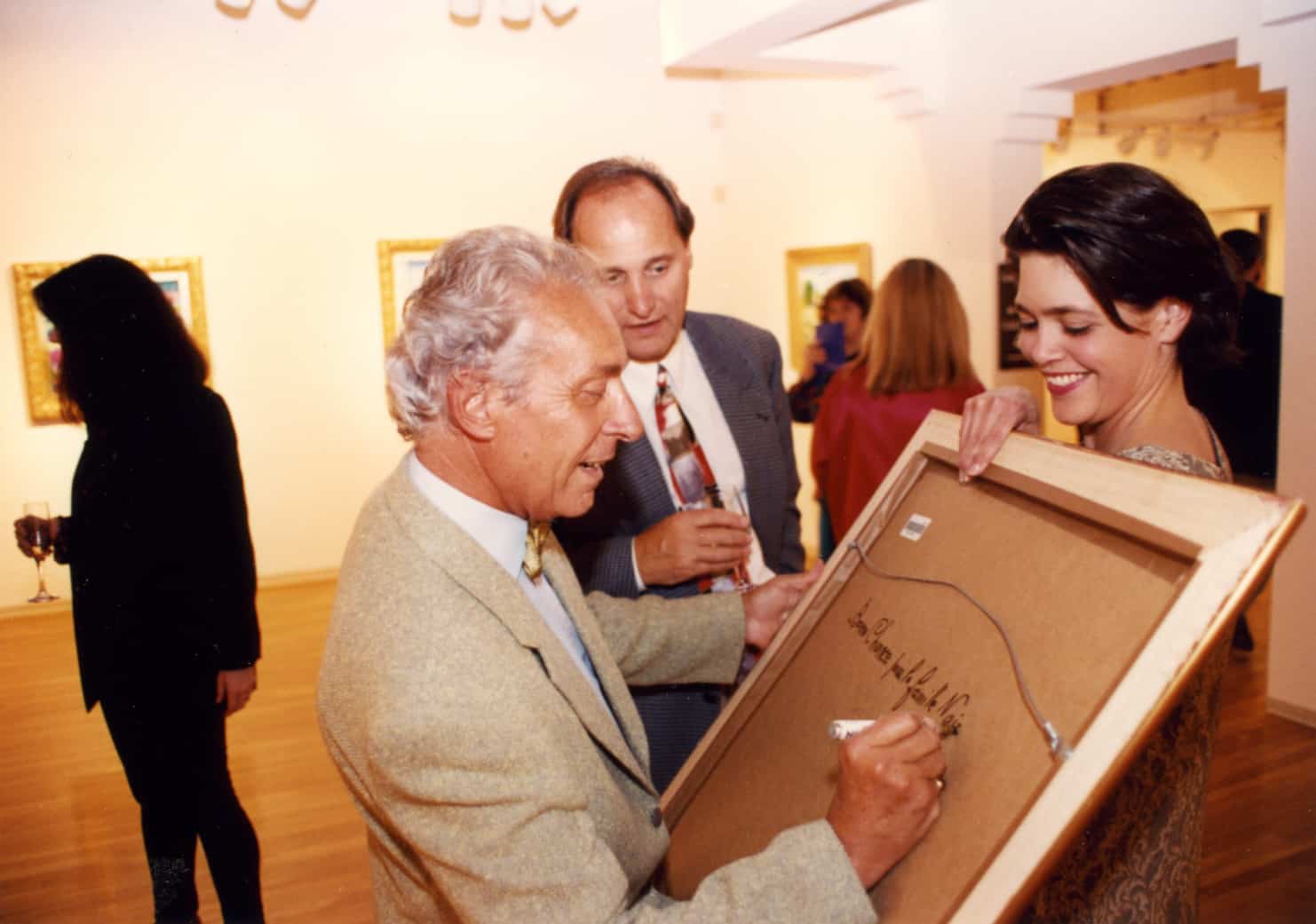 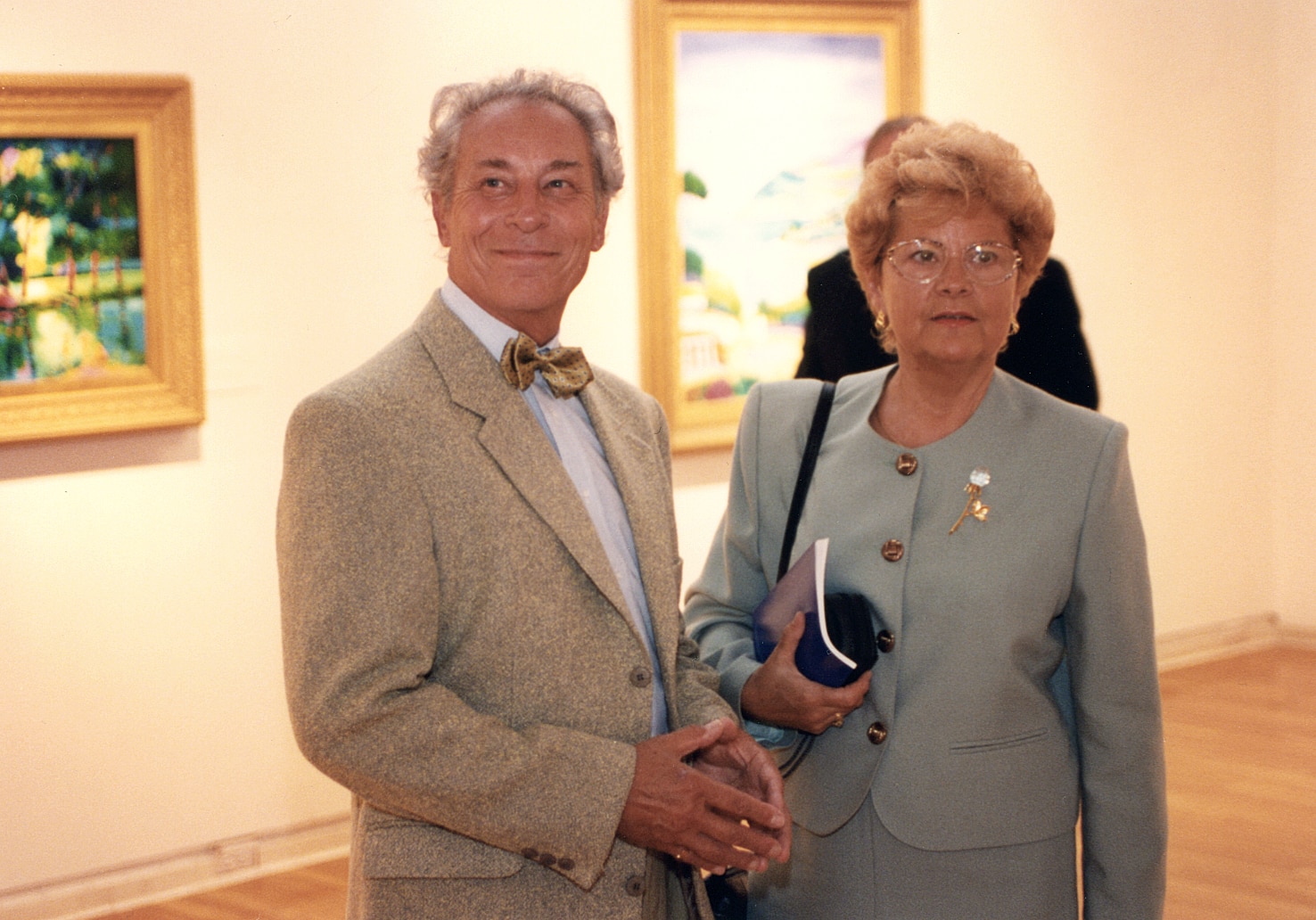 Artwork selections from the Jean-Claude Picot Collection are available for purchase through Park West Gallery. 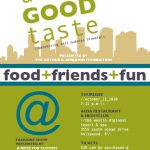 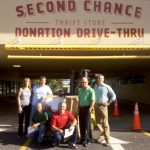