Masterpieces from Paris: Van Gogh, Gauguin, Cézanne and Beyond

Artist Paul Cézanne once said, “I want to make of Impressionism something solid and lasting like the art in museums.” Cézanne was a highly influential figure in 20th century art, a pioneer in the Post-Impressionist movement and inspiration for the Cubist movement; his legacy in the art world remains firmly in place to this day. The Park West Gallery masterworks collection is one of the world’s finest, showcasing artwork by artists including Paul Cézanne. Learn More >

CANBERRA, AU — Masterpieces from Paris: Van Gogh, Gauguin, Cézanne and Beyond at the National Gallery of Australia features 112 of some of the best-known works of modern art from the Musée d’Orsay in Paris, one of the great museums of 19th-century art. Famous works include Van Gogh’s Bedroom at Arles (1889), Cézanne’s beloved Mount Saint-Victoire (c. 1890), Gauguin’s Tahitian Women (1891), as well as many other great examples of Post-Impressionist art. Masterpieces from Paris explores the dramatic changes in late 19th century European art through some of the best-known and much-reproduced paintings.

Post-Impressionism announces a break from Impressionism, the revolutionary movement which occurred in France in the second half of the 19th century. By the mid 1880s, artists were experimenting with even more radical ideas. Van Gogh’s intense, richly coloured surfaces communicate emotionally through the artist’s expressive manipulation of paint. Gauguin’s monumental, decorative and often exotic works stand for a new and at times brutal aesthetic directness. Cézanne’s mastery of the genres of still-life, landscape and portraiture fulfils his own prophetic promise to ‘astonish with an apple!’ These artists encapsulate the challenges to painting and the development of a multi-faceted avant-garde at this time: Pointillism, Neo-Impressionism, Synthetism, Symbolism, School of Pont-Aven, Cloisonnism, the Nabis and Intimism.

Masterpieces from Paris reveals cross-influences between artists, and shows the flowering of the modern movements throughout Europe. These fascinating paintings forecast the development of Fauvism, Cubism, Expressionism and led also to Abstraction in the 20th century.

Masterpieces from Paris: Van Gogh, Gauguin, Cézanne and Beyond is now on view through April 5, 2010. 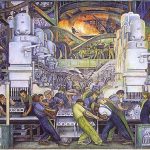 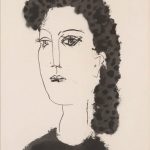