Although April 15th is primarily known for being Tax Day, it is important to remember that it is Art History Day as well. Art is all around us and thus time should be spent learning about and appreciating it. Works of art tend to be a reflection of the society in which they were produced, but art can also have a profound effect on society. Some artists have come to be known as masters of the types of art they produced, and their works – no matter how long ago they were created – are still relevant today and continue to speak to those who view them.

The collection of fine art Park West Gallery has amassed over the years is made up of works from a wide variety of artists including those considered masters. One of the masters whose work Park West has made available to collectors is Marc Chagall. Like the French Fauvres who used color without inhibition, Chagall moved toward an expressionist art using “primitive” distortion, simplified line, and large areas of bold unbroken color.

Another old master whose works can be obtained through Park West Gallery is Rembrandt. He was the great master of the Baroque Age, a time known for its dramatic use of light and shadow (chiaroscuro). While he may be known best for his paintings, he revolutionized the medium of etching and remains one of history’s most innovative and influential original printmakers.

Over the past 30,000 years that art has been created, a lot has changed in terms of what is considered art and how it’s produced amidst other things. Whenever society looks back at the artwork from generations past, much is learned about the history of art and those who created it, but much is also learned about history in general. 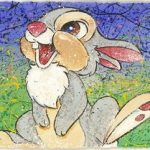