Catching up with Allison Lefcort

Recently on Park West’s American Queen Riverboat journey from Memphis to Louisville, we had the pleasure of artist Allison Lefcort joining collectors for the entirety of the cruise.

While on board, Alli set up a “studio” where she could be seen painting several times a day. With such an intimate setting that the Riverboat provided due to Park West chartering it solely as a Park West collector voyage, guests were able to spend ample amounts of time getting to know Alli, discussing her work, inspirations and even got the inside scoop on what she wants to paint next.

We had some time to sit down with her while on board too! Among a long list of other people and characters that she doesn’t want to disclose to ruin the surprise at the moment, she did let us know that Martin Luther King Jr. is on the top of her to-do list, and, while at a port along the Mississippi river she visited a Civil Rights museum and said “after that visit, now I am really being urged to paint him! I need to do it, it’s on my mind and I won’t stop thinking about it until I do it.”

Since Alli was painting live on board, we thought a fair question to ask was: When you’re painting, how do you know when it is completed?

Alli said, “That’s a very hard question to answer and one of the hardest decisions to make in the evolution of my paintings when I was figuring it out. Early on, my mother was sort of my manager…I called her my momager. She would walk by a painting and ask ‘what’s up with this piece,’ I would tell her it’s not finished yet and she would go ‘you sure, I think it is’. And you know what they say mother knows best. So, even now, if I’m unsure I know I can always ask my mom and she’ll tell me the truth.” 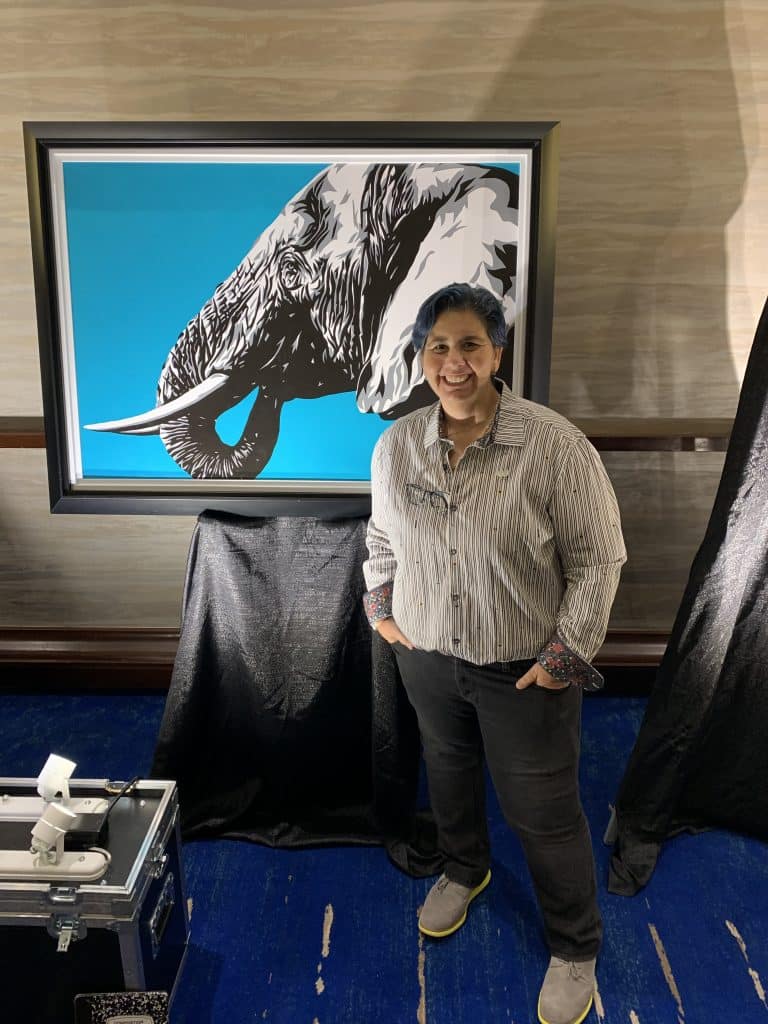 On the Riverboat, Alli painted a lot of her demos and some pieces that she brought on board just to paint in her room that she hasn’t painted before. She said “even though I may have painted the subject matter before, it’s a different image. It’s great for me to sometimes redefine a popular image of mine in a different way, I enjoy it.”

For Alli, interacting with collectors for over seven days on the riverboat was an exciting experience. When collectors respond positively to her artwork she said, “It’s indescribable. It’s beyond flattering, honestly, to know that something I created moves people in the way it does. I’ve seen happy tears, sad tears, immense smiles, so many amazing responses that it can be overwhelming. To think that something that kind of comes naturally to me is so meaningful to other people is amazing, and that’s what it is all about.” 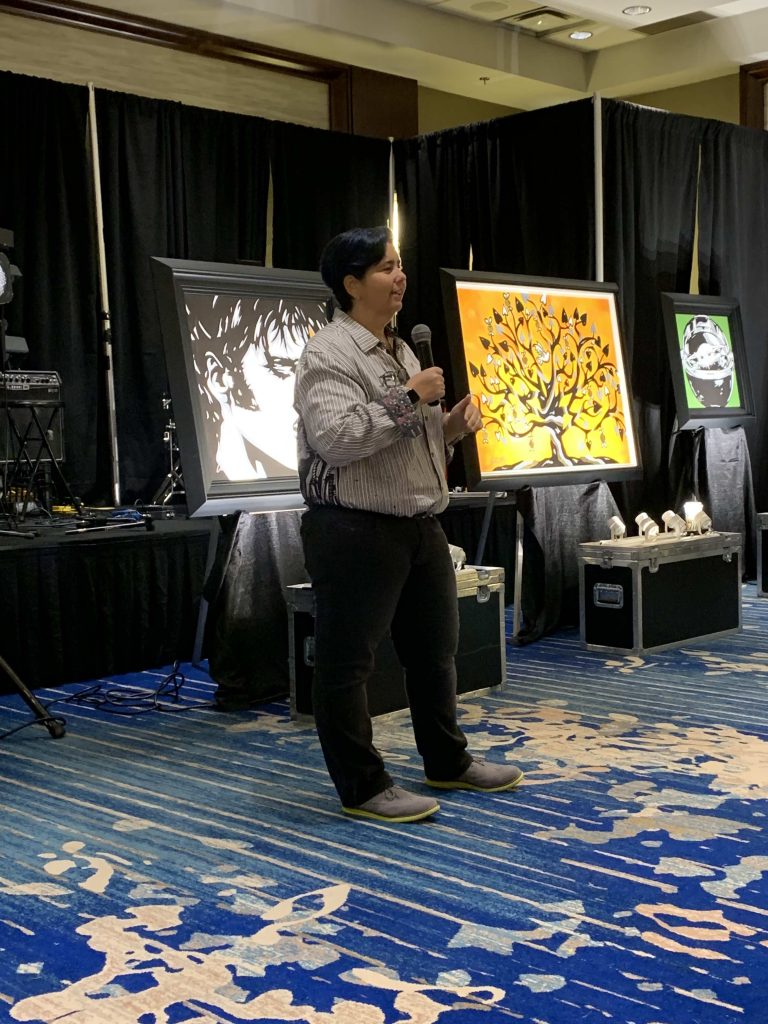 When she’s not travelling, Alli said she is typically painting in the studio early in the morning to late afternoon every day.  However, if she’s on a roll and the inspiration is flowing or she’s on a time crunch she will keep working. “It’s like when you hit that tennis stroke and it’s super clean, or a nice golf drive, you just have to keep going. So when that happens, I don’t stop.”

To collect the art of Allison Lefcort, attend one of our exciting online auctions or contact our gallery consultants at sales@parkwestgallery.com. 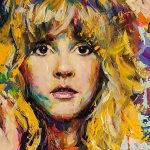 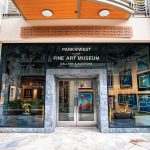