Many of our Park West collectors develop friendships with the art teams over the course of their land or sea vacations. Here’s a chance to get to know them better as they share their favorite adventures in the art world.

William Roberts, from Lugoff, South Carolina, left his position at the biggest contractor for Medicare and his job at his family’s dive center to explore new opportunities. His passion for living on the water and connecting people with fine art was left unfulfilled until he found Park West Gallery, the perfect fit. In September 2011, he met Justine Covey. Justine is from Greenfield, Massachusetts and at the time had just graduated from Lehigh University with a degree in international business. Since then, the two have had the opportunity to grow professionally while traveling the world. William Roberts and Justine Covey dressed to the nines on Carnival Spirit, one of the many ships they’ve been auctioneers on. Photo credit: Justine Covey

What do you like most about being an auctioneer?
William: It’s the thrill of helping people understand why art is so culturally impactful and teaching them which artists fit into their collections at home. As part of my responsibilities with the company, I also train many auctioneers and gallery directors. Watching them come into their own is one of the most satisfying aspects of my leadership role.

Who is your favorite Park West artist and why?
William: It’s easier to pick eras of art and fit a favorite artist to each one. For example, I am fortunate to own artwork by some of my favorite artists from the past, Albrecht Dürer and Rembrandt van Rijn. Moving to the modern era, I love the romantic Marc Chagall and the vibrancy of Peter Max. Today, I strongly connect with Michael Godard and David “Lebo” Le Batard after meeting them.

Justine: I was never a fan of abstract or surreal art until I started to learn about Joan Mirό. He completely changed my perspective and introduced me to a whole new genre of art that I had never even considered. After spending an unforgettable afternoon at Mirό’s Foundation in Barcelona a few years ago, my admiration and respect for his work was solidified. Now we have several abstract works in our collection that have become some of my favorites, including several from Tim Yanke and David “Lebo” Le Batard.

What is your favorite guest memory?
William: My favorite cruise experience was on a trans-Atlantic cruise where we met two people who were instantly drawn to the artistry of Mirό. Over our eight days at sea, we discussed modern art in depth and, by the time we reached Barcelona, they collected two Mirό lithographs from the Broder Collection and one Daphnis and Chloe lithograph by Marc Chagall. We even bumped into our newfound art collectors at the Mirό museum. We still keep in touch to this day

Justine: About three years ago, we were cruising in Alaska where we met a wonderful woman named Alyce. She was immediately drawn to the detailed artworks of Csaba Markus, and collected several of his works throughout the cruise. As luck would have it, Csaba was cruising with us that week for a VIP event. I’ll never forget the look on her face when we told her that he was actually on board with us! We were able to introduce Alyce to the man behind the art she had fallen in love with. Helping her connect with one of her favorite artists was simply unforgettable. Will and Justine at the top of the Sydney Harbor Bridge, 440 feet (134 meters) above seal level. Photo credit: Justine Covey

What has been your favorite port?
William: My favorite port is Sydney, Australia. There’s an abundance of culture. My tip would be to spend a few extra days to fit it all in. Climb the Sydney Harbor Bridge, take in a performance at the Sydney Opera House and enjoy marvelous cuisine found everywhere. If you enjoy a good cigar, make sure you head over to Darling Harbor where you can sit on the balcony at Cohibar, enjoy a fantastic cigar and take in the atmosphere.

Justine: There is something almost other-worldly about Venice, Italy. As soon as you step off the ship, you feel as though you’ve stepped into another era. Be sure to bring your walking shoes because there is no shortage of places to discover. I highly recommend visiting the Peggy Guggenheim Collection. She amassed incredible works of modern art from the likes of Pollock, Picasso, Braque and Chagall.

What do you like best about cruising in the South Pacific?
William: I love cruising in the South Pacific, especially in Australia. Their continent is steeped in history, but their country is still very young. Much like the United States, the Australian spirit of adventure and culture is still being defined. As an art dealer here, it is fascinating to learn about Aboriginal art while helping people connect to the modern international art market each day. 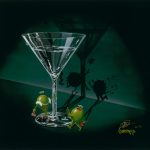 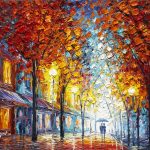