Paul Kostabi is not only known as a successful musician and record producer, but also as an acclaimed visual artist—his creations hang in prestigious institutions like the Guggenheim, the Whitney Museum, and other major museums around the globe.

Born in Whittier, California, Paul embraced the late 70s/early 80s punk rock scene, playing in bands across the state, until he decided to move to the center of the American punk movement at the time—New York City. 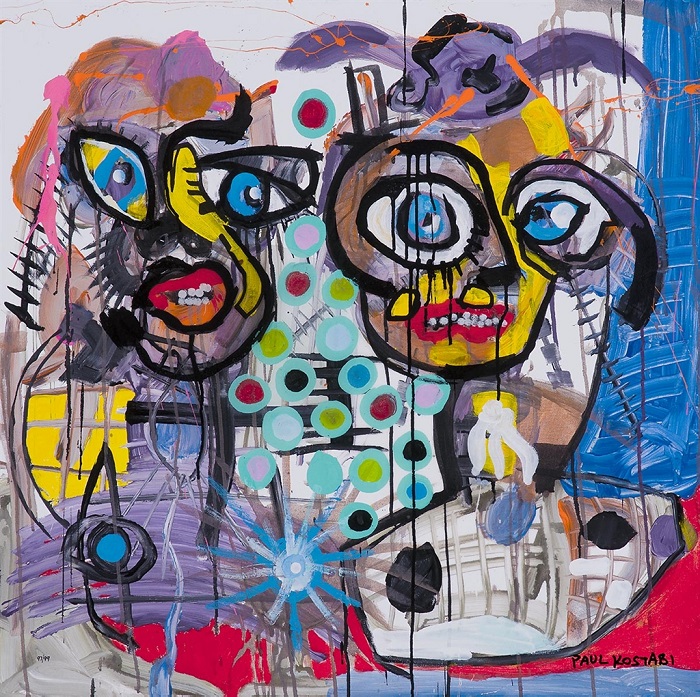 He quickly found a home in the East Village art scene, exhibiting his art across the city and playing with his band Youth Gone Mad at iconic punk clubs like CBGBs.

Paul’s brother, Mark Kostabi, was also emerging as a major New York artist at the time, drawing comparisons to his contemporaries like Andy Warhol and Jean-Michel Basquiat.

Paul forged his own path, dazzling audiences with his experimental approach to art. His artwork acts as a culmination of several different styles seamlessly overlapping with each other. His work can range from figurative expressionism to abstraction—his compositions never stop evolving. 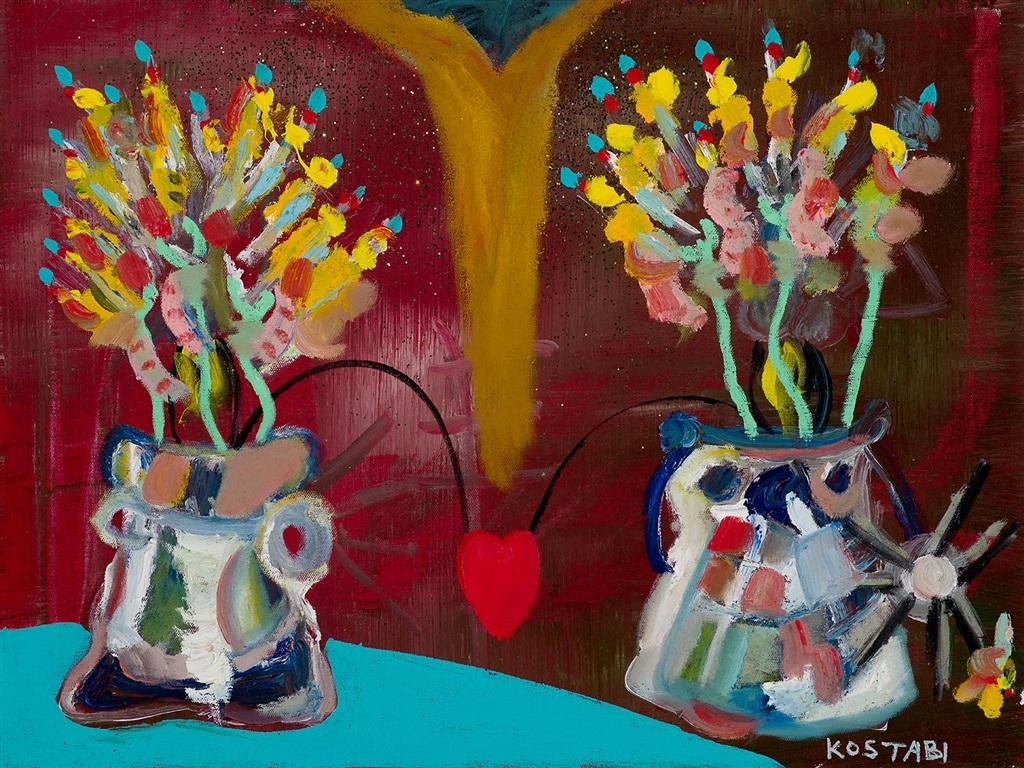 “The Things Which I Have Seen, I Now See More” by Paul Kostabi

Paul has said that he sees his ART as standing for A-R-T: Attack, Release, Threshold.

He Attacks his canvas—in a spiritual or existential way—until he Releases the canvas once he reaches his Threshold.

Since his artistic debut in New York during the 1980s, Paul Kostabi’s career—both as a musician and as a visual artist—has continued to flourish.

He was a founding member of the seminal bands White Zombie and Psychotica, and continues to produce and perform all over the world. In 2014, he was a featured artist at the CBGB Festival and painted live in front of massive crowds in Times Square while Devo and Jane’s Addiction played. 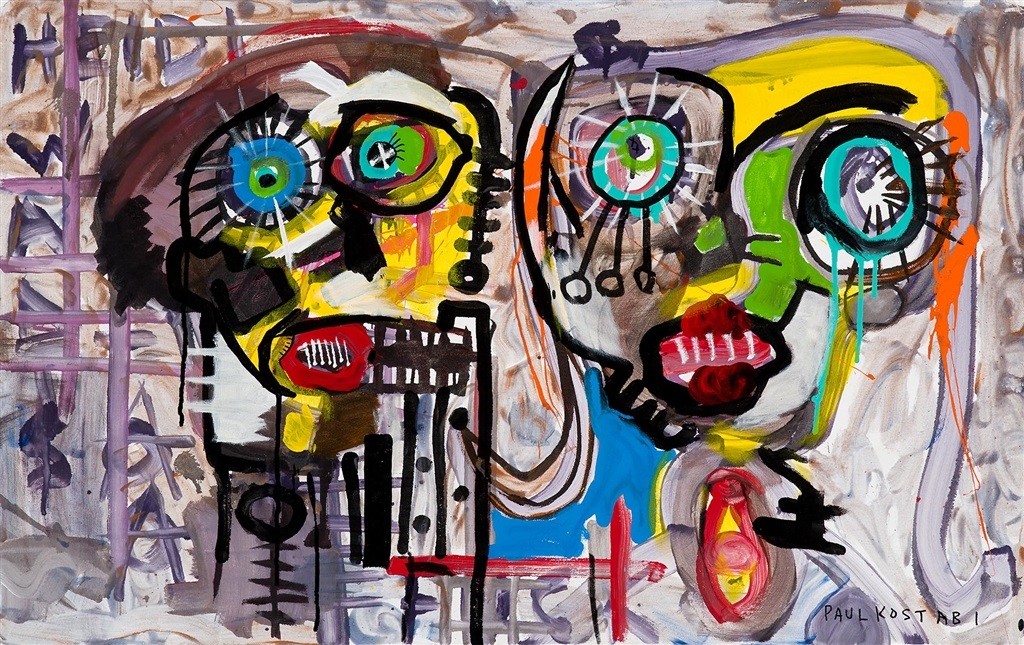 “Remember When” by Paul Kostabi

Paul is even credited with naming his brother Mark’s painting “Use Your Illusion,” which was used as the title and cover art for Guns N’ Roses massively popular 1998 double album.

Today, Paul Kostabi has created art for huge global brands with his creations appearing on everything from phone cases to Pokemon Go. 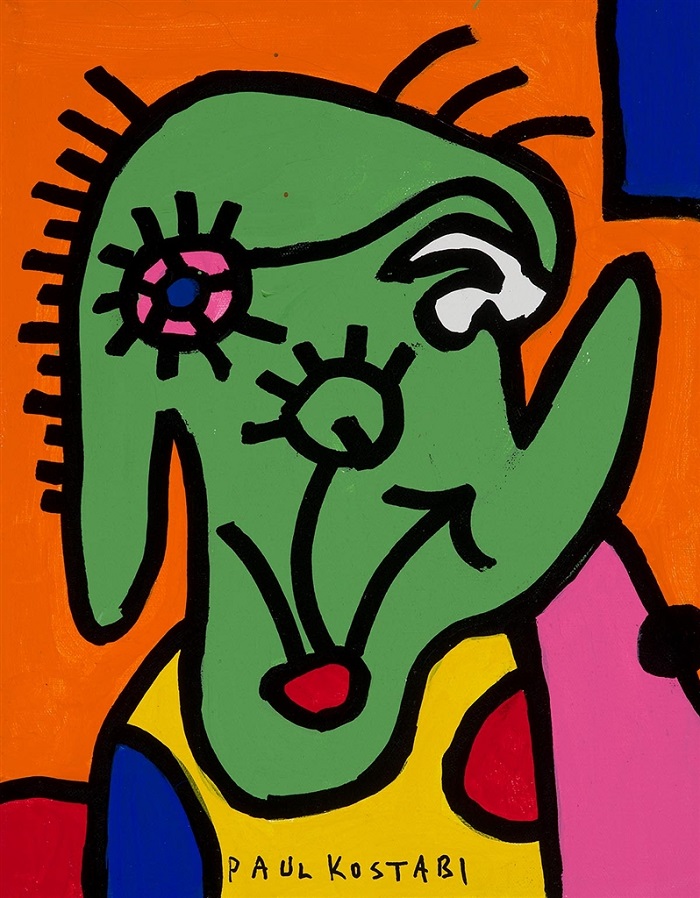 “Presence and Patience” by Paul Kostabi

He has studios in New York and Italy, regularly exhibits in international galleries, and has had his art featured in publications like Architectural Digest. His art can also be found in the permanent collections of museums like the Guggenheim, the New England Museum of Art, and others.

An American original, Paul Kostabi continues defy definition as he brings the vision and energy of punk rock to his unforgettable visual art.

If you interested in collecting the art of Paul Kostabi, you can contact Park West’s gallery consultants at (800) 521-9654 ext. 4 or sales@parkwestgallery.com