Accomplished in both classical music and fine art, Duaiv embeds the essence of creative inspiration in his world-renowned paintings, commissioned murals, and live performances.

With the world as his canvas, Duaiv’s work is a contemporary representation of Impressionism at its height.

Duaiv was born in 1952 in the maritime region of France near the city of Bordeaux. Duaiv was raised in an artistic environment—his mother was a classical pianist and his father was a sculptor.

When Duaiv was just 3 years old he picked up his first paintbrush, but to the dismay of his parents, the walls of his home became his first canvas. By the time he was 9, Duaiv completed his first oil painting.

Later in his childhood, Duaiv’s family moved to a nearby island off the coast of France. Although he demonstrated talent for painting at a young age, his father didn’t want him to become an artist. Instead of art supplies, he bought him a cello. Having met renowned cellist Pablo Casals when he was only 8 years old, the instrument was a natural choice for Duaiv. With his new instrument, Duaiv continued to practice, but could never let go of his love of art.

For this reason, Duaiv chose to become classically educated in both art and music. He attended the Conservatoire Nationale de Musique in Paris and trained in the cello under Bernard Michelin. He also attended the École des Beaux-Arts in Paris to further his studies in painting. Duaiv’s art and music began taking him everywhere, opening doors to incredible opportunities. 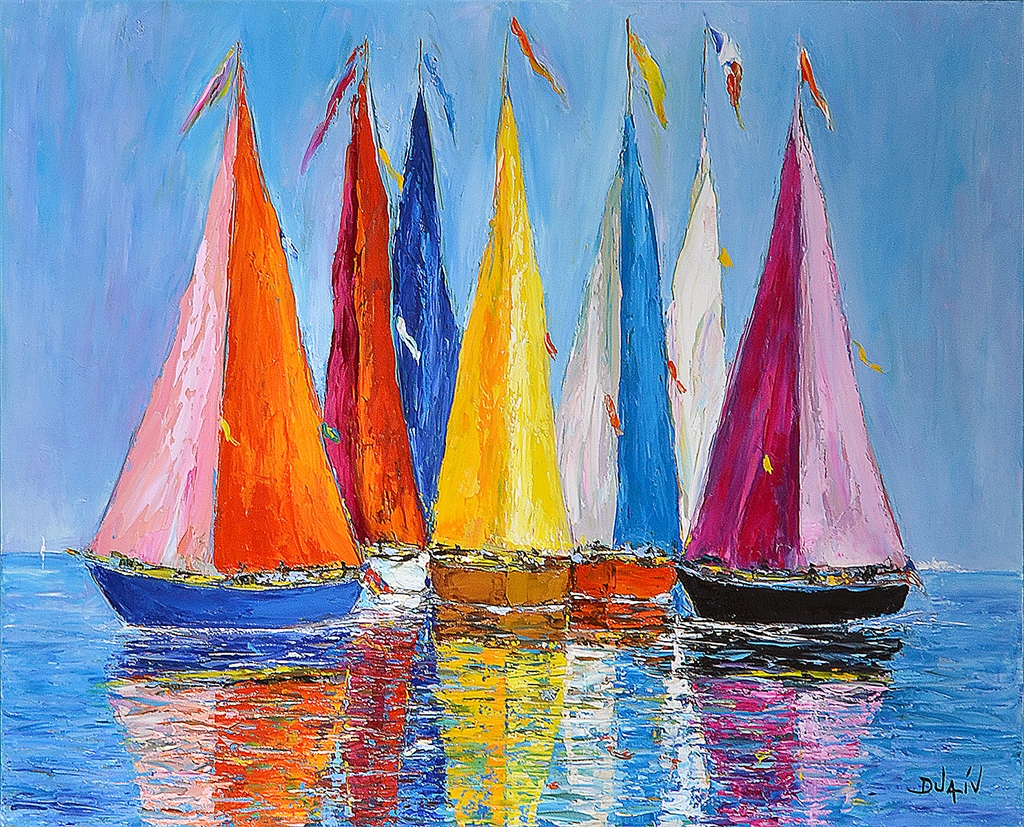 When he was 23, Duaiv met famed Surrealist artist Salvador Dalí. During this encounter, Dalí inspired Duaiv to pursue art for a living, encouraging him to blend his passion for the arts and music.

In 2011, Duaiv obtained American citizenship and moved to Florida, where he currently maintains a studio and home. He is an impassioned husband to his wife, Magella, and father to daughters Kalinka and Vlassevskaïa.

Duaiv’s primary goal as an artist is to share his art as an experience and inspire his audience. Through what he calls “Happenings,” Duaiv performs spontaneous concerts at galleries and outdoor spaces before his book signings and gallery openings. Duaiv also travels aboard cruise ships frequently, inspiring audience participation through his live performances.

Today, Duaiv continues to both paint and play his cello without relent. The two disciplines are so entwined for the artist that he cannot paint without listening to music.

He claims that there is no such thing as Sunday and he never takes vacation. For Duaiv, his art is his life. 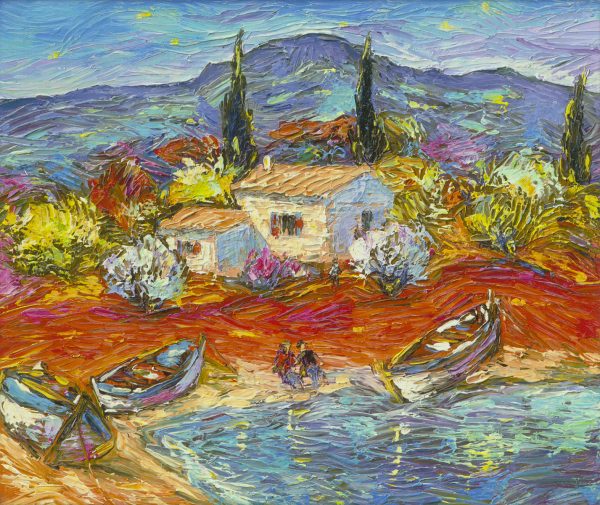 Duaiv’s art is a reflection of the world around him, capturing the calm of countryside landscapes, the energy of modern cities, and the personality of portraiture.

For two hours every morning, Duaiv practices his cello. Each night, he paints in his studio for four to six hours, always listening to music.

The artist uses cans of paint rather than tubes, working with various sizes of palette knives and tiny brushes, often smoothing the paint with his fingers. Duaiv employs pastel colors and swirling brushstrokes in his artwork as an homage to Impressionism.

Duaiv only uses six to eight colors while painting, yet a full spectrum of hues shines within each artwork. Although painting is Duaiv’s most common practice, he is fluent in a variety of different media.

Inspired by artists like Monet and Van Gogh, Duaiv has embraced the tenets of Impressionism and crafted an art style that is uniquely his own. He’s worked as a professional artist for five [...]

As a world-class cellist and renowned contemporary artist, there seems to be no end to Duaiv’s creativity and energy. But where does it come from? The discipline Duaiv dedicates to his music and [...]