Inspired by his love of hot rod cars, Cris X creates remarkable and radiant artwork that pops with the candy colors of his metallic finishes. He is best known for his custom painted sea life, his paintings on aluminum, and his work as a Disney Fine artist. 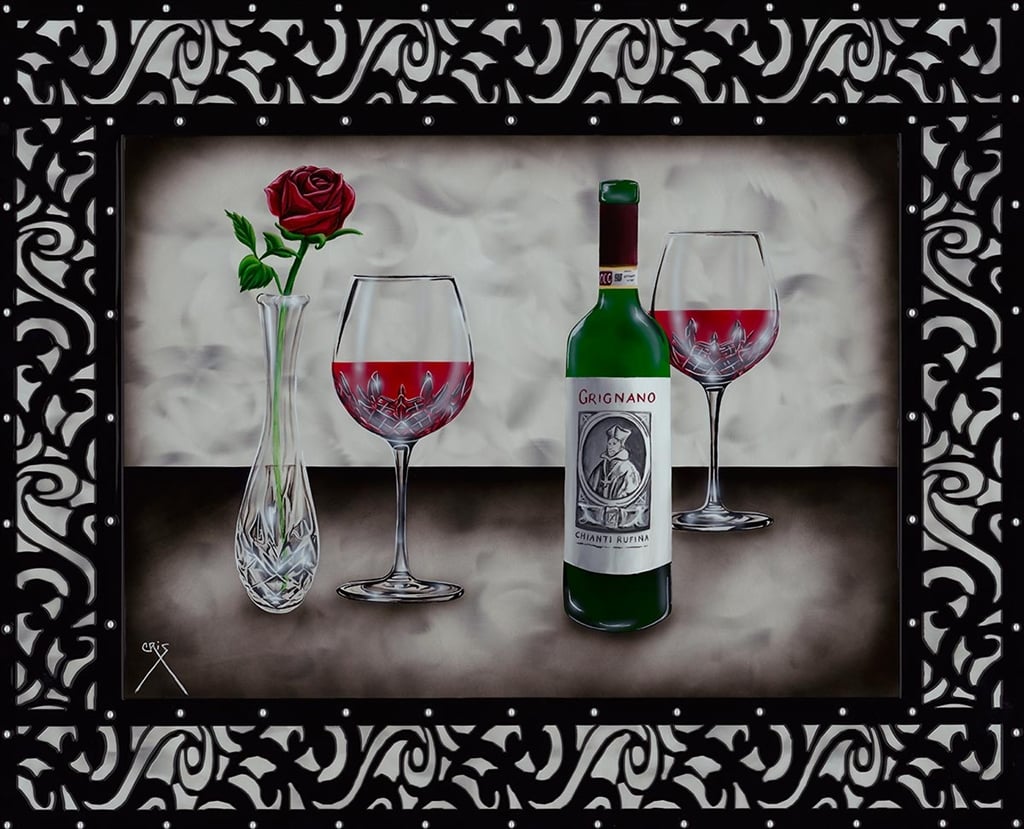 Originally from New York City, Cris X was immersed in the custom culture that sparked his love for cars and hot rods. Later in his childhood, his years were spent in South Florida where that passion expanded to the ocean, surfing, and all things related to the water. The culmination of his experiences has grown into the greatest influences for his works. 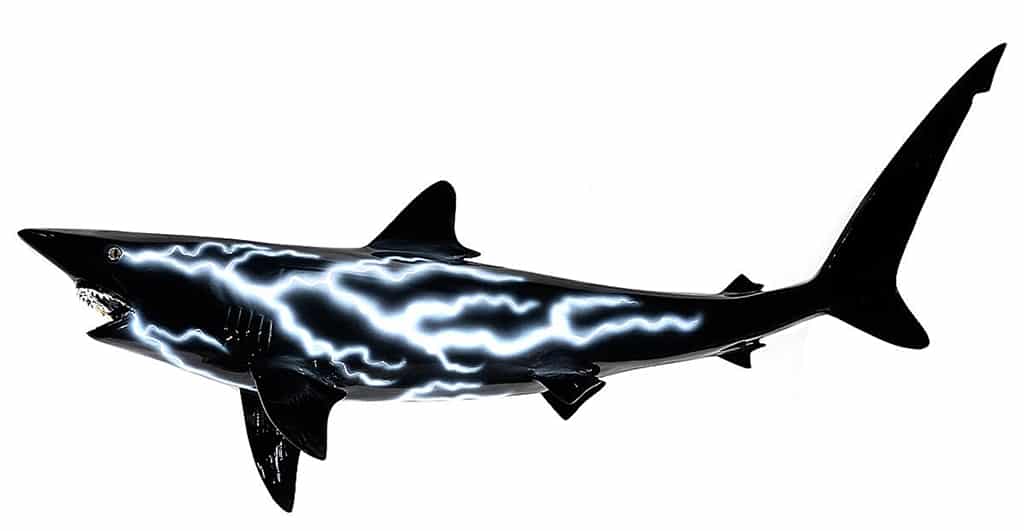 This is evident in his custom painted sea life, his paintings on aluminum, and his most recent series, “Sculpture Abstraction.” Cris’s diligent work ethic and exceptional standards have not only captured the admiration of collectors worldwide, but also the eye of Disney Fine Art with whom he has been licensed by for over five years. 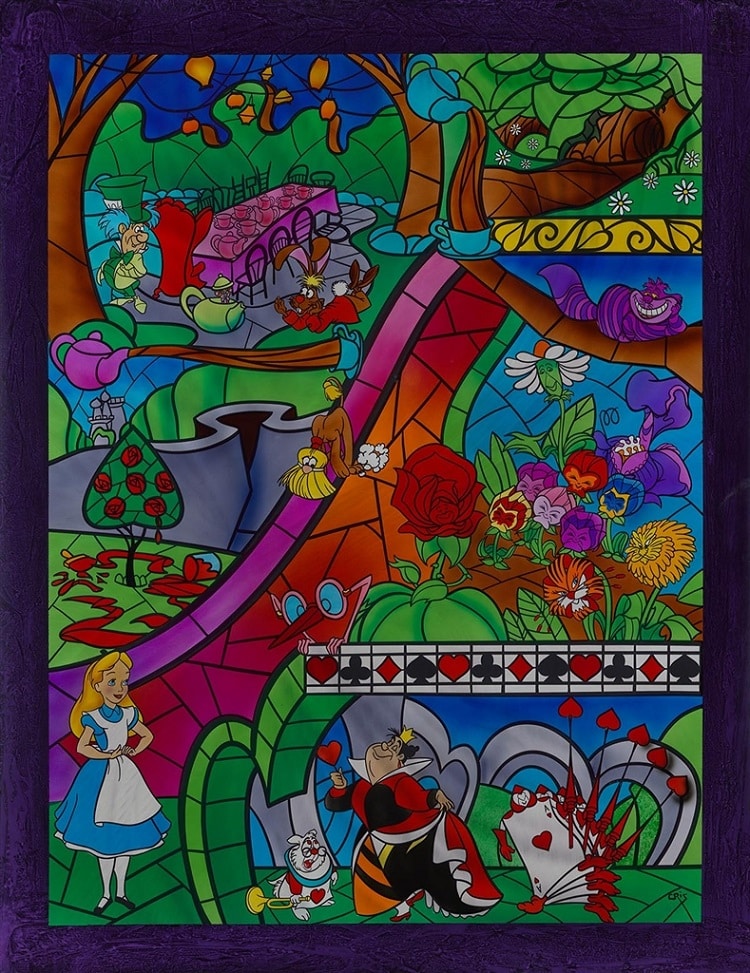 “A View of Wonderland”

Cris X’s art career began with his custom painted marine wildlife. Each piece begins as a fiberglass taxidermy blank—an extensive amount of labor is performed to finally achieve the flawless finish Cris is known for. Multiple rounds of sanding and priming lay the groundwork for the 30 to 40 layers of candy colors and clear coating that Cris applies to each shark, ray, and fish. 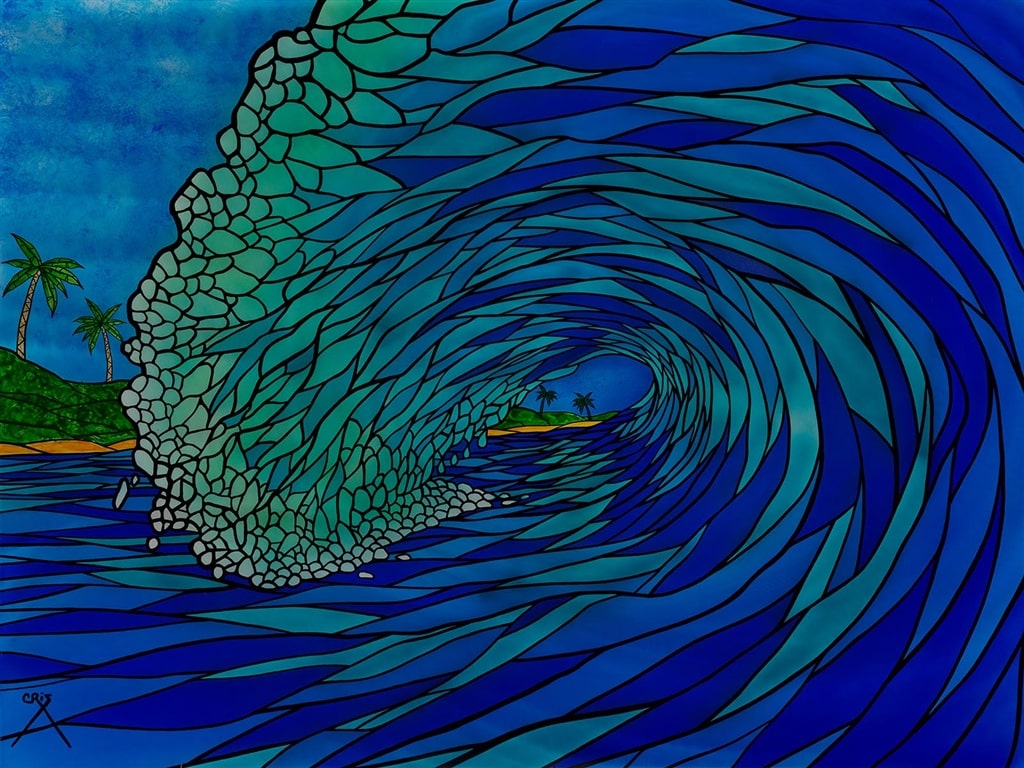 With each of his works standing as a true original, the flame designs on all of Cris’s artwork are hand laid with eighth-inch masking tape to ensure the design flows with the entire form. Continuous sanding, numerous layers of paint, and the final polishing stage all contribute to perfecting his brilliant surfaces.

After years of refining his craft, Cris began his “aluminations” on metal. These paintings on aluminum show that Cris has not only mastered his use of automotive paints, but also his manipulation of the metal. Because Cris grinds into the raw aluminum before the paint is applied, the metal reflects the light at different angles, giving the appearance of backlighting. 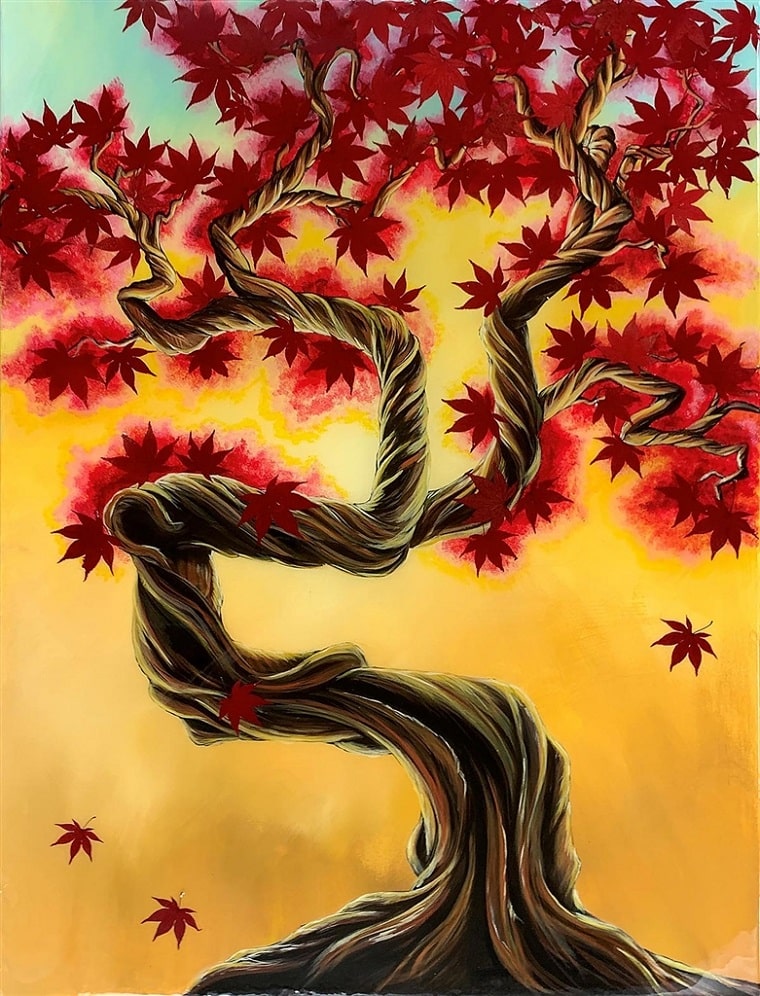 However, it is the artist’s strategic layering of the numerous candy colors which tint the metal and allow the light to reflect a vibrancy surpassed by no other. Each painting is clear coated and polished with the same lustrous finish as his three-dimensional sea life.

While Cris has accomplished great success with his artwork, his desire to create is never hindered. Recently, Cris released his newest collection, which he calls his “Sculpture Abstraction.” These sculptures combine hundreds of layers of glass, resin, and other proprietary composites that are all hand-sculpted and one-of-a-kind originals. Like his other works, all of his sculptures are truly a labor of love.

Cris’s dedication to his craft and his collectors has made his work highly sought after. The work ethic and attention to detail is the defining factor placing Cris’s work in a category of its own. 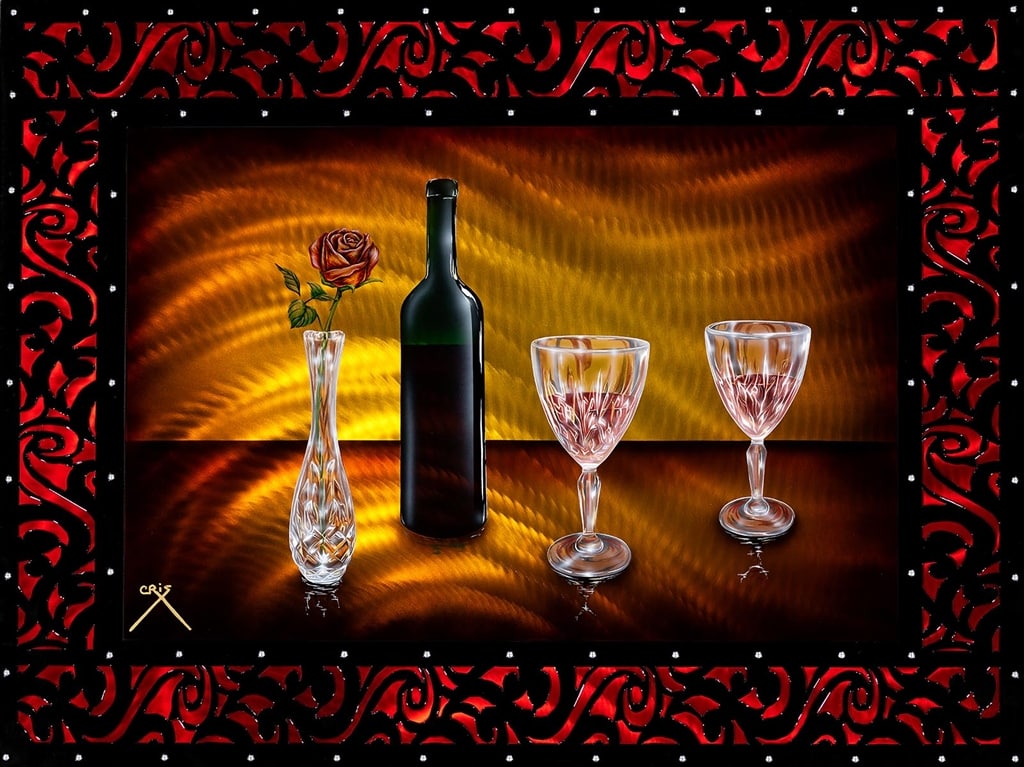 His collectors enjoy the acclaim his artwork has attracted and are always thrilled to seek out the uniqueness in each one of his new creations. With an infinite amount of imagination and innovation, there will never be an end to the world we experience with Cris X.

Las Vegas is a city of invention, a city that continues to reinvent itself on an almost daily basis. Take one look at the famed Vegas Strip and you’ll quickly realize that this glittering, [...]

The Many Talents of Artist Cris X Delight Online Collectors

One of the best parts of our online telecasts is how our collectors get the unique opportunity to venture into the studios of their favorite artists and watch exclusive interviews with the [...]