Oahu’s Chris Sebo is regarded as one of the best street painters in Hawaii and, in 2021, he was the grand prize winner in Park West Gallery’s inaugural “Made in Hawaii” artist competition. He applies layers of spray paint to his canvases, utilizing a special painterly technique, which creates vibrant, textured landscapes that capture the beauty of Hawaii in a way few artists can. 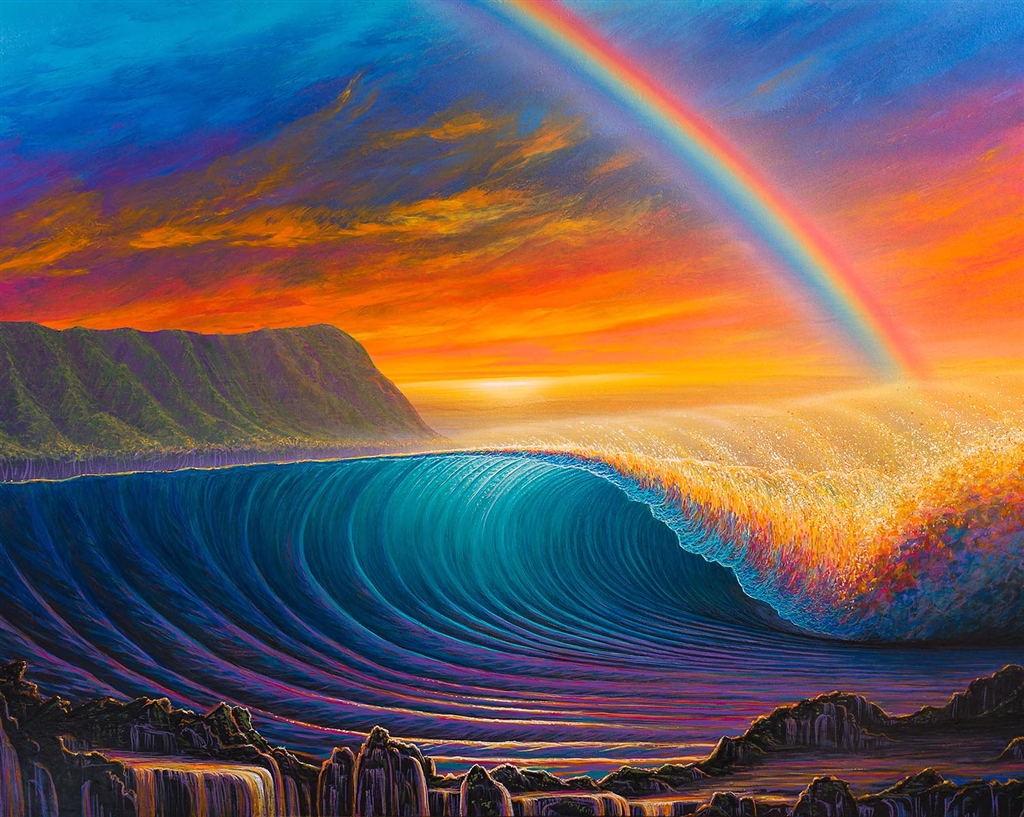 Based on Oahu, Sebo draws inspiration from the Hawaiian scenery that surrounds him. Sebo learned to paint graffiti at thirteen and, over the years, has developed his own unique artistic style. At the age of sixteen, he began experimenting with using different substrates and canvases and incorporating more color into his creations. His quest to create increasingly realistic artwork, using the tools he mastered as a graffiti artist, became a major driver in his artistic development.

His paintings are created using a variety of different textiles, including newspapers, boards, plastic wrap, or whatever other materials Sebo thinks might bring more unusual and profound effects to his canvases. His technique begins with applying strokes of spray paint across his canvas and then building layer upon layer of paint. That spray paint is later rubbed, scraped, and blended to expertly render his creative interpretations. 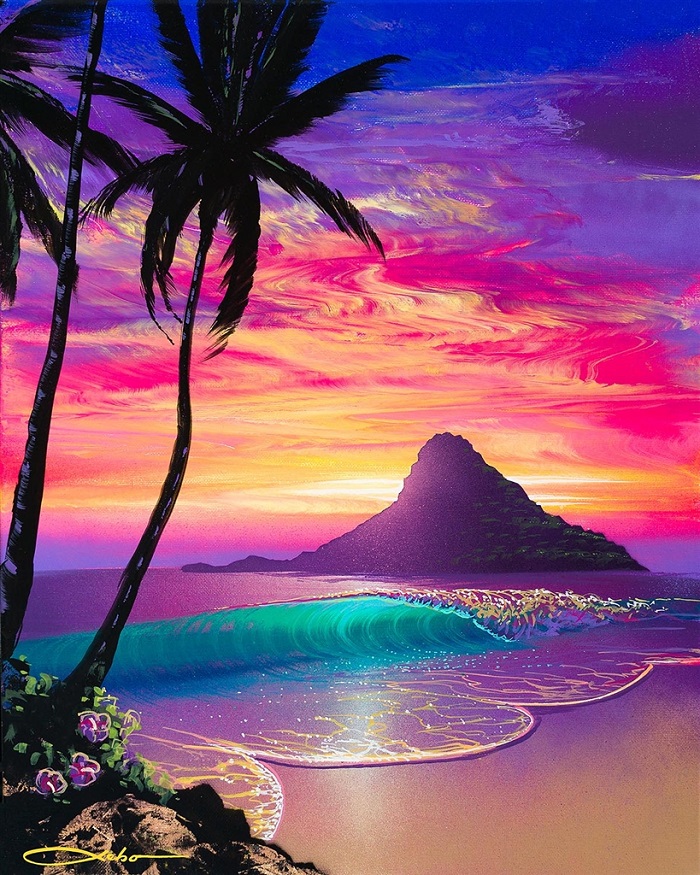 Sebo then creates puddles of spray paint straight out of the can which he applies to a palette, dips his paintbrushes in, and then brushes it onto his canvas—in the same way that traditional painters apply oil or acrylic paint—to capture the finer details of his compositions. 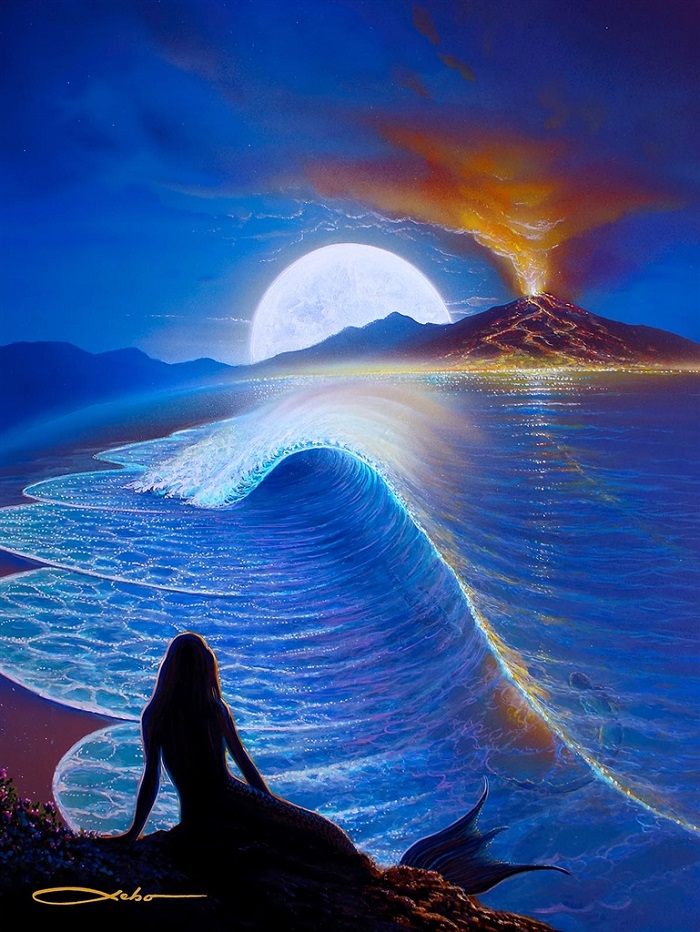 He has more than 20 years’ experience street painting in front of live audiences, primarily in Hawaii and Las Vegas, but also in Texas, New Mexico, Arizona, California, and Guam.

His artwork appears in private and public collections and has been featured in several magazines, television programs, and other media sources.

In 2021, Sebo beat out hundreds of applicants to win the grand prize for Park West Gallery’s first-ever “Made in Hawaii” artist search competition. Upon receiving the award, Sebo told the press, “This is truly an honor! Thanks to Park West Gallery, I have been given a wonderful opportunity to live my dream. I love sharing my imagination, and I hope my art will be seen as both an inspiration and a blessing to all.”

If you’re interested in collecting the art of Chris Sebo, you can contact Park West’s gallery consultants at (800) 521-9654 ext. 4 or sales@parkwestgallery.com 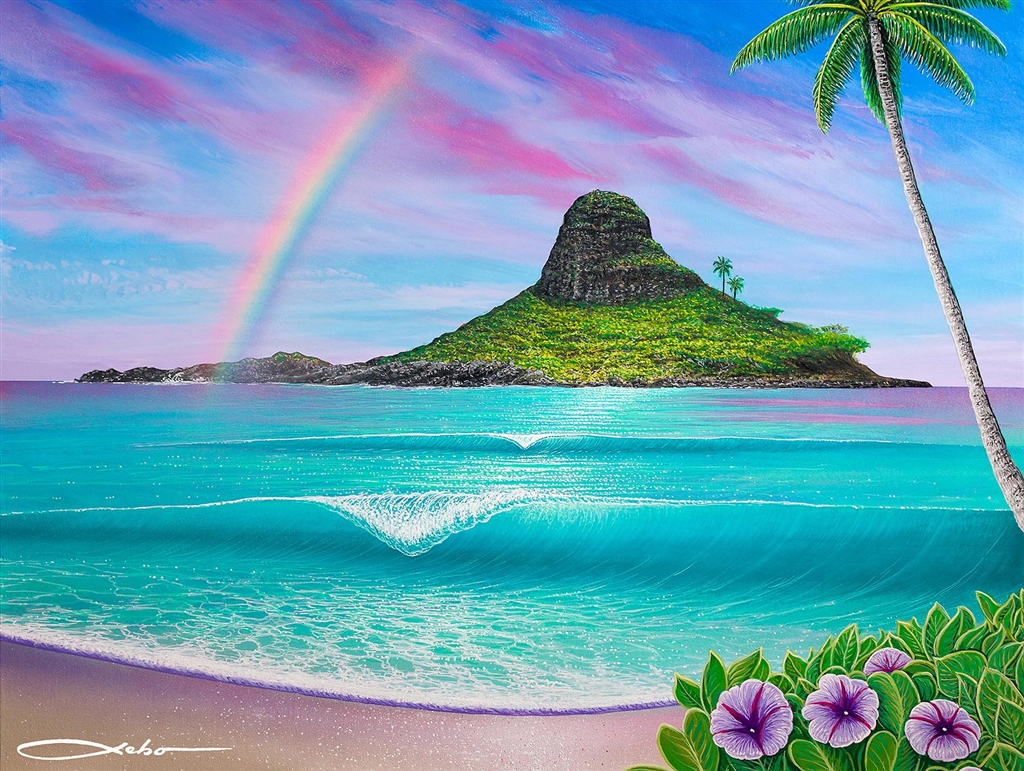 Back in November of ‘21, Oahu’s very own Chris Sebo was crowned the inaugural winner of Park West Gallery’s “Made in Hawaii” artist competition. Sebo prevailed over hundreds of fellow Hawaiian [...]