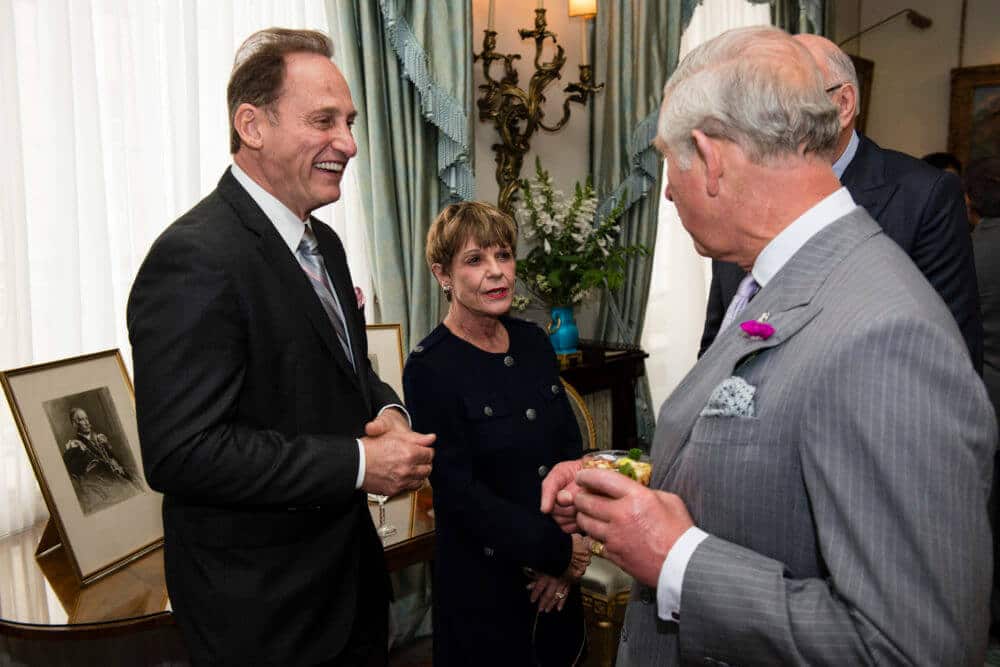 SOUTHFIELD, Mich. July 5, 2016 – The Park West Foundation and its co-founders, Park West Gallery Founder and CEO Albert Scaglione and his wife, Mitsie, are honored to become founding board members for an international charity founded by Prince Charles.

The foundation – the non-profit arm of Park West Gallery – is a founding sponsor of Prince’s Trust International, an organization formed in 2014 by Prince Charles to address youth unemployment throughout the world. To support this initiative, the Scagliones and their foundation donated £1 million ($1.3 million) to fund vital pilot programs.

The charity is an international version of The Prince’s Trust, which has given over 825,000 young people in the United Kingdom practical and financial support to lead stable lives while developing self-esteem and skills for work.

“We are extremely proud to expand the work of the Park West Foundation as the first founding sponsor from the U.S.,” Albert said. “It is gratifying to join Prince Charles as he brings 40 years of his acclaimed work from the U.K. to the international stage in support of helping disadvantaged youth around the world improve their lives.”

The Scagliones were invited by Prince Charles to visit the United Kingdom, where they attended the 40th anniversary celebration of The Prince’s Trust at Buckingham Palace on May 17. On the morning of May 18, they visited The Prince’s Trust Morgan Stanley Centre in East London, and that afternoon met with Prince Charles at a private reception for the Board of Directors and Pavlos, Crown Prince of Greece and his wife, Princess Marie-Chantal Miller, at Prince Charles’ residence, Clarence House.

Prince’s Trust International is a natural fit for the Park West Foundation, which has supported young adults aging out of Michigan’s foster care system since 2006. The foundation also promotes arts education and awareness and contributes to environmental conservation.

About Park West Gallery:
Founded in 1969, Park West Gallery has connected artists to more than 2 million fine art collectors through cruise ship art auctions and its art gallery in Michigan. Park West creates an entertaining, educational and welcoming environment that ignites a passion for art and offers an incomparable collecting experience.